I am buried by my own guilt and shame for a crime that impacted the victim, my family, and my community. 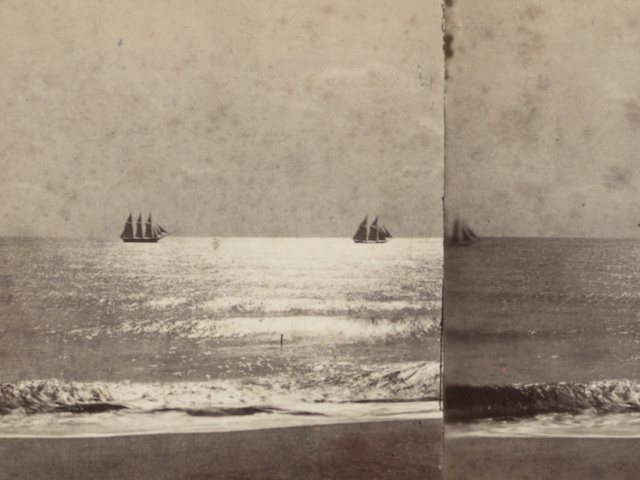 Editor’s note: In 2014, Franklin Lee was convicted of sexual abuse of a child. He is serving a 14-year sentence at Mule Creek State Prison in California.

Four years ago, in November, I entered my own personal purgatory. I was led down a hallway to a small and dark concrete room. It measured just six by nine feet, and a locked gate blocked the entrance. Then the lock slid open with a loud clank, and I walked inside.

The room was dark, and contained the barest of essentials: a steel sink and toilet, a metal bunk bed that was bolted to the floor, and two thin sleeping mats. The plaster walls were cracked, revealing old layers of paint—puke green, rust red, and a sickly yellow that might once been off-white. Some of the layers probably contained lead.

To make my bed, I unfolded a starched sheet and a black blanket, which looked questionable. Then I climbed onto the top bunk. The last occupant had left a souvenir taped to the wall: a picture of an ocean sunset, clipped from a magazine. Beneath it, he had scribbled a bit of scripture, from Philippians 4:8. “Whatever things are true, noble, just, lovely, good, report,” it said. “If there is any virtue and if there is anything praiseworthy, meditate on those things.”

Outside the cell, I could hear the roar of laughter and hundreds of conversations echoing in every direction. The sound reminded me of the Mad Hatter’s tea party in Alice in Wonderland. Staring at my paper scrap of sea and sunset, I attempted to drown out the chaos.

This was my first day in San Quentin State Prison.

San Quentin is on the North Bay, just across the water from where generations of Chinese immigrants came to the United States. They began to arrive during the California Gold Rush, hoping to earn money that they could send home to their families, and they labored and died while building railroads.

In the 1900s, an immigrant detention center was built on Angel Island, in the middle of the San Francisco Bay. Families were torn apart, separated by gender into cramped dormitories. The government interrogated the Chinese, trying to determine who already had citizenship, so they could cap the flow of immigrants. With no access to paper, the migrants carved poems, letters, and stories of personal struggle into the wooden walls. The hope was that one day someone would discover their sad fates. Some families never learned what happened to their loved ones.

My grandfather was among the lucky ones. His father had already established dual citizenship in Hawaii, and paved the way for him to come to the States. Later, he would bring his wife and 13-year-old son—my father—from China.

Growing up as a Chinese American, I lived a double life. I was not quite one or the other. My white peers shunned me for my “slant eyes” or “pug nose”; they called me “Ching Chong China man” or “Ah-so”; they called me “too smart” or “bad driver.”

But it is not in my “Asian nature” to lash out. I am and will always be an outsider—even to Asians. They looked at me as “white washed” or “ABC,” American Born Chinese. I have difficulty rolling my dialect as quickly as my Chinese brothers, and I would rather eat a hamburger than white rice. I grew up believing that I did not fit in anywhere.

That first night in San Quentin, I lay awake in my bunk, listening the late-night encore of “San Quentin Idol.” Contestants tried to out-rap one another with their own “hardcore gang” lyrics. Afterward, across the rotunda in the other block, I could hear the rallying cries of blacks, whites, and Mexicans shouting out their good-night roll calls. How did I end up being drafted into this army of criminals, locked away in one of the worst places in the world?

In the Asian culture I have known, honor is everything. Living without honor is a fate worse than death. I remember stories of Japanese men who disgraced their family’s name and committed harakiri, or ritual suicide. I remembered hearing that, in China, a daughter who has shamed her family will be shunned or beaten.

This made sense to me, painfully, when I was escorted through San Quentin for medical and psychological interviews. Asian staff members seemed to avoid me with special distaste, as though I had the plague. All eyes would disconnect from mine, and I walked in bitter silence. I was not white. I was not Asian. I was not human.

Who is a typical Chinese American? A student with a 4.5 G.P.A. who becomes the next successful doctor or entrepreneur? A computer genius or savvy engineer? A lousy driver who sings karaoke every Friday night, dining on sushi and dog? A master of Kung Fu and piano? I have none of these traits. My family are not Crazy Rich Asians. My parents struggled to make a living. I never had straight A’s and I did not become a doctor. The only typical thing was that my parents owned a generic Chinese American restaurant, and I was that kid doing homework at the far table.

When you look at me, what do you see? Do you make your mouth wider to articulate each word, in hopes I understand you better? No need, my English is fine. Maybe you pull your eyes at the corners to make fun of me. I had an argument once with a white inmate who stated I must not be a full Chinese, because my eyes slant the wrong way. Maybe you compare your skin to mine, to see if I am dark enough to know what racism is. When I fill out forms, I am not white, black, or Mexican. I am “other,” even though the world is populated by more Asians than any other ethnic group. Asians are still forced onto the margins.

I feel that I am nothing but a marginal person.

One day, I stood in the prison yard, looking out over the bay and watching ferries float by. Like most of the inmates, I wore a white T-shirt and boxers during our three hours outside. After 21 hours of confinement, we craved fresh air, but on this particular day, it started to rain. There was no shelter, no covering, just the freezing rain pelting me in my boxers. The guards, above us, watched with their rifles from an enclosed tower.

In prison, the whites hang out with the whites, the blacks with blacks, Mexicans with Mexicans, Asians with Asians. The misplaced hang out with the “paisas,” non-affiliated Mexicans, usually the ones who speak no or little English. To mingle with another group could lead to an act of violence. Like packs of wolves marking their territory, the clans do not cross boundaries. The whites’ TV, the blacks’ table, the Mexicans’ equipment time; everyone has their place. The percentage of Asians is small. I am one of the unlucky ones. An Asian without an affiliation does not fare well. Small in stature, with features like porcelain, we are targeted as passive or preyed upon.

In prison, every step, every action, every reaction is scrutinized by everyone. If you are not in prison for drugs or gang violence of some sort, then you are looked upon with suspicion. The pecking order finds murderers on top, with snitches and sex offenders on the bottom.

Being convicted of the latter, I am at the bottom. I am buried by my own guilt and shame for a crime that impacted the victim, my family, and my community.

At 150 years old, San Quentin is America’s oldest continually-run prison. It is a sad testament to the stain of incarceration. In the year that it was my home, I witnessed stabbings with homemade shanks and gunfire from guards. I watched strong, tough men attempt to hang themselves or slash their wrists. I heard the sound of cockroaches scurrying across the walls and floors. In the darkness, rats fed upon whatever they could scavenge.

When I was 13, I visited my father’s home village in China. Even in Chinese cities, I felt culture shock; my father’s village—two hours from the nearest city, Canton—was a stone in the pit of my stomach. We traveled through rice fields and flat farmland on a narrow unpaved road. When we arrived, I saw a small community of wooden shacks. The one belonging to my father’s family had two rooms: a bedroom for six, separated by a curtain, and a main room with a portable sink that served as a kitchen, dining room, and living area. There was no linoleum or carpet or wood floor, only dirt, and the light source was a shoddily rigged light bulb, dangling from the ceiling. This was what my father left behind so I could have a better life.

Looking back, I know that I broke my father’s heart. I know that when I came to prison, his hopes for me died.

One day, I will go home, wherever that may be. First, I will spend at least a decade bouncing between prisons all over California. When I get out, most of my family may be gone. I am still trying to determine whether that matters. I have lost my identity within the judicial system, but I will continue to look for myself. I will always carry my Asian name, like a scarlet letter, but I will not look back. All I have is the future.

This essay is part of A World Without Cages, an AAWW initiative exploring the literature of mass incarceration and migrant detention.

Franklin Lee is a first-generation Chinese American born in Northern California. He is currently incarcerated at Mule Creek State Prison, where he works as the lead reporter for the Mule Creek Post.
Tags: Franklin Lee