Essays    Reportage    Marginalia    Interviews    Poetry    Fiction    Videos    Everything
Poetry Tuesday
There is No Me Inside Me: Four Poems by Kim Yideum

I write myself into the fiction / whether you see me or not.

The following poems, translated from Korean by Jake Levine, Soeun Seo, and Hedgie Choi, are from Kim Yideum’s latest collection Hysteria, which will be published in the U.S. from Action Books this spring. Read an interview with Kim Yideum on The Margins in which she talks about the Korean literary world’s #MeToo and why the material is more honest than matters of the soul.

There were a lot of Jinju kisaeng,
but I’ve been told our family didn’t have any.
The Jinju kisaeng who lived under the skirts of Mt. Jiri have the longest history,
but our family had only chaste women. No kisaeng.
When Father reads from the family register
he lists nobles and scholars. No peasants, slaves, or merchants.
One afternoon we watched the Jinjukyobang shaman dance in the Chokseoknu pavillion.
I met eyes with a woman performing a sword dance.
She was wearing socks and
traditional and brightly colored cloth covered her hands.

How did we not have any kisaeng in our family?
That we didn’t have a government slave aunt who plucked a gayakeum with a fluffed heart when the moon rose by the window,
a grandmother who killed herself because she didn’t like attending to drinking parties,
a beautiful slave girl mother,
an uncle who crossed rivers to peddle colorful silk,
or a peasant grandfather who pulled out his sword because of contempt and scorn
is so disappointing.
How did we have an ancestor that saved the country every time we faced an insurrection,
but not a single daughter who was sold off to be a kisaeng?
It’s depressing.

So where did the kisaeng in my mind come from?
Tonight by the river, I want to be an inspiration.
What to do with my decadence? My decadence would sell my soul for a single line of a poem.
Which star is that gene stuck to? My adult entertainment, sword dancing every night,
I’m no different than a physical whore strapped to the indenturement of a private loan.

I’m a kisaeng. But I’m not a girl sold off for her sick mother. I’m a voluntarily obscene and debauched emotional whore. I wake up with the feeling of having done it, so I puke and drink and do it again. I shake my ruffled hair like a person coming to save the mood of a party. In a mess, I write something.

I walk the south side of the Jinju river. Tonight is the Yu-deung festival. Drunk people at the night market talk at me. National flags painted on paper lamps float above. They fall into the river and get tangled up. Lights float on the filthy breaths of people who spill out this country market. They give life to the night.

Disheveled and sleepy, I pull out my pen and bite. Unaware ink is dripping from my lips, I sit by the riverside and write something. I sob. I’m obsessed with the lines I write. I’m a madwoman who finally believes she is bound to poetry.

The devil appears. He pulls down his pants in front of my eyes.
I’ll give you a line if you give me a suck.
Is he really the devil? Even if he is, I will suck and suck and suck and suck and suck.
I sleep and wake and walk outside. Without desperation, without shame,
I bite a big pen and suck until poetry comes.
I’m an emotion slut.
When I say I’m a poet
I feel like I’m confessing I’m a whore.
No one in our family sold themselves, Father said,
We never had blood like you.
I stroke my pen and shake violently.
I feel like an old filthy whore on a full-moon night when the country festival is booming.
I’m dancing, a sword in each hand.

I close my eyes when she enters the scene.
She only wins if I don’t watch.
When the dress rehearsal is over
it means it’s time for me to go.

But today feels different.
Should I stay and watch the match?

The figure skating queen takes the ice.
The dancing queen is in the Kollatech. (The Secret Sunshine Aunt that left the Secret Sunshine river came back to Mushincheonga and started singing again. She puts on makeup like a 60 year old widow puts on a disguise. Her ass made strong in leggings shakes to the music while she sings. What a sight! The old people’s Kollatech where seniors pay a two dollar entry fee and hang about all day looks like an old industrial warehouse. People make eyes at each other and go to motels and parks to have sex. They stomp their feet weirdly. But it’s not dancing or disco. What the fuck? Fever rises in their genitals like horny pigs sensing death at the slaughterhouse. Why did you come here when you didn’t have to? Did mommy tell you to go have a look? What’s up with your clothes? You’re like a kid with old people taste. [Omission] self-described dancing queen.)

I’m like Borges dictating a story;
I write myself into the fiction
whether you see me or not.
Only when what you think is true disappears
does actual truth emerge
because there is nothing behind the facade.

When Kim Yuna is skating
I darken like Stockholm at three in the afternoon.
I make a phone call from an alley in Gamlastan, old-town Stockholm, in the middle of a snowstorm.
I deliver the lines like I’m reading from a teleprompter.
I can’t write new things forever.

The show goes on. There are a lot of candles.
Kim Yuna puts them out by blowing her breath toward me.
Maewol Dong acts the part of Kim Siseup and
Play the play! Alfred Nobel does his best Nobel.
I do a show in a Sweden forest. (At a party-store in front of Hongdae I bought a silver mask for three dollars. The cheering crowd mistakes it for a fancy Italian mask. As soon as I cover my face I forget myself like I have a mental illness. [omission].)

Kim Yuna wants to be Kim Yuna.
Bare fist is the antonym of closed fist.
A naked face is not a real face.

Candles line the streets of Stockholm during the Christmas season.
I look at the reflection of myself in a store window.
Beside a glass jar filled with anise candy
I’m single layered.
There is no me inside me.

I want to rip you apart with my teeth. I want to tear you to death on this speeding subway. Hey, you groping, hey, hey, hands off! Ripping, I’ll shred any second. I want to scream, throw a fit, but I take my hand and push deep into my gut. Breathe. Deep. Don’t fucking touch me. I said stop leaning on me. Driving me nuts, what the fuck? My leather’s pulled taut, a fox or a wolf, something’s about to pop.  Flowing blood like a lunar halo, bloodstains that bleed through blue sheets, you think that’s instinct? Because of the full moon? Shut your mouth. Truth speaking woman, if you know the truth, keep it to yourself. This is the gospel of filthy humans. Periodic bleeding. Stomach cramps. I won’t stop. I’m complicated as hell, but people try and try to get inside. I’m an insider, me. Not an outsider. You mumble even in your sleep. Sudden hemorrhaging. Blood flowing. A world with a big door. Closing, opening, repeat, repeat. A wheel that stops and stops as it turns. I need a new route, need to get out. I need a heavy duty maxi pad. What to do with this passed-out-fucker? With his hand in my coat, this fucker is talking in his sleep like he’s reading a scribbled letter. I want to kill the motherfucker. But what if he’s my lover? If only I could pick him up by the back of his neck with my teeth. I would leap off this train and sprint over the tracks. I would head to the darkest part of the night, my wild hair flapping. If only I could go to the sandy beach on the red coast, moonlit. There, beside the cool well that flows, I would lay him down. If only.

This granny peddling Aori apples under a cherry tree,
did she doze off? Is she dead?
Crouching, the crack of her ass
almost touching the grass
flashes for a second
like a single vein of a leaf on a withered bush.
You buy it. You don’t buy it. Whatever.

With nowhere to go
I ride the bus.
Number 111 to Hannae Street
has just one route.
You ride it. You don’t ride it. Whatever.

I have this hobby where I go to the back of the bus
and lean and stare out the window
until I fall into a sleep so deep I don’t breathe.

I get off the bus in downtown Shinuiju.
I hold a bathing suit stuffed in a black plastic bag and wait.
A man approaches, waving.
His faint face has spreading skin.
The sun licks him with its tongue.

I guess we’re a pretty mundane couple, the kind
that bashfully, awkwardly
hugs each other at the public pool.

I wake up, open my eyes
and the aura disappears.
A hopeless escape attempt, the green
Aori apple rolls toward the driver of the bus.
Awake, I am Desdemona, Patzzi, Annabelle Lee, the Princess Abandoned.
Reality is an exceptional time without dreams.
The smell of drying peppers blows in
from a vanished mill.

Kim Yideum is the author of 7 collections of poetry, 1 short fiction book and 2 books of essays. Even though Kim Yideum is a part of Korean literary culture, she hates Korean literary circles and publishing culture. For the last year she has run a café and social space called Book Café Yideum. In October she started her own publication, Paper Yideum, which she runs out of the café. The first issue was a theme issue that included the work of 8 young Korean writers living in America.

Jake Levine is an American translator, poet, and sometimes critic. He received both his B.A and M.F.A from the University of Arizona and is currently working on a PhD in Comparative Literature at Seoul National University. He works as an assistant professor of Creative Writing at Keimyung University and as a lecturer at the Literature Translation Institute of Korea. He is the editor of literature-in-translation at Acta Koreana and the Korean series editor at Black Ocean.

Soeun Seo is a poet, a fiction writer, and a freelance translator from South Korea. Her translations have appeared at Hayden’s Ferry Review, Circumference, and “시와 시평” (“Poetry and Criticism”). Her original poems have been published at Hayden’s Ferry Review, Potluck Magazine, Witch Craft Magazine, and Fuck Art, Let’s Dance. She is currently attending the Michener Center for Writers.

Hedgie Choi is a graduate of Yonsei University. She is currently attending the Michener Center for Writers.

Protected: Sungei Road
There is no excerpt because this is a protected post.

The Fates: Two Poems by Eddie Kim
'There’s a piece of me / that has never been / to this country and another that never left. // I stare at strangers as if they might be friends. // It took three weeks of traveling / before anywhere looked like home.' 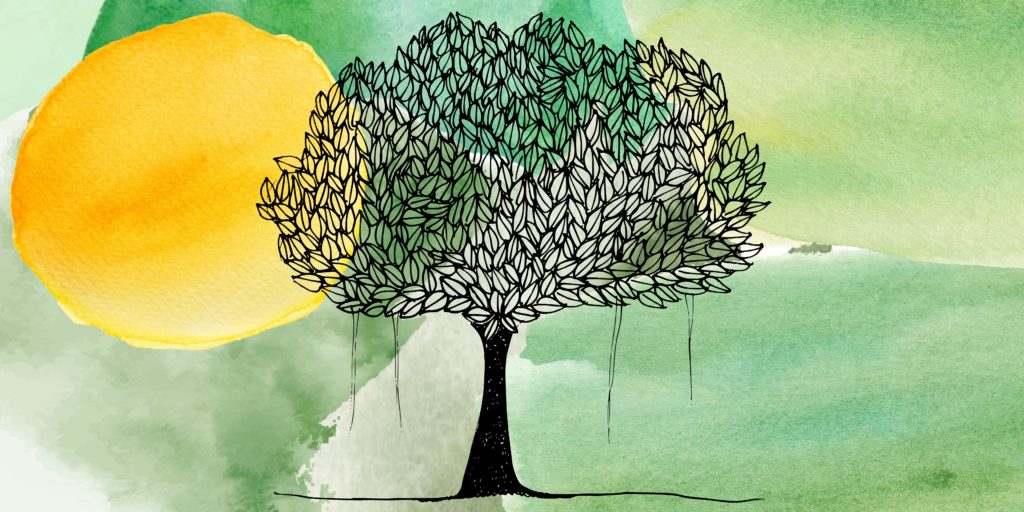