Freedom struggles are unfinished—are continuities. In this notebook, a group of writers speak to the question of unfreedom and the accumulated erasures in the way we are asked to think about freedom and liberation globally. When freedom (and lack thereof) is a function of imagination, what imagination are we building? How are borders, nationalisms, capitalism, and the languages thereof, internalized? How can we save our imaginations therein?

“If your piece could define unfreedom, what would it say?” we asked each of our contributors. Here are their liner notes on Unfreedom:

Freedom (and lack thereof) is a function of imagination—what imagination are we building, or allowing ourselves to build towards? How are borders, nationalisms, capitalism, and the languages thereof, internalized? How can we save our imaginations therein? —George Abraham

Freedom is the oxygen of democracy. Right now that freedom, especially for people of color, is imperiled. As both a writer and a citizen, I am compelled to act, with my pen as my weapon of choice, just as Carlos Bulosan in 1943 took his up to write ‘Freedom from Want’ so prescient and that still speaks so eloquently to all of us. —Luis H. Francia

Unfreedom is inherent in the necropolitical, neoliberal nation-states; whose imperial and colonial agenda is to encourage each other and convince their masses that giving up their freedom is akin to sustaining them. Unfreedom manifests in the technologies of torture: the undue and unnecessary death that are being handed to marginalized populations across the globe and which look uncannily similar. The counter is to recognize the interconnectedness of global oppressions and to create solidarities to dismantle them. —Ather Zia

Freedom/Unfreedom can be the difference between being able to define one’s self and one’s goals versus having to live a lie imposed by colonization or authoritarianism, the difference between pursuing a personal dream versus merely working to survive. In response to the passing of the new draconian National Security Law,” says writer May-lee Chai. “I wanted to bear witness to changes that I have seen over the past thirty years in Hong Kong: not only the fears of Hong Kong people but also their hopes and their ongoing struggle for the freedom to define their own dreams. —May-lee Chai

“Third” defines ‘unfreedom’ as the distance between the individual and the assembly; the people are making a history against extinction; won’t you come closer? —Zaina Alsous

Notes for “Third”
By Zaina Alsous

She does not know if she’s an “opportunist”; this probably means she is an opportunist; She wonders if there is Judgement Day before the revolution; She forces all of her sexual partners to watch The Battle of Algiers. 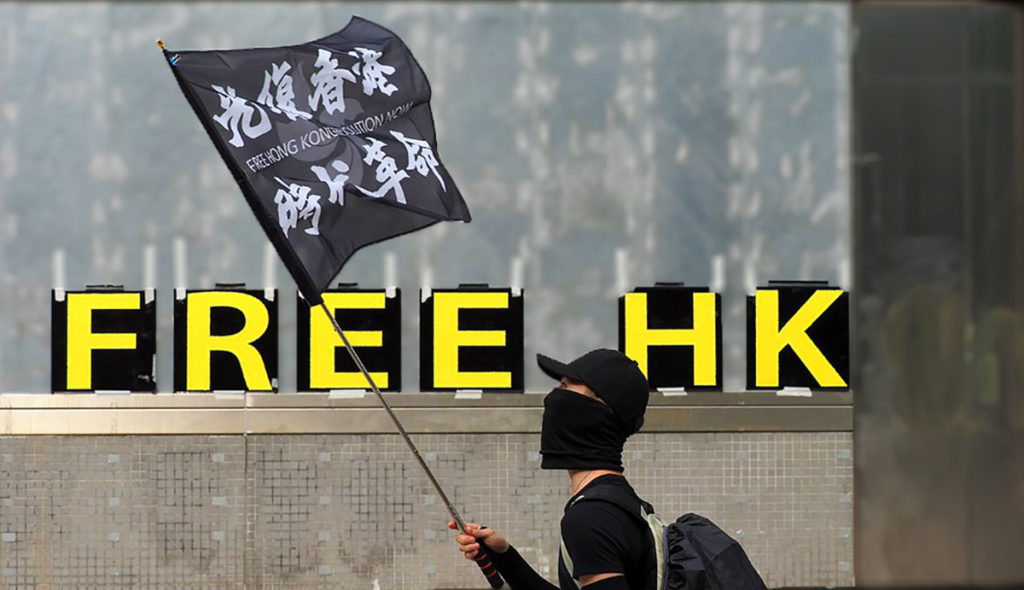 In the summer of 1990, 62,000 Hong Kong people chose to flee the city because of the violent crackdown on student protesters at Tiananmen Square the previous year. Now once again, people in Hong Kong were faced with the dilemma: to emigrate or to stay.

rises, bloodied, and breathing and begins walking as if in hope. / of being heard.

Enunciations Yet To Come: reflections on Excerpts from The Hongkong/Xianggang Cookbook
By Rosemarie Ho

If The Revolution Has Come
By Quincy Scott Jones, Nina Sharma