The Hyakunin Isshu was compiled by the poet and scholar Fujiwara no Teika (1162–1241 CE). He had originally collected the poems to serve a visual purpose: his colleague Ustunomiya Yoritsuna asked him to decorate a house in Sagano, Kyoto, and Fujiwara no Teika selected one hundred waka (from around eighth to thirteenth century) to write on thick paper for dividers, sliding doors, and windows.

Waka is composed of five lines, with each having a specific number of Japanese syllables (5-7-5-7-7). Authors utilize various rhetorical devices to establish the complexity and multiplicity of expressions while maintaining the syllable structure of their works. Some devices are kakekotoba (words with double meanings), makurakotoba (epithets used in association with certain ideas or words), and kotobagaki.

By The Hyakunin Isshu: 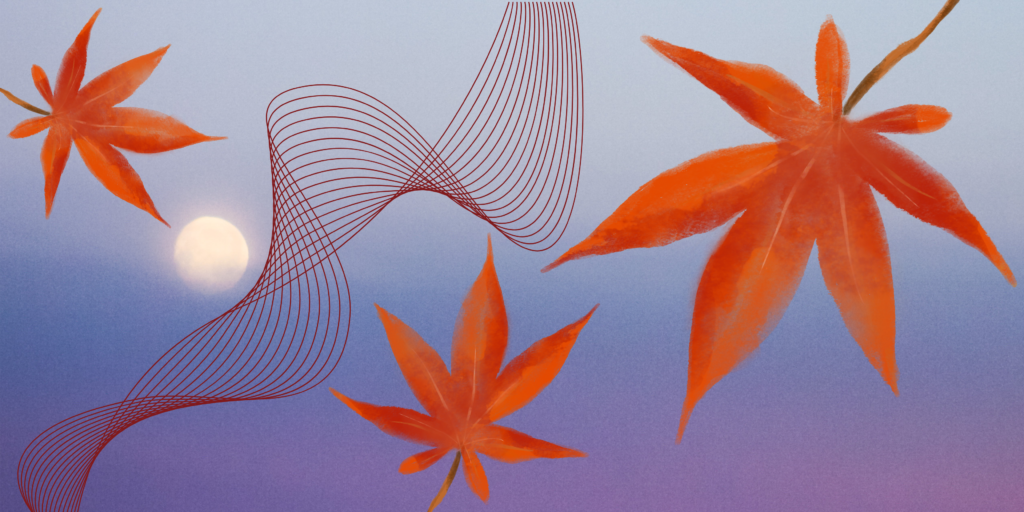