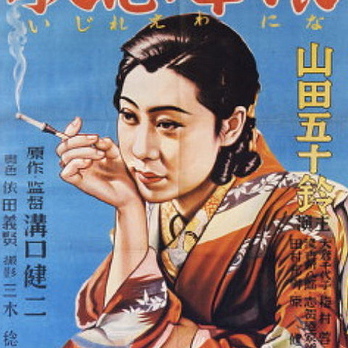 Tokyo New Wave actress Isuzu Yamada passed away on Monday, July 9, at the age of 95.

Yamada was the first actress ever to receive the Order of Culture from Japan, and has been described by many as the greatest actress of her/our time. She was exceptionally cast as a rebellious geisha in Kenji Mizoguchi’s Sisters of the Gion, and was just as searing in her portrayal of a medieval Lady MacBeth in Akira Kurosawa’s Throne of Blood.

Anne Ishii is a full-time writer and strategist based in New York City. She is currently developing a professional mentorship company called Salt and Pepper.
Tags: Isuzu Yamada, Lady MacBeth, Sisters of the Gion, Throne of Blood, Tokyo New Wave