High school art teacher and artist Rajive Anand grew up in suburban New Jersey in the 1970s. “There were no other Indian kids there. There were three Asian-American kids in my school and I was one of them” He says as he runs his fingers through his hair and lights a cigarette, “the other two kids were named Alex and Noah, so naturally I was acutely aware of my difference from a very young age because my name sounded foreign to the other kids.”

William Khan, the protagonist of Anand’s Laserman comic book, is a math and science genius who interprets the world through a strictly empirical lens. After a fire kills William’s parents and his brother, the young genius is left an orphan. Khan’s superpower is distinctly Eastern–he is able to shoot laser beams through his third eye, an area in the center of the forehead considered a path to higher consciousness by some Eastern religions, including Hinduism.

“We need a new superhero that will not depend on the tropes of past heroes,” says Anand who copyrighted Laserman in 1985 at the age of 12. At the time, he says, the world wasn’t ready for a “brown superhero.” Now, in his late thirties, Anand hopes William Khan/Laserman will receive a warmer reception than he might have 25 years ago.

Presented in partnership with Pineapple and Milk

John Paul Infante and Nabil Rahman are the founders and editors of the arts website pineappleandmilk.com. Infante has taught creative writing as an adjunct professor at Lehman College and as a facilitator in after school programs. Rahman is a multimedia journalist based in the Bronx.
Tags: Bronx, Ditmas Park, Indian-Americans, Laserman, Perfect Stranger, Rajive Anand, arts, comics, representation, video 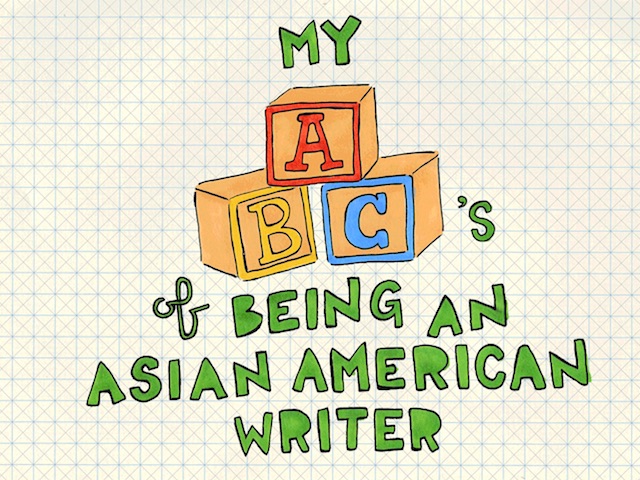 Kate Gavino’s ABCs of Being an Asian American Writer
From Ann M. Martin's Claudia Kishi to intersectionality, SPAM, and The Woman Warrior