Everybody thinks you become someone different when you’re someplace different, but it’s not true, you come back and you turn the same again. 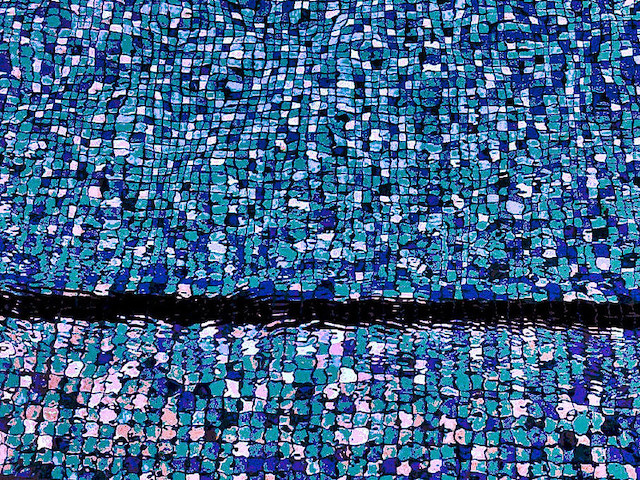 For breakfast we eat potatoes drenched in oil and finished with butter. They call them potato waffles and there are 315 calories in three. mis is the sort of paradise where you don’t have to care.

This is the sort of paradise where everybody is a rotund Hawaiian-shirt Don or pink-polo Debbie and nobody can stop getting seconds.

I have found a way to fit everything in my stomach without bursting it: if you eat at non-stop stride, but at a medium-level speed and alternate between savoury and sweet, you can manage to try everything.

Here, the soft-serve machine is on during breakfast hours. Santa Coy and Dad get creative and eject their sundaes on top of potato waffles, making sandwiches. Inside these potato waffles is bacon, bits of crushed toﬀee, chocolate chip hot- cakes, and half-puréed strawberries. They eat three different versions of these and then we sit in silence for a bit and Dad makes of of the family sitting on the other side of the room who are just tucking into their sixth round from the buﬀet.

Santa Coy and me are sitting at the table across from each other, waiting for Dad, who’s gone to the bathroom. We stare at each other and Santa Coy smiles a little.

You go on holidays much? he asks.

I tell him: not since I was about eight. Where’d you go?

I tell him: here. Same place?

Yes. Exactly. It’s the only place my dad knows how to go to.

I ask Santa Coy if he goes on holidays much. He tells me he was in Monaco about six months ago for his cousin’s birthday.

He says: good, there was this Olympic-sized swimming pool at the hotel. That the harbour’s nice, that the weather’s perfect. The arcades: fantastic.

No, I say. What’s it like to be somewhere?

He says it makes him depressed.

I ask why and he says it’s because everybody thinks you become someone different when you’re someplace different, but it’s not true, you come back and you turn the same again.

I ask him: how can somebody become something else then? My dad has been the same person forever.

He says: well, your dad’s been diﬀerent since I’ve been around, hasn’t he?

Dad comes back from the bathroom looking a little happier, and we go back to the poolside. When we get there a drunk man walks around talking to himself and Dad and Santa Coy video him. He’s saying this: nothing’s working, I wants to go to Francis’s house and throw a frying pan at that goddamn ceramic dog statue, I wants all the lights to shut oﬀ and for me to be the pinnacle of the world, I will pray but I don’t know how and I’ve forgotten how to close my eyes. He says all this like he’s explaining a business deal. He stops, tries to throw a cocktail glass at Santa Coy and Dad when he sees them filming.

We sit in the hotel room watching cable for an hour before getting in the car.

Out beyond the resort is nothing.

We sit on top of the Commodore and pretend the heatwaves are diﬀerent types of canine growls.

Santa Coy is painting an angel on cardboard. Dad is counting cash.

There are plans being made in quiet talk. They’re mainly discussing profit. I remind Santa Coy about how he wanted to put his art on public walls so that it wouldn’t be Napped inside rooms or books the way he hated. He looks at me and says, oh yeah, yeah yeah.

They give me a bottle of beer, and then another. When I drink them my face glows up.

Santa Coy drives us back to the resort, and I stare at the outback dunes and they’ve become Rottweilers.

I’M DRUNK BUT MY HAIR’S NOT OILY AT LEAST.

My dad’s just told us all the stories he knows about serial killers while we eat steaks in the resort restaurant and somebody sings a hard-boiled country ballad. Nine serial killer stories learnt by heart.

Dad and Santa Coy have so much money that they go to the gaming room and spend it all on some hope. I go to the recreation room and in here is just a boy who looks a bit younger than Santa Coy, playing Crash Team Racing.

I’m drunk, I tell him. I’m barefoot in the door.

I probably have a crush on this boy because of his hair. I sit next to him and take the other controller but he won’t put it on multiplayer mode. When I ask him why he won’t he tells me because his screen will be too small then.

If I could tell him all the things I want to do with him, I’d tell him:

Jamie Marina Lau is a multidisciplinary artist and author. Her first novel Pink Mountain on Locust Island was published in 2018 with Brow Books and in 2020 with Coffee House Press. Her second novel, Gunk Baby will be published by Hachette/Orion in 2021. 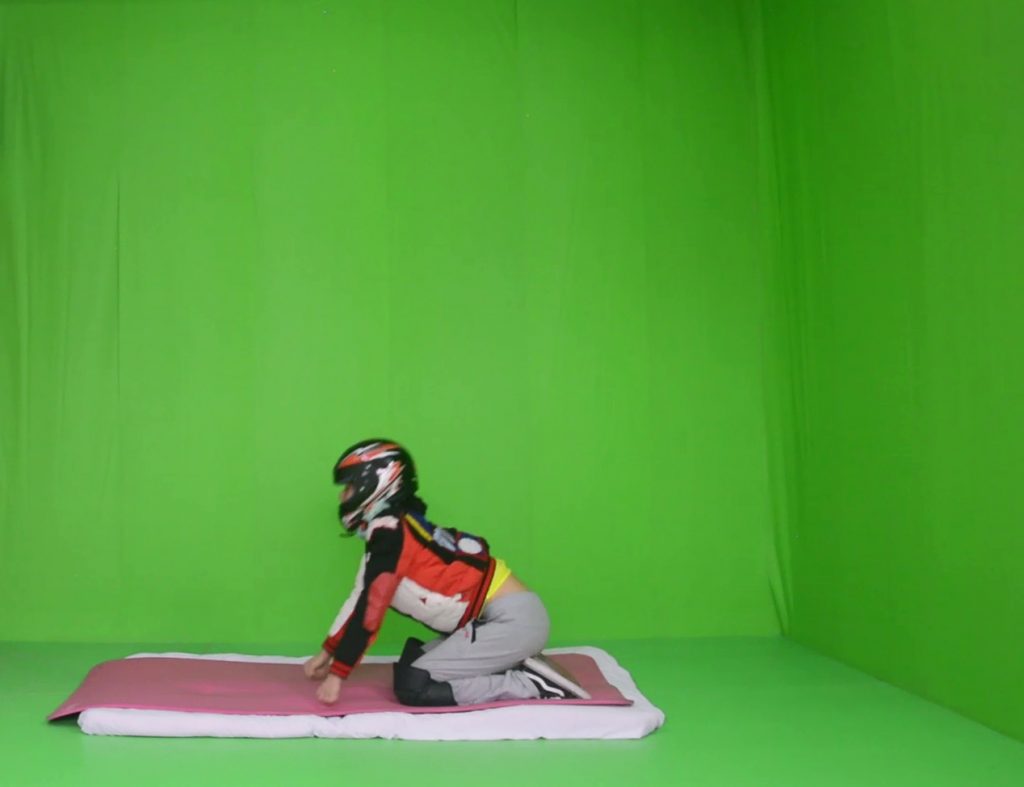 Careful, Mama Says
A two-minute stare-down with their father’s deathbed occurs. As though the thing will explain itself. 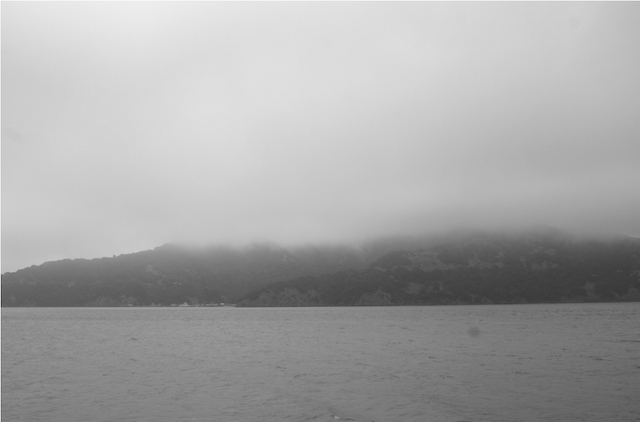