So do I tell her the name Cy sighed last night? Do I say how it landed on me like dew, like shroud? 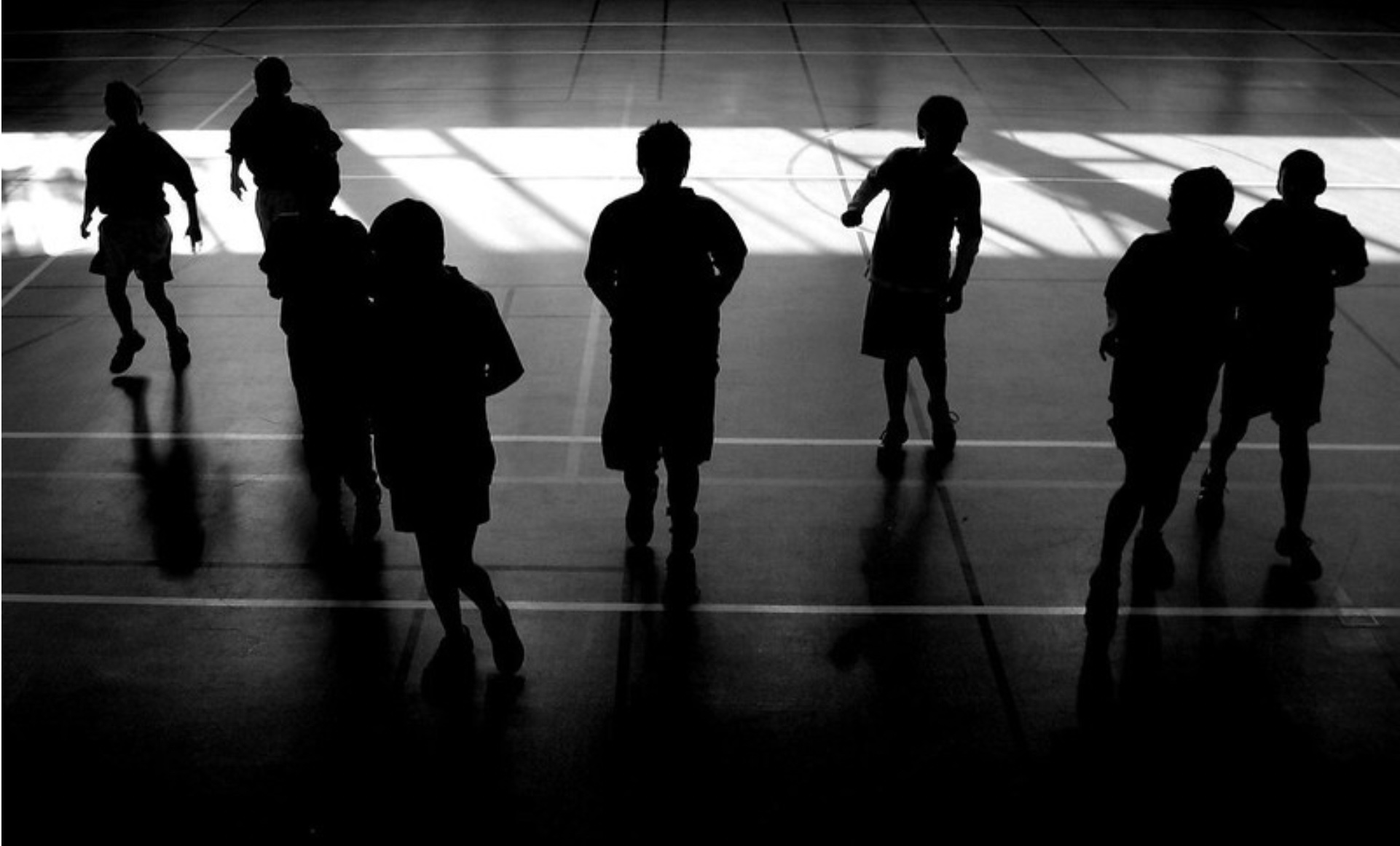 Long before I accept myself and facts like white men’s violence, the boy goes in before me. He’s a ginger. We’re alone. It’s not my room, but I lock the door. We duck into bottom bunk. He lies in the middle of the skinny bed. I’m close to falling off, but it’s okay because we’re holding hands. I hear his smooth breath and the long slice of a plane in descent. That’s LAX—for years my family’s layover from Illinois to Taiwan, now my noisy neighbor.

I’m wondering where else our hands might land when the doorknob starts to rumble. It can’t be Maybelline 阿姨. She’s finishing up her night class, might even be on her way home by now. No, it’s Cy. The boy and I are in his room. We’re all in the same PE class.

He pounds on the door. He asks what I’m hiding this time. I want to correct him—he’s the reason 阿姨 almost took the lock away. I make something up instead about a science experiment.

This is the Lees’. I am a Yu—a visitor, a guest. I don’t know which. My parents haven’t said how long I’m staying. 媽 and I, we don’t talk now that she’s moved back, sent me here. And 爸. Does anyone know where 爸 is?

No one has said that this isn’t normal.

The boy sits up as if raised by wind. He’s about to talk back, chest puffing, shirt tightening. I cover his mouth. He breathes in, vacuums my palm to his lips. I point at the open window. We climb out to the roof. I tiptoe to the edge, avoiding crumbling shingles. He leaps, he lands on lawn, he dashes down the driveway. I jump, fall, survive. We walk side by side. We propel down a hill, the ocean our private horizon. We stop at a white house, the curtains blue, tree branches in bloom. The sky has taken on the orange of his hair and the pinks of his hue. All of it is his, this whole magnificent world. He says, “That’s me,” I say, “That’s nice,” and when I ask to kiss him, he leans in.

This afternoon is every single show I’ll never see myself in.

I heave uphill to beat 阿姨 back. When I get to the Lees’, her car is already there, exhaust pipe still hot. I’ve sweated my shirt dark as dusk. My chest feels sticky like piles of dough. Cy’s window is still open, but I can’t climb—I’d be too much. The pipes and lights I’d tear off, the tendons and bones I’d bend wrong in my fall—I’d break too much.

I go through the front door, take off my shoes. The umbrella stand holds a wooden stick that 阿姨 hasn’t used. 媽 had one. It was rubber with a cartoon hand, 愛的小手. Once, after 爸 left again, 媽 and I ate a whole bag of potstickers from Costco while watching Nick at Nite. During a commercial break, fishing for chunks of meat in the pot, I asked her if she was happy. She left without a word, came back with the stick, and struck me from behind. She held me, and she sobbed. I didn’t know what to do with my body, so I stood by. On TV, the Bradys ate roast beef. They passed a plate of broccoli and gave such fine apologies.

After 媽 went back to Taiwan, I’d never live with her again. Not at length, not like family—only as visitor, guest.

“It’s late, Norman,” she says from the kitchen.

“I was finishing an anatomy project,” I say at the bottom of the stairs. “It’s for the teacher with the pasta sweater.”

I hear the microwave beeping. Its door shuts. I am stuck, remembering the time 阿姨 hurled Cy’s computer monitor down the stairs. It almost hit me that day. I was stuck, stilled by the sight of my hurtling reflection in the oncoming screen.

She turns the corner. She holds up a Chinese take-out box. I say no thanks before scampering to Cy’s room. Outside his door, I hear her hum the Brady Bunch theme song.

He’s in bed, his long, bare feet dangling from the top bunk. I lie beneath, his bedframe like a coffin lid. I shut my eyes. I imagine the boy on top of me, light as a leaf.

Cy’s breaths are jagged as a handsaw. I think he’s asleep. Then I hear rustling, then maroon moaning. I harden. I choke my you-know-what. I decide to wait out his pleasure.

I am slipping into sleep when Cy says the boy’s name. He exhales it, turning the white boy into our breath.

I agree. I feel a violet guilt. Who am I to deserve touch, the ginger’s Starburst-pink affection? I lie until first light.

The next day, long before I recognize myself and facts like Black men’s vulnerability, I’m in PE. It’s the football unit. I change in the bathroom stall so no one sees my dick, my stomach rolls. Outside, the ball reaches the sky. It eclipses the sun. It hurtles toward me—for me—I run. “Look at the panda go,” the teacher yells. The boys cheer. I reach for the ball, I don’t jump. It skids the top of my helmet and falls.

The boys thunder. They circle. I look for the ginger in the huddle, his uniform number the date of my birth. What I find is Cy beside him, arm slung across his back.

At home, I find a note on the fridge: Maybelline 阿姨 has a test tonight, so we can get delivery. Cy’s locked himself in his room, but I don’t need to ask what he wants. I know: Chicago deep-dish and buffalo wings, extra celery, extra ranch.

We eat. 阿姨’s telling me all the dumb things her co-workers did at Hobby Lobby today. I’m sucking on the wings to get off all the meat. That is when Cy spills.

“Norman locked himself in my room with a boy yesterday. I told you he wouldn’t change.”

But the vids were our filthy secret. He was the one who downloaded everything. I watched them when no one was home, on mute however alone. On screen, men treasured the hardness of each other’s bodies. I avoided noticing the overflow of my own.

Most were white, they shamed me. Some were Black, they scared me. That was then, before I knew better. Now the formula’s reversed.

Once in a while, at the computer, I’d let myself hear the rough touch. Eyes closed, headphones on, I pictured it as us—his hand vicing my head, his muscles straddling my mounds. Even in my fantasies, Cy and I didn’t get far. I was afraid of climbing and breaking his body.

So do I tell her the name Cy sighed last night? Do I say how it landed on me like dew, like shroud? What would she refuse now?

Cy cuts his un-eaten crust in half. Knife chips plate. He looks at me like I’m not there. His face holds no bravado, not like the time I walked in on him. That afternoon, 阿姨 was at work. I was supposed to be tutoring the neighbor’s kid, but the mom sent me home because the boy didn’t have any math homework. When I opened the door to Cy’s room, the only light was from the monitor, a jellyfish-blue glow. The volume was on low. In the video, standing over a white man, an Asian man repeated “fuck” like a pulse. Cy held his chest like a medal. He raised his hips from the seat like an offering. When he finally noticed me, I was petrified. He paused the video. He said turn on the lights. I did, and my eyes stung. He whacked his dick to palm, making my cock throb. He pressed play. He turned up the sound, filling the space with a satisfaction thick and canned. I rubbed myself. He opened his legs, I unbuttoned. He went on with the show, and when he came, I left.

Now, biting into burnt crust, he looks at me like I’m gone. Stacking bones into scaffold, I say anatomy project. When they fall and make mass grave, I say science class partner. Then I wait for 阿姨 to send me packing.

Wherever I end up, I’ll miss Cy. Hatred is desire buried too soon.

Maybelline 阿姨 opens a Wet-Nap neat. She wipes her fingers one by one. She cleans her ring finger last, blowing the small stone dry. She looks at me the same way I gnawed on bone.

She stands and tells Cy it’s his turn to wash the dishes.

“Norman’s not my son, but you know better, and that’s what I control, you hear me?”

“I don’t want a faggot sleeping in my bed!”

“He’s not my son, but he’s still my boy, so shut your mouth with that word, Cyrus.”

I throw the bones away. From the trash can, I don’t know where to go. 阿姨 leaves, so I follow.

Tonight, we watch The Nanny. I notice the mother’s absence. I want to sob, scream, and sunder all at the same time. During a commercial break, Maybelline tells me to do Fran’s laugh. I can never do it on command, but I’m so relieved to hear her order, I nod and take a breath. In my head, I listen for those shrill and sudden bursts. All I hear is the shh of the kitchen’s running sink.

We fall asleep on the couch that night. Reruns keep time till dawn.

Brian Lin is a Ph.D. candidate in the creative writing and literature program at USC. He attended the Tin House Summer Workshop and the VONA Summer Workshop, and he has published in Hyphen Magazine, Lambda Literary, and the Los Angeles Review of Books. Brian is fiction editor of Apogee Journal and is working on his first books of prose. This is his debut fiction publication.