When the tide rises, it is easy for the fish to prey on the ant, but when it ebbs, the fish becomes the ant’s prey.

By The Transpacific Literary Project

In “Debt,” Bunkong Tuon brings us back to the darkest moments of the Khmer Rouge’s Cambodian genocide (1975-1979), in which unthinkable acts were deemed necessary for survival. In an extract from his book Reconciliation Process in Cambodia: 1979-2007 (Documentation Center of Cambodia), Dr. Ly Sok-Kheang shows that this massacre was, in part, a residue of previous violence.

My father walked up
to the Khmer Rouge
after they killed the children
and opened their stomachs
to eat the livers.
My father got down
on his knees,
clasped hands over head,
and begged them
for a sliver of a victim’s liver
so that I would not starve.
While everyone was sleeping
my father snuck into the kitchen,
stole a branch of coconuts,
and buried them in the woods.
Each time I cried from hunger
he disappeared into the night,
dug up a coconut,
gave me the juice to drink
and with dirt-encrusted fingers
spooned out the flesh
for me, his only child.

“During rising water, fish eats ant; during receding water, ant eats fish” is an old Cambodian adage. When the tide rises, it is easy for the fish to prey on the ant, but when it ebbs, the fish becomes the ant’s prey. This saying is generally understood to imply a conceptual framework of mutual killing: the “fish’s turn” and “ant’s turn” represent the moment when there is an opportunity for a deadly attack. It implies that “Turnabout is fair play.”

Some survivors argue that Cambodia’s acquaintance with vengeful acts began with French colonialism. Lon Luot’s father told him that the French recruited Khmer people into military forces and then divided them into “red-leg soldiers” and “black-leg soldiers.” The two groups were deliberately pitted against each other, thus wreaking social and political havoc. For example, if a member of the first group was beaten by a member of the second, the French bosses swiftly defended and encouraged the former to take reprisal. Thus, Khmer people were induced to kill each other. Luot considered this set of actions as a cultural seed of revenge. To him, the spate of vengeance during and after the KR regime was typical of the Cambodians’ daily practice of being “this is your turn” and “now is my turn.” His argument could be applied to a range of socio-political scenarios, a few of which are described below.

Anger over the US bombardment of Cambodia, chronic wars, poverty, the loss of family members, and hatred against the Lon Nol government motivated many people to flee into the jungle and join the KR forces. The KR’s 17 April 1975 triumph was like the fish during rising water. The KR screened former government officials and military personnel to be killed. A handful of brutal KR cadres began to tirelessly execute the party’s opponents, who were like ants on the water’s surface. The regime’s overthrow on 7 January 1979 was the start of a four- or five-month reverse cycle of reprisal conducted by the KR survivors. Their turn was like an ant eating a fish that had no water to rely on.

Many Cambodians interviewed believe that Luot’s argument for a cultural linkage is a subjective one. While acknowledging the adage’s allusions to malice, grudges, and then revenge, two government officials—Chak Moly, Bakan district council member, and Uk Muon, Rumlech commune chief—stated that it was just folk language and not reflective of Cambodia’s tradition or culture. Also, they argued that it did not reflect Cambodians’ general practice within a socio-political context. Muon was mainly referring to the contemporary political environment where reprisal is rare, rather than that of the immediate post-Democratic Kampuchea period.

Both Muon and Moly felt that Cambodians did not generally adopt a violent stance; rather, they were gentle and thoughtful. Their argument was filtered through Cambodia’s religious culture of Buddhism. Its five moral precepts teach followers not to resort to revenge. More specifically, a well-known phrase promoting tolerance and forgiveness is that “vindictiveness ends by not being vindictive.” Cambodians believe that being vindictive means an endless cycle of revenge from one life to the next. Thus, revenge was not part of their mindset. Rather, it was the socio-political context that led to vengeful acts in Cambodian society during the KR period and several months after the KR’s fall.

Moly viewed the adage as out-of-date. Indeed, Hun Sen recently remarked that there should no longer be any phrases such as “during water rising, fish eats ant; during water receding, ant eats fish” because the Cambodian people have never wished to take that destructive stance. What a small fraction of the population embarked upon during the few months after the KR’s collapse in 1979 was an outlier.

from Reconciliation Process in Cambodia: 1979-2007, Before the Khmer Rouge Tribunal by Dr. Ly Sok-Kheang, reprinted courtesy of the Documentation Center of Cambodia

The Transpacific Literary Project is a platform for writing from across East and Southeast Asia. Read work from our most recent project folio, Residue.

Bunkong Tuon is a writer, critic, and associate professor of English at Union College, in Schenectady, NY. His criticism on Southeast Asian American literature has been published in Comparative Literature Studies, MELUS, Mosaic, Children’s Literature Quarterly, among others. He is a contributor to Cultural Weekly, as well as the author of Gruel (2015) and And So I Was Blessed (2017), both published by NYQ Books.

Dr. Ly Sok-Kheang is the director of the Anlong Veng Peace Center. A native of Kandal province, he volunteered and later became a staff member at the Documentation Center of Cambodia (DC-Cam), while pursuing his Bachelor's Degree at Royal University of Phnom Penh. He subsequently won a scholarship to pursue a Master's Degree at Coventry University in the UK, and in 2006 returned to DC-Cam as a Project Leader of Living Documents and Witnessing Justice. From 2008 to 2014, Dr. Ly completed his PhD at Coventry University, working on his doctoral research Reconciliation Process in Cambodia: 1979-2007, Before the Khmer Rouge Tribunal. He also received training from the Institute for International Criminal Investigation (IICI). He is the co-author of a chapter: "The ECCC's Role in Reconciliation" in a book titled On Trial: The Khmer Rouge Accountability Process. 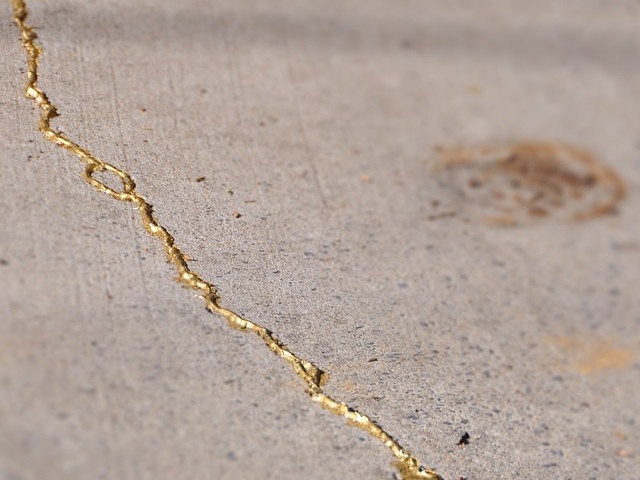 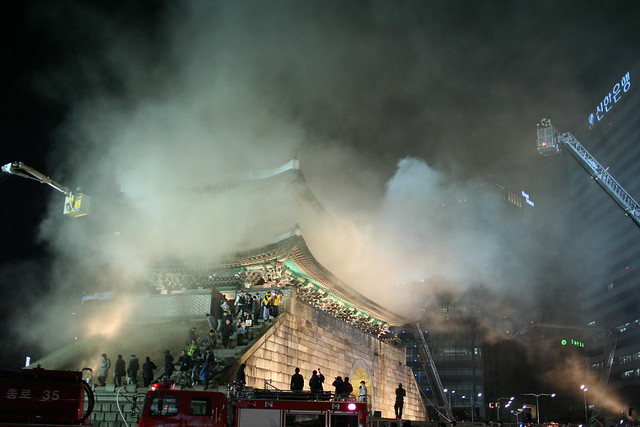 Our Lady: Two Poems by Jack Saebyok Jung
I am thinking / Of a burnt cathedral, which / Has nothing to do with actual death. 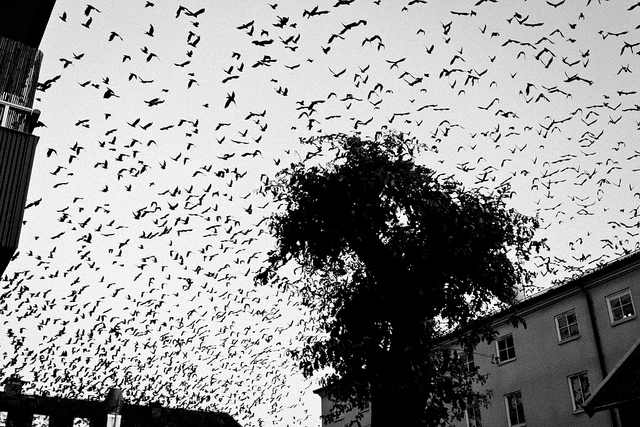 The Pentagram Discovery by W. Todd Kaneko
'If you spark a flame and turn / it upside down, / you will find it is still / a flame.'