Essays    Reportage    Marginalia    Interviews    Poetry    Fiction    Videos    Everything
Two Mothers: A Comic Based on Interviews with the Mothers of Akai Gurley and Peter Liang

On November 20, 2014, 27-year-old NYPD officer Peter Liang shot and killed 28-year-old Akai Gurley, an unarmed Black man, in a dark stairwell in the Louis H Pink Houses in East New York, Brooklyn. Neither Liang nor his fellow officer administered CPR on Gurley, who died from the gunshot. Liang was found guilty of manslaughter and official misconduct on February 11 of this year, but on Tuesday, April 19, his sentence was reduced to 800 hours of community service and five years probation, with no jail time. Jenn Fang wrote on Reappropriate.com, “The system failed the family of Akai Gurley today, and we should all be ashamed.”

The following is a web comic by an anonymous artist based upon interviews with the mothers of Akai Gurley and Peter Liang. It has been reproduced with the permission of the artist and the Tumblr Asians4Peace, where it was first posted. 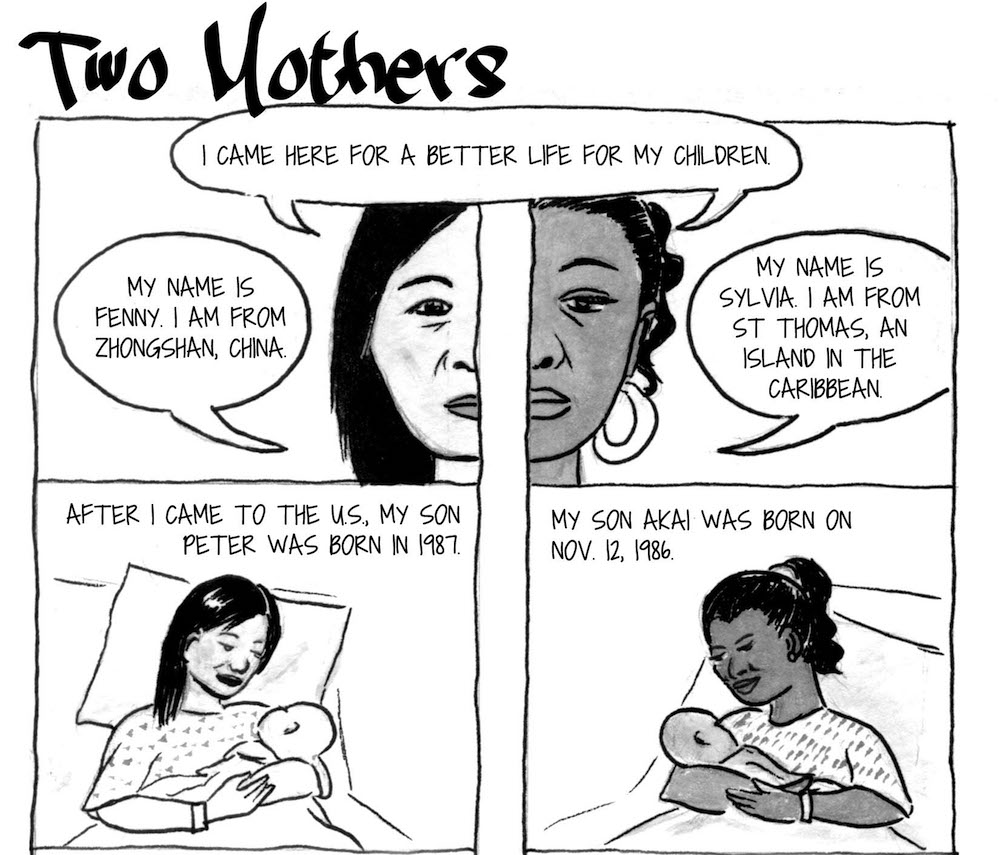 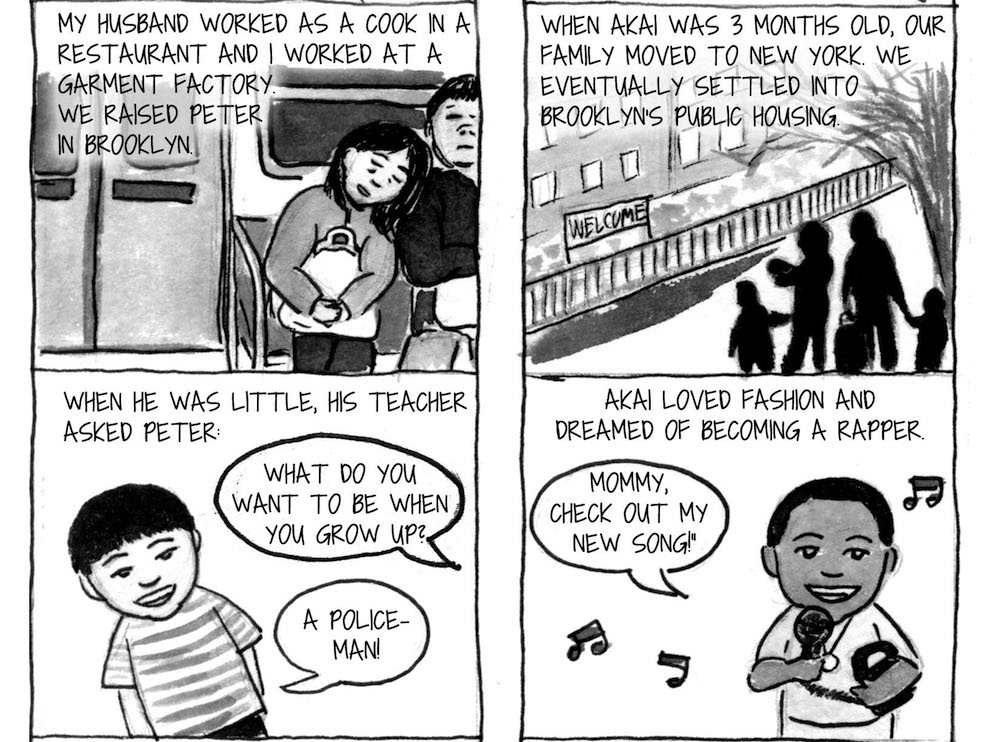 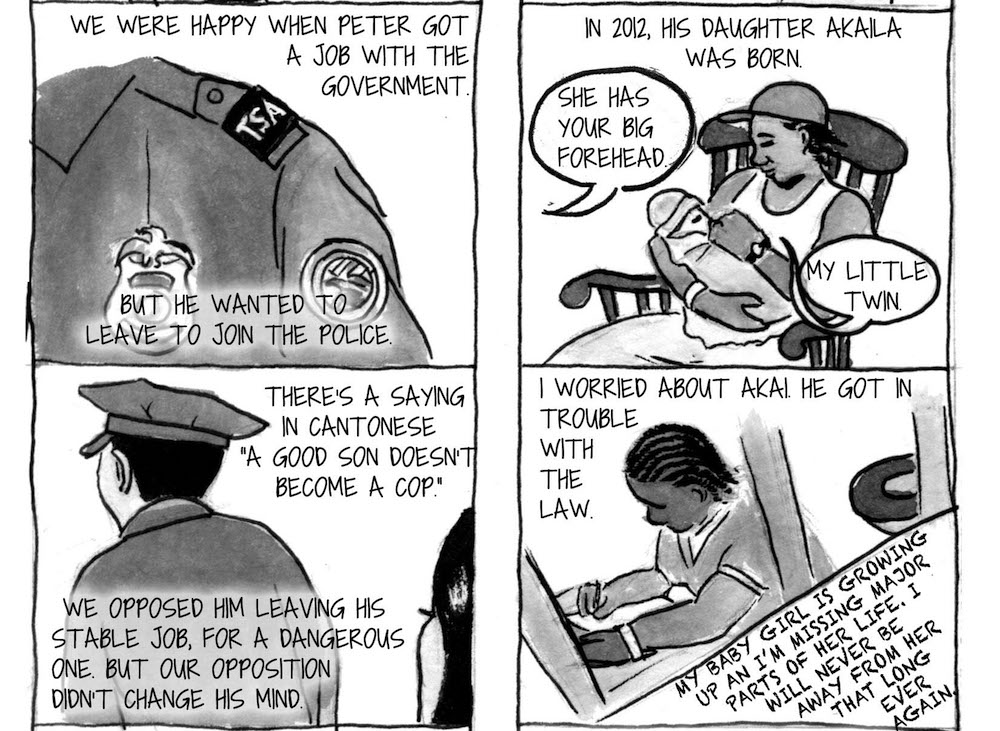 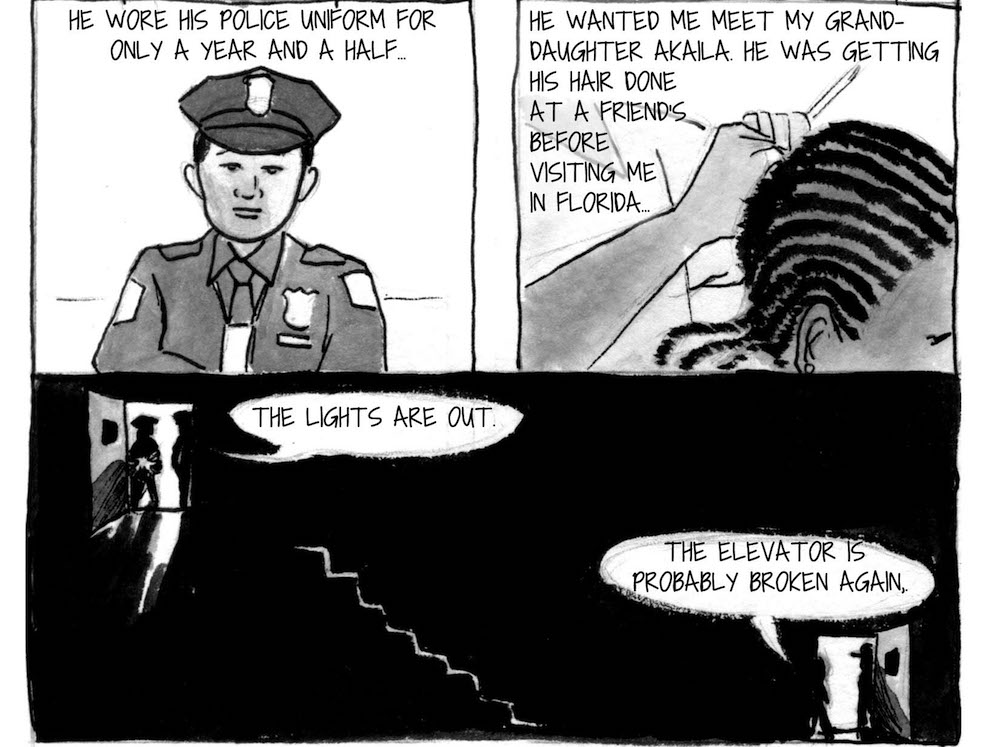 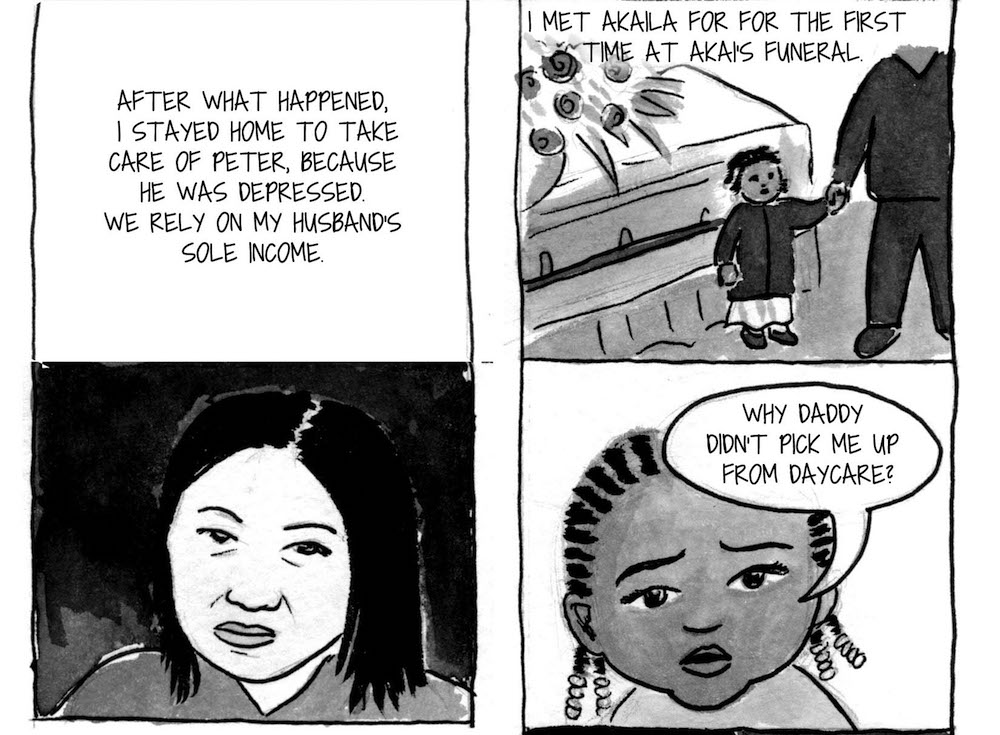 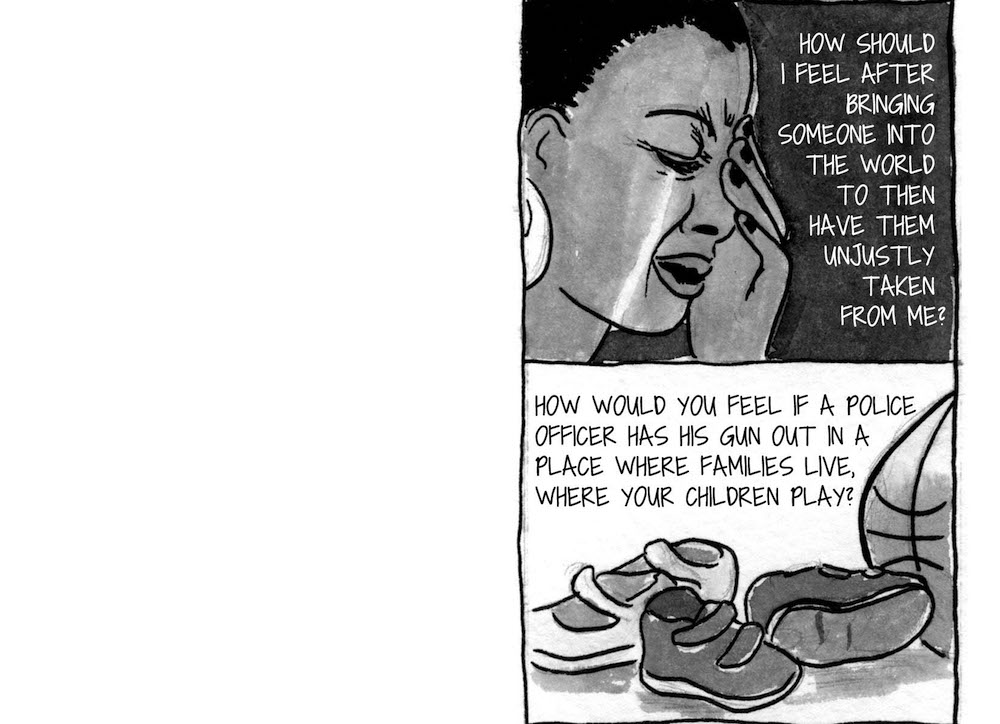 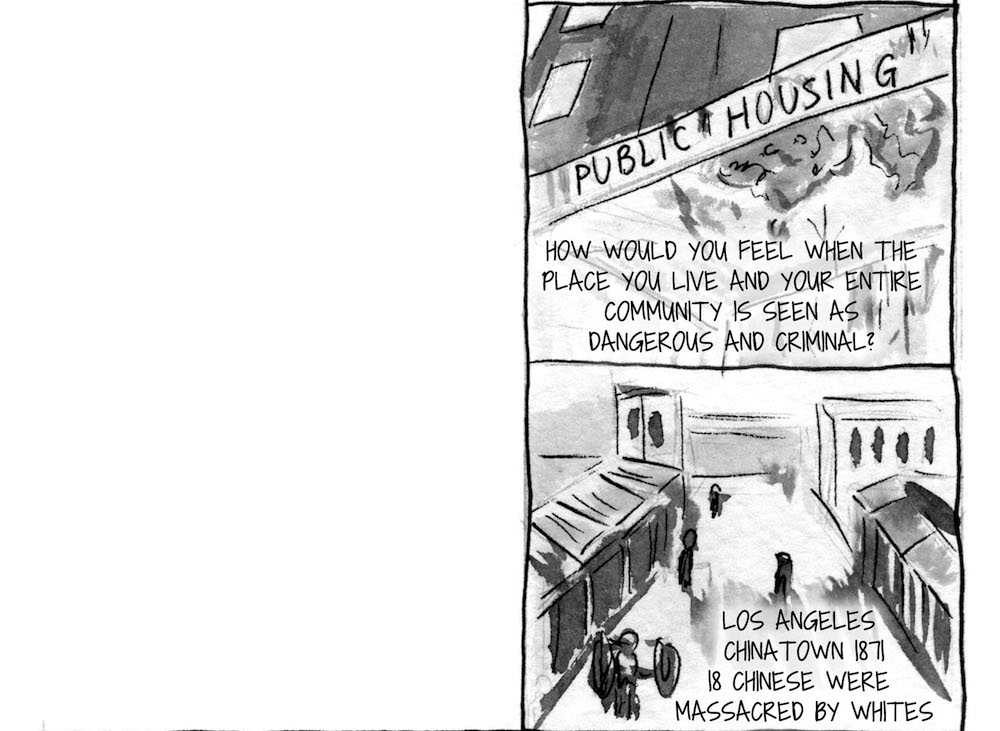 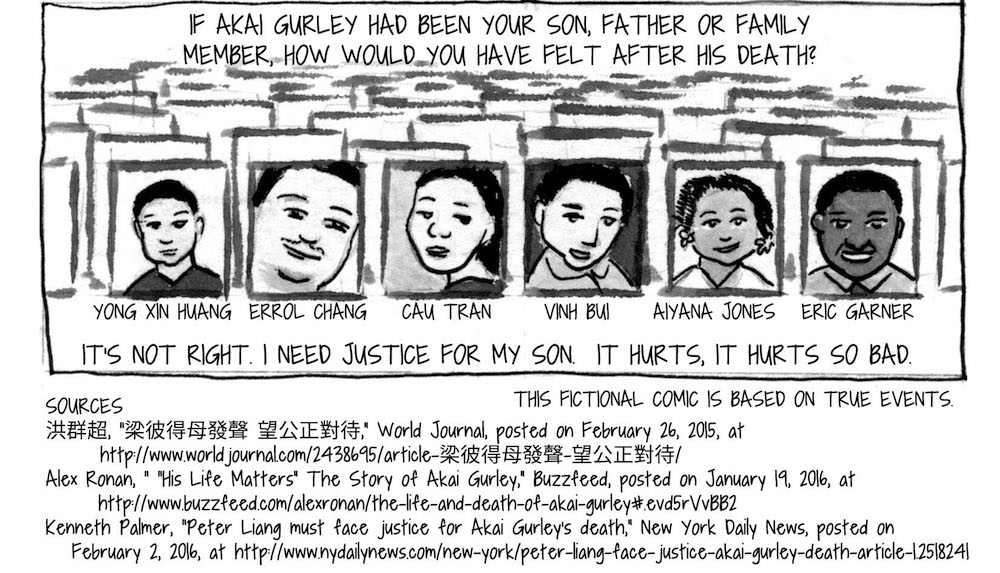 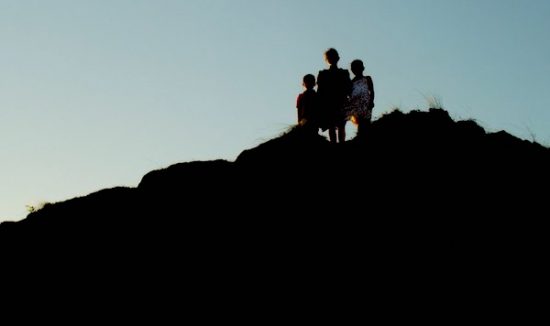 ‘Norte’ from the Philippines: A View from New York
Is the lack of agency in the movie's characters a reflection of centuries of colonialism? A Fil Am writer explores.