Rahul Mehta and new pathways for the hyphenated writer 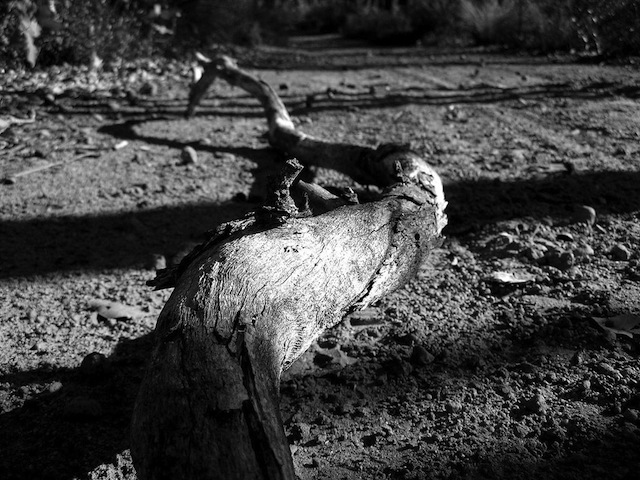 Rahul Mehta’s debut short story collection Quaratine is the winner of this year’s Asian American Literary Award in fiction. Brian Leung will present the award to Mehta this Saturday, October 5, at Page Turner.

Quarantine is a book one can walk with. I have done so, literally, on the summer-steam streets of Louisville, and again in the dappled light of Bethel, Maine’s asphalt roads and gravel trails. A book that becomes a walking companion is one that isn’t in a rush because, pages in front of your face, rocks and pot holes and road kill in your pathway, you can’t be in a rush either. Even after multiple readings, Rahul Mehta’s lovely and important collection of stories never let me down—they became, even on those first walks, I dare say, a tool that sharpened both my perception and my ability to sidestep and sally forth. So many thoughtful moments to pull away from and ponder, stories at my side; so many robust and straightforward lines on which to pause and re-read for the sheer pleasure. Moments of clarity where I saw, truly, what was in front of me, and was curious about what I could not see both on the page and out there on the terra firma.

At the outset, for reasons I’ll reveal below, I want to say Quarantine is and isn’t Asian American Literature. It is and isn’t LGBT Literature. It is diasporic, but not because many of its characters are Indian living in the United States. This refusal of simple categorization is partly what makes it such a fine book. I first became acquainted with Quarantine when it arrived with an imposing stack of books sent to me because I was one of three judges for the Asian American Literary Award in Fiction. As anyone has who has undertaken the task of judging a literary contest of this nature knows, the experience is both daunting and rich, for the majority of the work is exceptionally well-written. The group that included Mehta’s stories was no different, and included some heavy hitters. What set Quarantine apart was that it gave me the feeling. I was walking on coal-red nineteenth century pavers in an historic alley behind my home, Hackberry branches above ticking with insects. The story was “The Cure,” a cannily placed inclusion as it is brief, and also because it comes in the middle of the collection rather than near the end where the title might have suggested the coda it doesn’t wish to be. In it, the main character sees a therapist about an odd compulsion.

It wasn’t until halfway through our session that she realized the burning of money was real, not figurative. Her face turned serious and she said, We need to address your ascetic concerns. Hearing aesthetic, I inspected my loafers and rubbed away the outline of a raindrop.

Upon reading this, I paused in the alley and smiled. I smiled because I appreciated the authenticity of the misunderstanding, how a couple of letters can shift meaning so distinctly, and because of the suggestion that, if these two characters were words themselves, they’d also be so close in meaning and so far apart in context. They can never quite understand each other.

So what is the feeling? In the early 1990s I discovered Annie Dillard; I read Pilgrim at Tinker Creek outside on my patio in one sitting. An earthly spirituality both strange and familiar opened up to me. The same was true with Squandering the Blue, particularly as I reached the ending of “Falling in October” when the sweetness of L.A’s night blooming jasmine filled the evening air. Li-Young Lee’s The Winged Seed: A Remembrance settled into me, changed me, on a wooden foot bridge over Indiana University’s Clear Creek which runs through the heart of that campus. When I smell burning firewood, I think of Adam McOmber’s recent This New and Poisonous Air because I was sitting next to the final licks of flame from an ashy log when I finished those pages. And if I reach way back, I can hear Mrs. Rodgers in First Grade reading to class the final pages of Stewart Little. Even now I fill with the astonishment of feeling like someone had written a book about me. I was, after all, also a strange creature, half-Chinese and pre-pubescently gay, living in a cowboy town.

That is the feeling, when a book attaches itself to me so completely and viscerally, that the place and time and emotions I experienced on the initial reading flood back easily, and often unbidden. Quarantine is such a book, though uniquely it’s not the alley beneath the Hackberry trees I recall. It’s the slant of light in Bethel, early fall. The light that is just now peeking into Louisville as I write this. Coincidentally, this marks a kind of anniversary for this book and me. It was last year at this time that I was in Maine for three weeks of writing in a guest cottage. Five books traveled with me to Maine, four of them sojourners, and these comprised my final list for the Asian American Literary Award for Fiction. On this second read—for each of the five earned that respect—Quarantine struck me anew. “A Better Life,” the final story, tied a knot, nooo, untied a knot that unnerved and liberated me. This story mentions Disney’s Alladin, GQ, MTV, Anna Wintour, and La Double Vie de Véronique, among other cultural and pop culture references and an appropriately cursory nod to Sanj’s immigration history from India. A moment from the final story after Sanj has discovered a brand of pleasure in a gay strip club reads as such:

Sanj returned to the Gaiety many times. Once, he even tried to interview one of the performers: a British guy, who, during his act, had worn a G-String with a Union Jack on the crotch. Sanj found him in the small, adjoining lounge where the strippers would sometimes loiter afterward, hoping to pick up tricks. Claiming to be from Genre magazine, Sanj had thrust his tape recorder into the man’s face. “What were you thinking about backstage to get hard?” Pushing the tape recorder aside, the man winked and said, “You.”

Bam. I am in Maine, far away from home, sitting inside reading, sliding glass door open, startled into looking out through the vertical equation of dark, slender tree trunks. That unknowing literary sinner, Kipling, flashes forward, particularly the poem “Mandalay.”

By the old Moulmein Pagoda, lookin’ eastward to the sea,
There’s a Burma girl a-settin’, and I know she thinks o’ me;
For the wind is in the palm-trees, and the temple-bells they say:
“Come you back, you British soldier; come you back to Mandalay!

Thank goodness for 1948 and for the appearance of Quarantine in our time. Over a hundred years after “Mandalay” the objectification is reversed to the vision of a barely clothed cartoon Brit. A comment without comment. There in Bethel, nearly, and sadly, exiting Mehta’s book, I’m awed because I feel the arrival of something important. Two decades before Quarantine, Jessica Hagedorn gave us permission to conceive of a different kind of Asian-American literature when she edited Charlie Chan is Dead: an Anthology of Contemporary Asian American Fiction. In my own work I have always feared I haven’t lived up to her challenge, but there, in Maine, I held a book that found the answer, or an answer.

Quarantine is a declaration. We are, in fact, years past the main squabble, important as it is, between Frank Chin and Maxine Hong Kingston. We are past even the glorious rush of excitement over Amy Tan’s first contribution to Asian American Literature and the inevitable backlash of such popularity. The Violet Quill is three decades in the rear view mirror. We can be now, and Mehta’s stories acknowledge that we can occupy more than one subject position.

To scratch the record for a moment, Quarantine is a sign that we may have learned “the great white hope” lesson. Jack Johnson, an extraordinary prize fighter of the early 20th Century, combatted multiple pressures, not the least of which were demands he fight other impressive black boxers, but also, that he crazed white boxing fans for drubbing white boxers. It didn’t help his case that he three of his four wives were white women. Boxing fans pined for a white boxer who would prove, once again, the superiority of whiteness. Maybe I’m off the mark, but Mehta points to a time when we writers own many hyphens and are not looking for—because this book is an Asian American Literary Award winner—and won’t be satisfied with, that “great ecru hope” who will be the voice and fist of us all. There is room now, that space that Jessica Hagedorn imagined, for Asian-Americans to be fully realized as not yellow-faced and comically illiterate, but polyphonic, and for this to include the reality, danger, beauty, alteration, friction with and yes, assimilation into, a larger American culture. Necessarily, the idea extends beyond this specific hyphenated designation.

To return to Kipling and to the complicated and reductive nickname of his title character in Kim, “Little Friend to all the World,” I’d suggest, at last, Quarantine marks a turning of a corner, a representative flashpoint, at least, for LGBT and Asian-American writers who have felt obligated to center their creative work around savory dishes, coming out, the exotic customs of intervening relatives, protest, all the expected signifiers. That isn’t to say, of course, these things don’t contain rich possibilities. But I’m thinking of Quarantine; I’m thinking of Stewart Little; I’m thinking of Charlie Chan; I’m thinking of my lived life and walking and reading so many books, including Rahul Mehta’s in Louisville and Bethel. I’m thinking of a pause between Hackberry and brick. I’m thinking of the scruff of gravel beneath my feet in Maine and that solitary and gentle scree of a car on a distant road, when I stopped and sighed after finishing Quarantine a second time, thinking “He’s living the permission. This is a moment.” 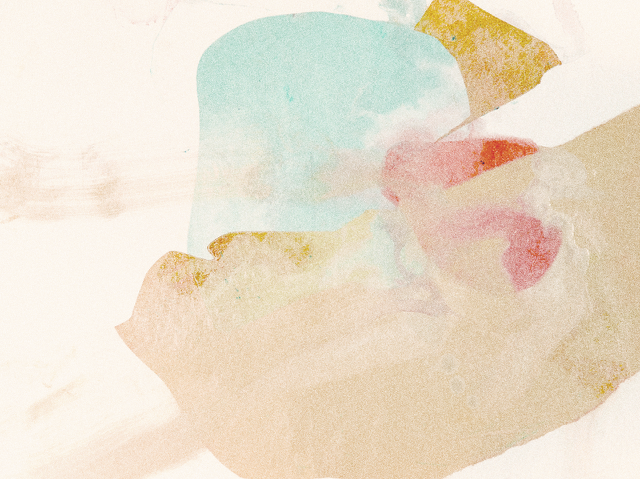 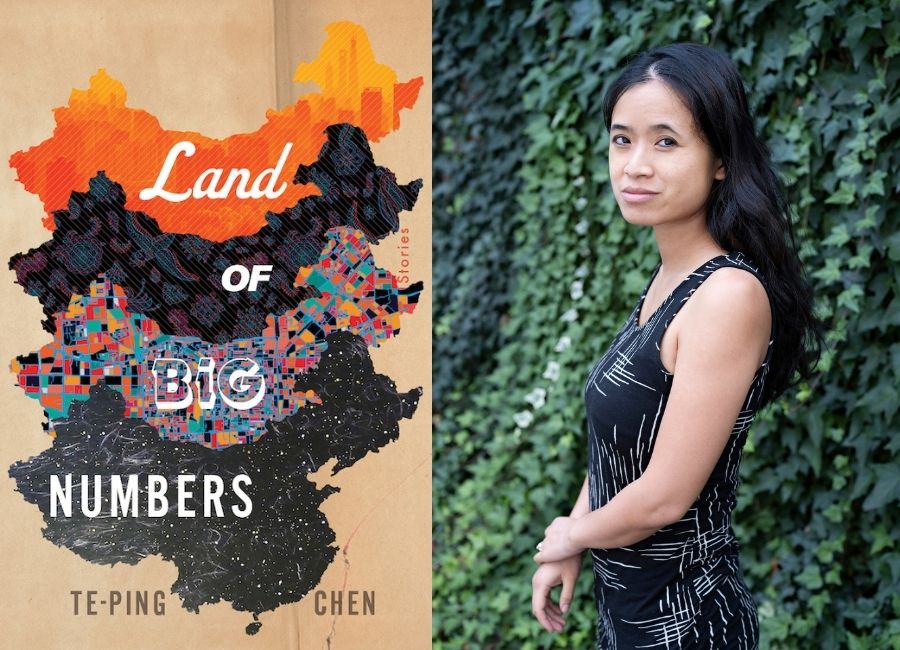 Transfigured Landscapes: A Conversation with Te-Ping Chen
"The work of journalism is bound up in paying attention and noticing things. That’s kind of how I go through the world, with an antenna up for the unexpected, the beautiful, or the moving." 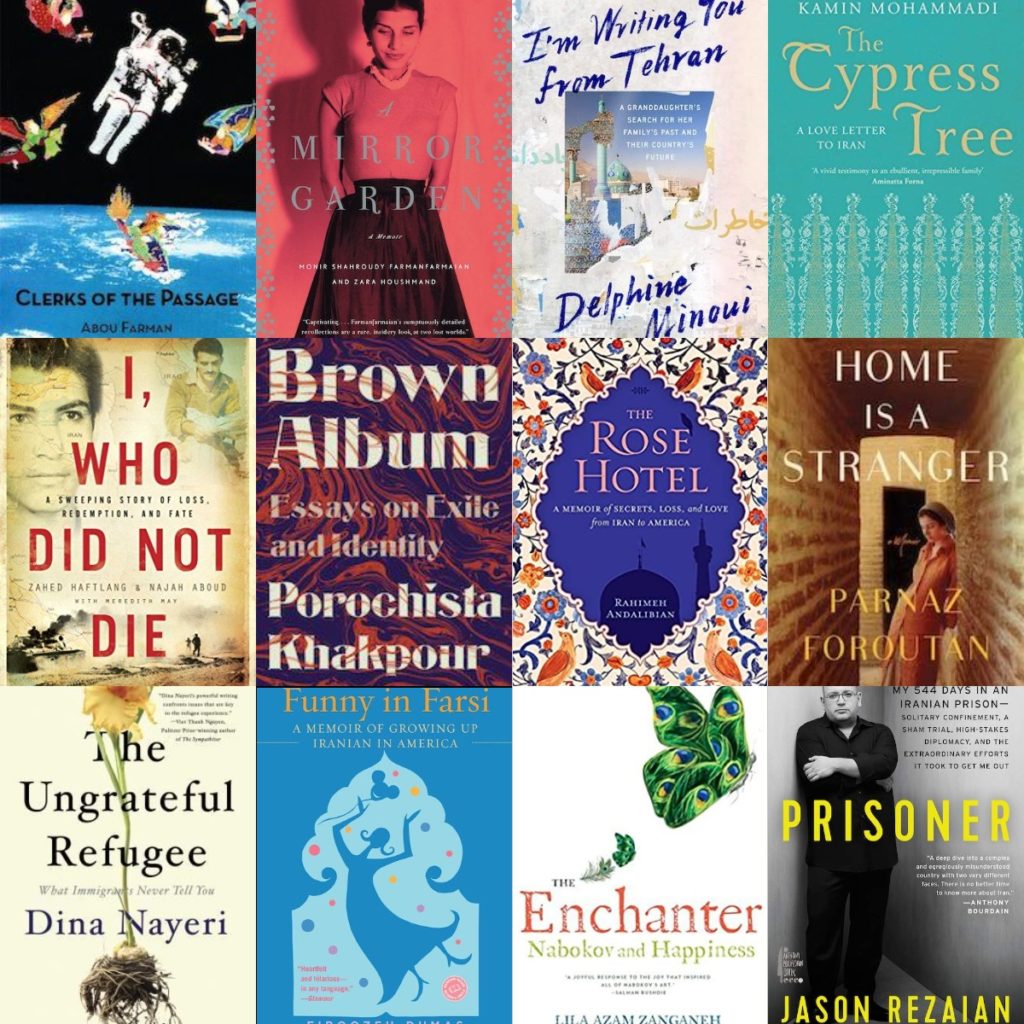 100 Essential Books by Iranian Writers: An Introduction & Nonfiction
I embarked on this list with an assumption of scarcity. But I discovered an embarrassment of riches.