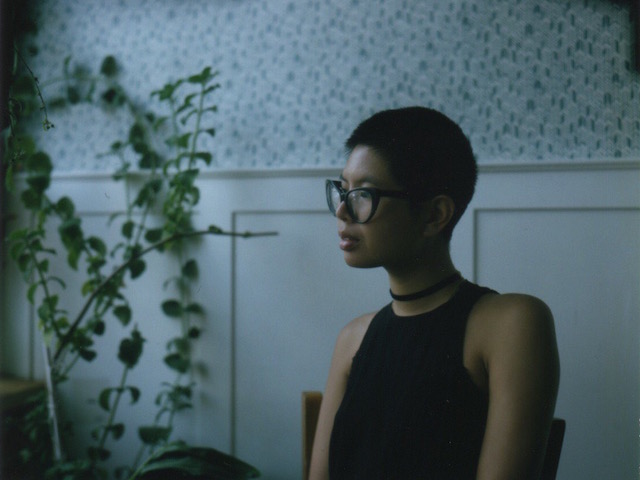 The narrator of my book doesn’t have a name.

Fantasian is told in the first person, so you experience the world through her perspective, as water might pass through a sieve, colored by her stray thoughts and imperfections. You might not notice that she’s unnamed, that she never refers to herself, until you’re flipping through the book wanting to talk about her character and realize you don’t know what to call her. Looking for a point of reference, it might be simple to assume: She’s me, right?

After all, art is often conflated with the artist, especially now, when the creators of the work we consume are so readily available through social media and interviews and other platforms. In interviews, writers are asked biographical questions, as though the life of the artist might provide some kind of through line, leading to the best, most accurate interpretation. There’s always the underlying question, hidden in subtext: Is this true? Did this happen? Did some of it happen? Is any of it real? Many of us write from our own experience, as I have; why wouldn’t you make art from the life that you’re living? But that isn’t the same thing as art being synonymous with the artist, nor does it mean that art ought to be interpreted along biographical lines.

A nameless narrator—it’s not something new. For my part, I borrowed the device from James Salter, who uses an unnamed narrator in A Sport and a Pastime, one of my major influences while writing Fantasian. In Sport, the unnamed narrator creates for the reader a window into the sex lives of the novel’s two protagonists, Dean and Anne-Marie. In fact, ‘window’ may not be the correct word: all of the sex in the book is imagined, situated squarely in the realm of fantasy. The narrator experiences none of it; witnesses none of it. And because we hear the story from the narrator, and not from Dean or Anne-Marie, the details aren’t verifiable. It’s a story told second-hand, as if from a friend of a friend.

Salter’s particular use of first person perspective places the reader in the position of both voyeur and confidant. Though a reading of Salter’s novel is inflected by the life of his unnamed narrator, about whom we know only a few things, when reading Sport, we are necessarily situated in the space of wanting, of desire and projection. Not only must we experience these desires, encapsulated in the bodily I of the narration, but as we read, we must navigate our relationship to the narrator. Is he telling the truth? Is he lying? Is this novel our dream, or his? We only know what he’s revealed to us, so it’s upon us to figure out how to read the story he’s told.

Though inspired by Salter’s structural choice, I chose to make my narrator a conduit, rather than a window. All that happens in the book happens to my narrator; it happens upon her body or before it. Her narration is unreliable, colored by her emotions and by her desire to fit into a club that won’t have her as a member (I took cues from the narrator of Donna Tartt’s The Secret History here, too, though he has a name—Richard Papen). The first person, here, becomes an exercise in closeness: that bodily, narcissistic I that repeats in the text and is utterly porous to the viewer. She has a voice, monologues, dreams; she moves through the world as an agent of her own, rather than Salter’s voyeuristic window. But she still doesn’t have a name—you’re left in the dark as to the completeness of her character.

Historically, women writers and writers of color have been subject to the stereotype that our work is autobiographical—whether it is or not. Perhaps because the burden of representation has so long fallen on the marginalized, it’s hard to assert that we have stories to tell besides our own, that we might have imaginations. When I wrote Fantasian, I was acutely aware of its potential reception. I knew from the start that my being a “nonfiction writer” meant that people would leap to believe my fiction was autobiographical.

Furthermore, I knew how tenuous the boundary between art and artist can be. I’ve written online since I was seventeen; I’m no stranger to the way an internet readership can swallow a young writer whole. Once you write about yourself, people think they know you. Sometimes they even think they own you—as though consuming one’s work means consuming the writer, too.

The act of writing personally, especially online, ensures that you open yourself to the world and offer something. The idea of “truth” isn’t, in my opinion, a particularly useful one, but we still like to make the distinction. It allows us to differentiate between categories of writing and informs how we interpret them. In the practice of truth-telling, personal essays and memoir are often read on the level of “what happened”—they become experiences rather than formal compositions, moral fables rather than art objects, their creative interpretation entwined with the assumption that it all really did occur. The authors, too, become akin to public property—their “real life” decisions critiqued and discussed in a way that fictional characters’ decisions aren’t.

I knew that no matter what I wrote in my novella, given my history of truth-telling, there would be an implication that it was true. That it had happened. Isn’t that what all young novelists do—write about their lives, thinly veiled, with pseudonyms? Rather than push back obstinately, I thought it’d be more interesting to flirt with such assumptions. Why not challenge the way we read? Why not challenge art’s interpretation?

The narrator of Fantasian and I (and for that matter, one of the main characters, Dolores) share a variety of biographical details. We’re women. We’re Asian. Like I was, both Dolores and the narrator are art history students at Yale, living off-campus in their own apartments, going to parties and sleeping around. It’s almost too easy, the way the similarities stack up—it’s like I wanted you to think we’re the same. To think that this is autobiographical, in the way that debut novels and work by writers of color are assumed to be. And then, just to make it even more confusing, I wrote it in first person.

There’s another model for the type of work I was making, though I didn’t specifically have her narrator in mind when I started writing Fantasian. Elena Ferrante, whose Neapolitan novels span across decades, writes a protagonist whose name and background are nearly identical to the author’s. Her narration, too, is told in a first person voice that at times can feel catastrophically close, even claustrophobic. It would be entirely too easy to assume that Ferrante’s work is autobiographical—that she uses a pen name and is famously secretive adds more fuel to the conversation about the relationship of the author to the work.

In sharing a name with her protagonist, albeit an assumed name, Ferrante directly challenges how readers engage with her work. Is a woman’s narrative of a life more or less valid if we assume she’s telling the truth? How much do we need to know about Ferrante to aid her art’s interpretation? (Her recent “unmasking” by an Italian journalist, published in the NYRB, seems to imply: as much as we can, at any cost.) In a similar fashion, from a different place, I wanted to complicate the trope of the autobiographical young author; to challenge that all art is an avatar of the artist. I wanted there to be enough similarities between myself and my narrator that maybe a reader could project; perhaps I even wanted them to—doing the heavy lifting of filling in character for me. But I also wanted the reader to consider their agency in the story they were reading. Is it possible to read a book without thinking about the identity of the author? What if you could?

Novels, especially literary ones, paradoxically operate in a space of truth-telling. Though the events of a novel might not be true, as a craft, literary fiction can highlight things that are more “true” to our experiences than what actually may have happened. It’s up to us as readers to inflect our experience of reading with our own lives and moral compasses, our histories and our own personal truths.

So: Is it real? Did it happen?

The answer, of course, is somewhere in between. Even when I’m writing creative nonfiction, I know that what ends up on the page is artifice, something factitious, a brush stroke of a representation of an event or phenomenon that, in reality, is many-faceted and many-colored and vibrating. Is it real? No more real than anything.

Larissa Pham is a writer in Brooklyn. She has written about sex, race, intimacy, and visual culture for a variety of publications including ADULT, Guernica, The Nation, and Nerve.
Tags: Asian American writers, Elena Ferrante, Fantasian, Larissa Pham, Queer fiction, representation 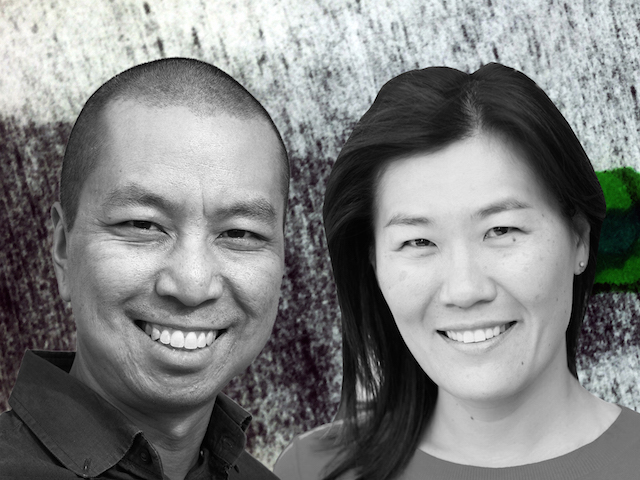