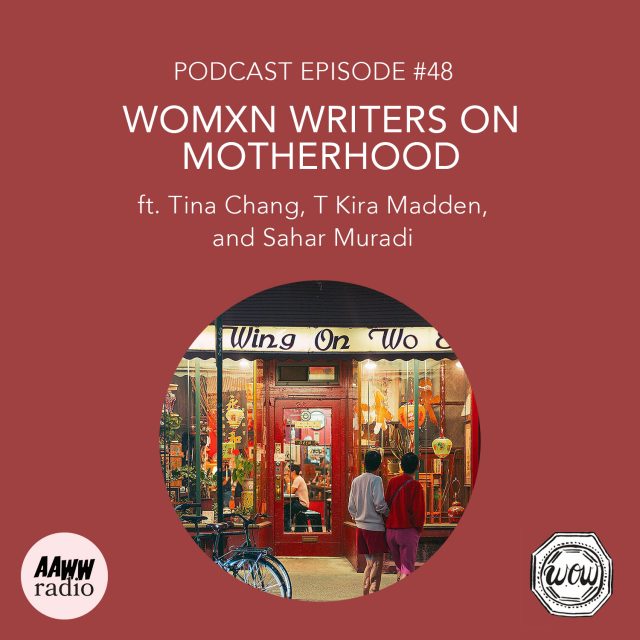 Listen to writers Sahar Muradi, T Kira Madden, and Tina Chang read works about mothers and motherhood. Sahar Muradi shares poems about mental health during pregnancy, T Kira Madden reads a scene from her memoir, Long Live the Tribe of Fatherless Girls, in which her mother tends to her daughter’s lice-infested head, and Tina Chang read from her latest collection Hybrida. AAWW Margins Fellows Pik-Shuen Fung and Jen Lue moderate a Q&A with the writers, who speak about their literary mothers, motherhood and multiplicity, and intergenerational healing.

This reading is in collaboration with the W.O.W. Project at Wing on Wo, where Pik-Shuen and Jen curate and host their Womxn Writers Series.