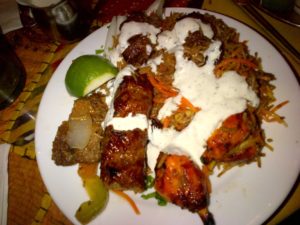 For Muslim Americans who observe Islam’s dietary guidelines, sampling a new menu poses a unique problem: not all restaurants prepare and serve food that is halal.

“Halal food” signifies foods that Muslims are allowed to eat; the term comes from the Arabic root that refers to words meaning “permissible” or “lawful.” Its opposite would be haraam, which means “impermissible,” and refers to actions like eating pork or drinking alcohol.

Halal restaurants have cropped up in many places, but it often takes quite a bit of legwork, and no one would know this better than Sameer Sarmast, founder and host of the web show Sameer’s Eats, which showcases the top halal restaurants in different states around the country. The New Jersey native, currently living in Paramus, started the online series about two years ago.

“I do a lot of traveling, so the first thing I have to think of when I get to a place is: What am I gonna eat?” Sameer said. In order to find places that serve halal meat, he uses the mobile app for the popular website Zabihah.com (similar to Yelp). And even with his buddies, “as far as halal entertainment goes, eating is just the top thing you do, you know?” he laughed. “What else is there? Maybe you go to the movies, shoot some pool. But with me and my friends, our nights are centered around where we’re eating.” So Sarmast collaborated with his creative director Saad Malik and his videographer Faraz Khan, and began by scoping out top halal restaurants based on the ratings provided by Zabihah.com.

Sameer takes a trip down memory lane at Douglass Pizza & Grill, the dive he’s frequented for a decade.

You’re probably already thinking: Another food series? But what makes Sameer’s Eats unique is that it offers a virtual tour of sorts, something that Zabihah.com or other restaurant sites can’t necessarily do. “What I decided to do with Sameer’s Eats is, let’s bring aspects like cleanliness, and whether it’s family-oriented, through video. Because there are places that you wouldn’t bring your mom to.” Normally, he eats at the location even before shooting an episode. (Though that doesn’t exclude him from finding strange foods. Apparently the weirdest thing he’s ever eaten is a dish at a Bosnian restaurant in Queens. After encouraging him to have the “sweet bread” in a thick Eastern European accent, the host brought out a dish that turned out to be a plate of organs of a chicken. Sarmast is familiar with chicken liver in Indian cooking, “but that just freaked me out,” he said.)

Sometimes on Zabihah.com, the fact that a restaurant is technically certified as “100% zabihah halal” is contested by reviewers, and Sarmast is aware of that. (Zabihah is the Arabic word for “slaughter,” and refers to the way an animal is sacrificed before being prepared to be eaten. Besides saying a prayer, there should be minimal harm caused to the animal when its throat is cut—think of the “clean kill” mentioned in the 2009 film Avatar.) Customers’ opinions might diverge on an eatery because the place may be getting their chicken from a certain farm and not another, or because it machine-slaughters the animal instead of hand-slaughtering it. But the difference in opinions often arises from cultural difference as well. “Here’s the thing: There’s different belief systems, right? I’m Indian, Hyderabadi. Our Indo-Pak community tends to focus a lot on [the slaughtering aspect of halal]. I respect that, but I’m also of the opinion that if my Muslim brother or sister says it’s halal, I take their word for it. I did my due diligence.” Nonetheless, Sarmast does his best to inquire.

“Also, with People of the Book—Christians and Jews—different people follow different madhaahib,” or schools of thought. Sarmast himself eats kosher as well, though acknowledges that  stricter “halalis” (as he calls them) will abstain from doing so. “It’s all in the opinion you follow,” he says. “In this country, it’s difficult to have all your factors,” and even though there are groups that are working towards more a regulated enforcement of certification, “it’s gonna be a long time till you get everybody on that page.”

Sameer and comedian Aman Ali check out the “best Pakistanian restaurant in all of New York,” as it’s been dubbed by NBA star Ron Artest.

Of course, this whole project would be very difficult had he not been based in a place like the tri-state area. Florida, for instance, has only two or three halal restaurants right now. Interestingly enough, opinions on how strictly to observe it vary by region.

“I think that Chicago, and the NY-NJ area are two big hubs [at the moment],”  Sarmast said.

Regardless of who is more adamant than whom about these guidelines, halal food is gaining popularity thanks to shows like Sarmast’s. He also collaborated with the Muslim Youth Community Center in New Jersey to host the First Annual Halal Food Festival last August. The show, only two years old, could turn into a full-time gig.

“I would like to see the show go mainstream,” said Sarmast, 31, who currently works as a financial advisor. “I would, insha’Allah [God-willing]. I’m trying to work with some people out in the Middle East. I have a friend who’s trying to help me pitch it to some of the networks out there. They are always interested in seeing what America has, and they’re big on the American Muslim lifestyle. It wouldn’t be a bad gig if we could get one of those Saudi princes to sponsor,” he added with a smile, “I think we’re in business!”

He’s had to focus his attention on finding international sponsors because here at home, “the traditional, conventional route, it seems, with the Food Network, is, you gotta be a chef, go on Food Network Star, and boom! you get your show. But I think with the way the halal thing is, we may not be there yet. The Food Network would need to really recognize how many Muslims are in this country, how many Muslims actually watch their shows.” (When asked which Food Network icon he would compare himself to, the immediate answer is, “Guy Fieri.”)

For now, access to “Sameer’s Eats” is public through his YouTube channel, sameerseats. Sarmast tries to have various guests on it as well, bringing out influential Muslims, actors, comedians, and prominent shuyukh [plural of sheikh]. “It’s a fun way of getting to know the person, outside of who they are,” which is something he admits we need more of nowadays, given the other perceptions of Muslims in mainstream media.

Indeed, “Sameer’s Eats” is putting halal food on the American culinary map. As he films more episodes, Sarmast hopes to show people that there can be halal Chinese, halal Thai, or halal Italian, because “what makes it halal is the meat,” and how the food is prepared. Technically, everything that Muslims eat should be halal, but it might be that because Desi-, Indo-Pak-, and Middle Eastern-style foods are so widely advertised as such, the assumption about it is cultural rather than religious. When asked what kind of halal cuisine he’d still like to see, Sarmast replied, “I’d like to see more steakhouses, for sure. Now, there is,” he said, citing the ribs at RJ Cafe in Maryland, “but you gotta travel.”

Check out his latest episode here:

Sameer begins his quest to find the most delicious shawarma at Falafil Hut in Hoffman Estates, IL.

Nadia Q. Ahmad is an Open City contributor. She holds a bachelor's degree in English from New York University and is an active member of the Bangladesh Institute of Performing Arts (BIPA) in Astoria. A native New Yorker, she lives in Queens with her family.
Tags: Islam, Muslim Americans, Sameer Sarmast, Sameer's Eats, The Kitchen Sink, Zabihah.com, food, halal, halal food, religion 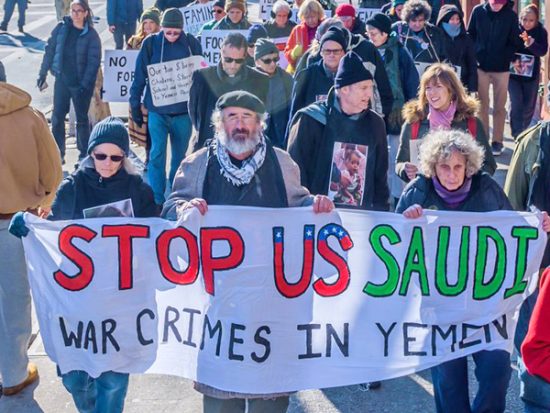 What it’s Like to Live in the Country
That’s Bombing Your Own
With bombings in their own country and threat of travel ban and revocation of their TPS, how do Yemenis in the U.S. cope? 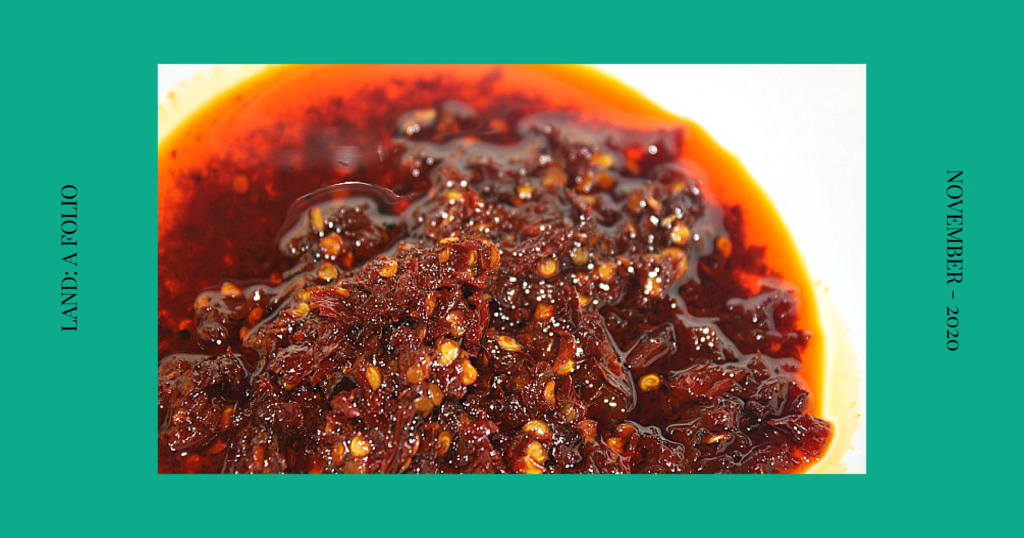 Blood Memory
Paragraph by paragraph I am piecing together the story of my Indonesian family—their trauma and struggle against colonial rule—alongside my dad.