ON NOT BREAKING YOUR HEART DURING THE APOCALYPSE
Marie Mutsuki Mockett and Emily St. John Mandel 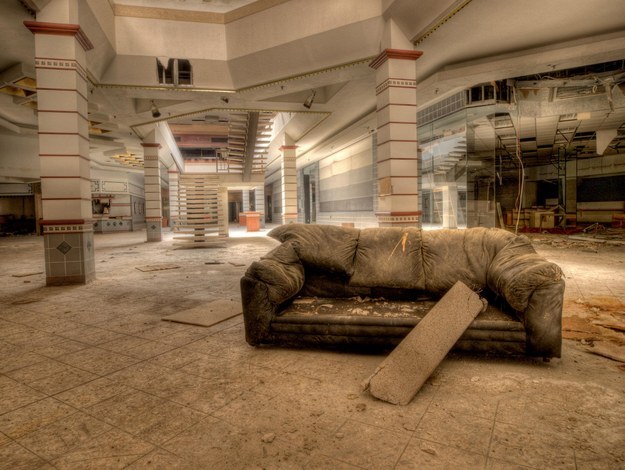 Sure, the end of the world is nigh, but then what? Two award-winning writers—Marie Mutsuki Mockett and Emily St. John Mandel—read books about the hopeful depths and consolations offered by art and spirituality after the apocalypse. In Emily St. John Mandel’s novel Station Eleven, a viral pathogen has killed 99% of the world population, except for a group of artists and musicians, who make their way through the wasteland performing concerts and Shakespearean theater. A National Book Award finalist and one of the biggest books of 2014, Station Eleven is a time-hopping soulful Star Trek-referencing page-turner, a novel suffused with the suspenseful joys of science fiction and horror but whose literary grace will “make its reader mourn the life we still lead and the privileges we still enjoy” (Sunday Express). Traveling to Japan in the wake of the Fukushima tsunami and earthquake, Marie Mutsuki Mockett found that the radiation levels meant that she couldn’t bury her grandfather’s bones at her family’s Buddhist temple. Part travel narrative, memoir and memento mori, her new book Where The Dead Pause and the Japanese Say Goodbye asks what consolations Japanese spirituality can offer, whether in the wake of Fukushima or the unexpected death of her own father. In this unpretentious and uplifting grief travelog, Marie dons a hazmat suit, hangs out with Zen Buddhist monks, and travels the subterranean labyrinth under Kyomizu temple. As novelist and Zen priest Ruth Ozeki writes, “Grief is part of what it means to be human, and Marie Mutsuki Mockett’s book models an approach to grief, an attitude of courage, curiosity, and inquiry that is our birthright, as humans, wherever we happen to be born. Read it. You will be uplifted.” Co-sponsored by the Center for Fiction.

Emily St. John Mandel was born and raised on the west coast of British Columbia, Canada. Her fourth novel, Station Eleven, was a 2014 National Book Award Finalist. All four of her novels—previous books were Last Night in Montreal, The Singer’s Gun, and The Lola Quartet—were Indie Next Picks, and The Singer’s Gun was the 2014 winner of the Prix Mystere de la Critique in France. A staff writer for The Millions, whose work has been anthologized in Best American Mystery Stories 2013, she lives in New York City with her husband.

Marie Mutsuki Mockett was born and raised in California to a Japanese mother and American father. Her first novel, Picking Bones from Ash—a sumptuous novel the converges family history and Japanese ghost stories—was shortlisted for the Saroyan International Prize for Writing, the Paterson Prize and the AAWW Fiction Prize. She has written for The New York Times, Salon, National Geographic, Glamour, and appeared on Talk of the Nation and All Things Considered on NPR. In 2013, Marie was awarded a Fellowship by the NEA and Japan US Friendship Commission, which enabled her to live in Japan. While there, she was featured in the NHK (Japanese National Broadcasting) Documentary, Venerating the Departed.

ON NOT BREAKING YOUR HEART DURING THE APOCALYPSE