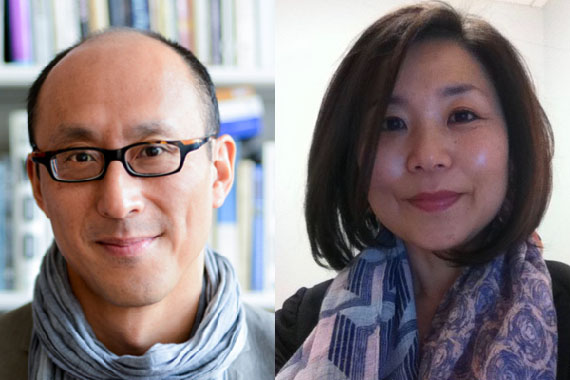 Academic David L. Eng and psychotherapist Shinhee Han first met in the mid-1990s when they were brought together by their collective sorrow by a spate of student suicides at Columbia University. Don’t miss this special discussion of their new book, Racial Melancholia, Racial Dissociation (Duke University Press 2019), which explores the psychic trauma of Asian American young adults from Generation X to Generation Y who they associate respectively with melancholia and dissociation. Through critical race theory and psychoanalytic theory, Eng and Han explore the loss of migration, displacement, and assimilation, as well as Asian American tropes such as coming out, transnational adoption, and model minority stereotypes.

This event is cosponsored by the Asian Women Giving Circle.

In Racial Melancholia, Racial Dissociation critic David L. Eng and psychotherapist Shinhee Han draw on case histories from the mid-1990s to the present to explore the social and psychic predicaments of Asian American young adults from Generation X to Generation Y. Combining critical race theory with several strands of psychoanalytic thought, they develop the concepts of racial melancholia and racial dissociation to investigate changing processes of loss associated with immigration, displacement, diaspora, and assimilation. These case studies of first- and second-generation Asian Americans deal with a range of difficulties, from depression, suicide, and the politics of coming out to broader issues of the model minority stereotype, transnational adoption, parachute children, colorblind discourses in the United States, and the rise of Asia under globalization. As Columbia University Professor Mae Ngai writes: “A most illuminating and productive dialogue about the dark side of the model minority stereotype, where theory meets practice, the social meets the personal, and the material meets the psychic. David L. Eng and Shinhee Han have given us new ways to think about the problems facing Asian American students, including their disturbing rate of suicide on college campuses.”

A former board member of the Asian American Writers’ Workshop, David L. Eng is Richard L. Fisher Professor of English at the University of Pennsylvania.

Shinhee Han is a psychotherapist at The New School and in private practice in New York City.