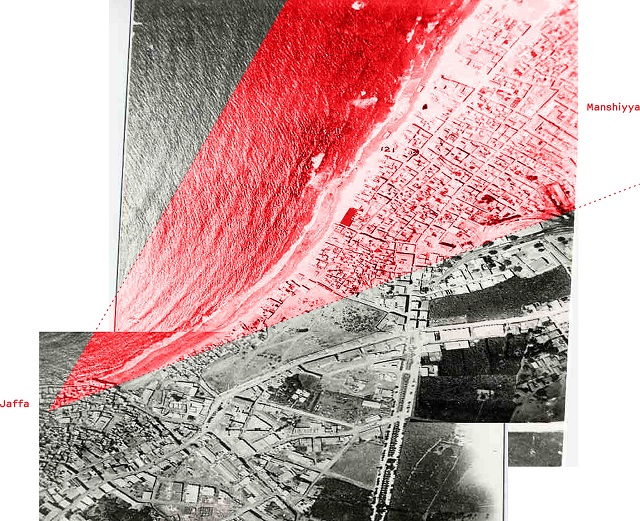 In 2005, over 170 Palestinian civil society organizations called on people around the world to join a Boycott, Divestment, and Sanctions (BDS) movement against the state of Israel until it complies with international law and ends its occupation of Palestinian land.  While prominent musicians and filmmakers have publicly supported BDS, the cultural boycott of Israel has not taken a hold in contemporary visual art or publishing until very recently.

Last month, Living as Form—an acclaimed Creative Time exhibition featuring a rotating set of socially-engaged artists—faced widespread opposition as its “Nomadic Version” (facilitated by Independent Curators International) opened at the Technion – Israel Institute of Technology, a university in Haifa with close ties to Israeli arms companies. Six artists and collectives exhibited in “Living as Form” withdrew from the Technion show, and another nine from other versions of the exhibition supported the boycott. Hundreds of prominent cultural workers joined the call, among them Martha Rosler, Molly Crabapple, Walid Raad, Lucy Lippard, Ariella Azoulay, Judith Butler, and Gayatri Spivak.

Building on this momentum, this event will address the importance of the cultural boycott, debunk myths and misconceptions about how and why the boycott is applied, and outline how cultural workers can effectively support Palestinians. Join the BDS Arts Coalition for a 30-40-minute presentation to be followed by an open question and discussion session.

Image above from Decolonizing Architecture Art Residency, one of the groups to withdraw from Living as Form in Haifa.

Remi Kanazi is a poet, writer, and activist based in New York City. He is the author of Poetic Injustice: Writings on Resistance and Palestine and the editor of Poets For Palestine. He is a recurring writer in residence and advisory board member for the Palestine Writing Workshop and he is on the organizing committee of USACBI (the US Campaign for the Academic and Cultural Boycott of Israel).

Josh MacPhee  is a designer, artist, and archivist. He is a member of  the Justseeds Artists’ Cooperative, the co-author of Signs of Change: Social Movement Cultures 1960s to Now, and co-editor of Signal: A Journal of International Political Graphics and Culture. He helps run Interference Archive, a public collection of cultural materials produced by social movements.

Hannah Mermelstein is a school librarian and Palestine solidarity activist based in Brooklyn, NY. She has led more than 25 delegations to Palestine, and is an active member of Adalah-NY: The New York Campaign for the Boycott of Israel.

BDS: What It Means for Artists