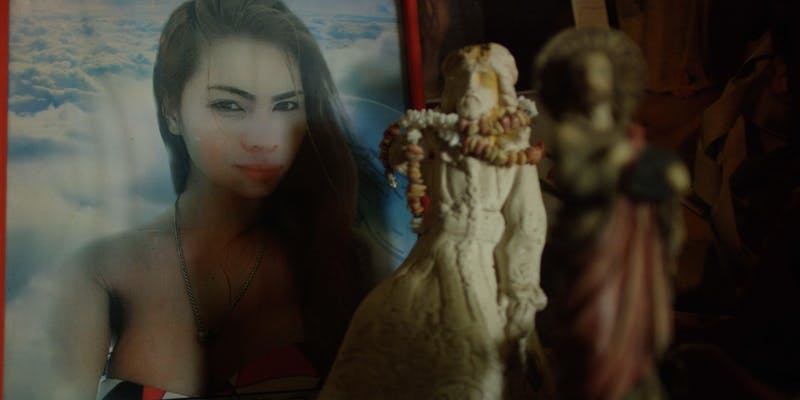 Call Her Ganda follows the tragic murder of Jennifer Laude, a Filipina transgender woman by a U.S. marine, the community organizing and effort that brought her murderer to justice – and the role that the long US-Philippine relationship played in this.

Amidst a media storm and police inquiry, as Jennifer’s family copes with their loss, three women intimately invested in the case, pursue justice—taking on hardened histories of U.S. imperial rule that have allowed previous American perpetrators to evade consequence: An activist attorney, Virgie Suarez, who labors to reveal the truth of Jennifer’s death from inside the courtroom—in the face of strategic silences and sly legal maneuvers from Pemberton’s defense team. A transgender investigative journalist, Meredith Talusan, who determines to bring international attention to the case, writing sharp, in-the-fray essays for VICE, The Guardian and Buzzfeed. And Jennifer’s normally reserved mother, Julita, who finds herself at the affective center of a political uprising, inciting fellow protesters with a tenacious voice she never knew existed.

While seeking justice for Jennifer’s tragic murder, the film looks at a tortuous US-Philippines relationship, which has much in common with other countries that have been forced to host US bases and military personnel – South Korea and Okinawa among them – where the rules allow the US military to commit crimes and injure communities – without any recourse for the communities they impact.

Join Nodutdol, Bayan USA, Gabriela-USA, the Asian American Writers Workshop, Third World Newsreel, the Asian American Arts Alliance and the Documentary Forum at CCNY to watch this film and hear about the US military’s role in Asia and what the peoples of those countries are doing about it – and hear from the film’s director, PJ Raval, along with other speakers.