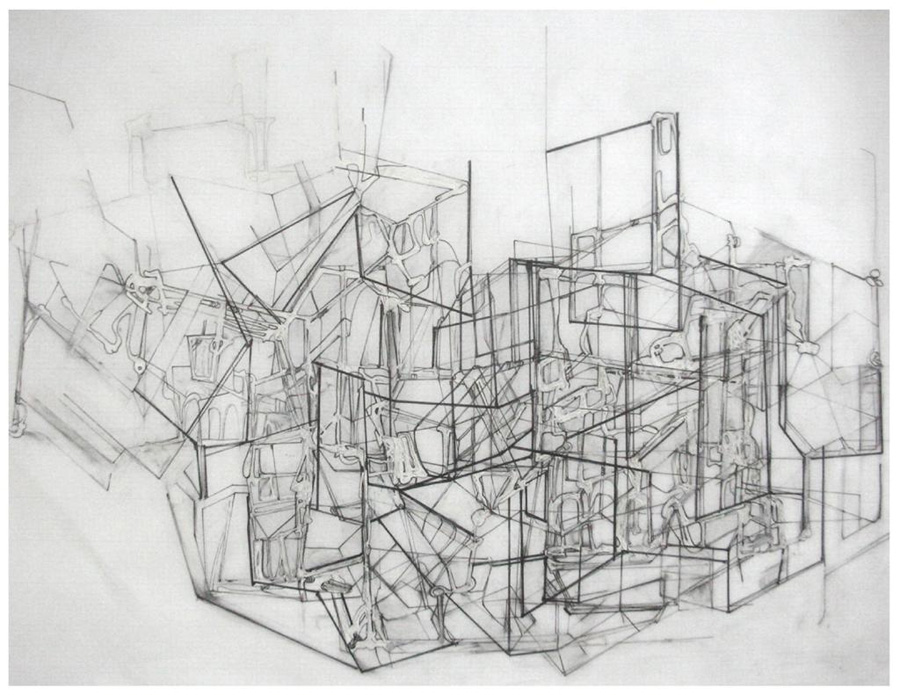 Three experimental writers of color investigate the vision of the city through books that merge visual art with poetry and prose. Sesshu Foster’s eagerly anticipated City of the Future rebels against the gentrification of Chicano/Asian East LA through poems, letters, drawings, and postcards: Douglas Kearney calls it “elegiac, documentarian, furious and fun as hell”! A visual artist exhibited at Performa, ArtDubai, and Art In General, Youmna Chlala imagines language as the vehicle that records memory—the recollections of love, loss and longing that traverse cities and the migration from Beirut—in her new poetry collection The Paper Camera. In the Ravicka novels by Renee Gladman, a linguist-traveler explores the invented city-state of Ravicka, a Wittgensteinian urban landscape with its own gestural language, poetic architecture, and inexplicable physics. Moderated by AAWW Executive Director Ken Chen and co-presented by the Asian/Pacific/American Institute at NYU and Kaya Press.

In Youmna Chlala’s poetry collection The Paper Camera (Litmus 2018), short bursts of poetry in French, Arabic and English mingle with found images and appropriated text. From the rhizomic mix flicker images, at once present and absent, of love and migration. As Chlala says in an interview in The Common, she sees art-making and writing as a way of creating “space of potential”—“speculative moments” about the future. A professor at the Pratt Institute and the founder of Eleven Eleven {1111} Journal of Literature and Art, she has been exhibited at Hayward Gallery, The Drawing Center, Art In General, ICA London, Rotterdam International Film Festival, and the Lofoten International Art Festival. As Litmus Press wrote when the book won its 2016 Open Call, “Multi-lingual and hybrid in form, The Paper Camera speaks to the porousness and fragility of a body at risk, in flux, yet deftly moving through the liminal spaces of home and language.” Read her interview with Rabih Alameddine in AAWW’s The Margins.

Sesshu Foster’s new poetry collection City of the Future (Kaya Press, 2018) throttles through the highways, barrios, and throbbing arteries of East Los Angeles. Charting gentrification as a psychic crackdown on migrant communities, City of the Future manifests a psychogeography of Latinx/Japanese L.A. and also serves as an elegy for Foster’s death. From Tijuana farm workers to L.A. art galleries, Rosa Luxemburg to Brisenia Flores, the book collages journal-like poems, wild riffs, mysterious squiggles, and hand-drawn postcards; in fact, the back book flap consists of a postcard you can send to the author, the President, or an immigrant rights group. Foster previously wrote City Terrace Field Manual, his boundary-breaking first work on the physical and psychological landscapes of LA; World Ball Notebook (City Lights 2009), winner of an American Book Award and AAWW’s own Asian American Literary Award for Poetry; and the Believer Book Award-winning speculative-fiction novel Atomik Aztex (City Lights 2005), which imagines an America free of European colonizers. Chris Kraus says, “Sesshu Foster is the poet of the future.”

“Walls created an enclosure in which dreaming separated itself from sleep and the body stood up and walked into the city…” So begins the second book in Renee Gladman’s Ravicka series, an oneiric and philosophical trilogy of fables that take place in an invented city-state: Event Factory (Dorothy 2010), The Ravickians (Dorothy 2011), Ana Patova Crosses a Bridge (Dorothy 2013), and Houses of Ravicka (Dorothy 2017). Inhabitants greet each other in a language of bizarre gestures—or speak dialects of pure breathe, not words. Houses go missing or turn invisible. Meaning glides abstractly around the corner. As Jeff VanderMeer writes, “More Kafka than Kafka, Gladman’s achievement ranks alongside any of Borges’ in its creation of a fantastical landscape with deep psychological impact.” A writer and artist preoccupied with lines, crossings, thresholds, geographies, and syntaxes, Gladman also wrote Calamities (Wave Books, 2016) and Prose Architectures (Wave Books, 2017), a monograph of ink drawings that dissolves boundaries between drawing and writing with an introduction by Fred Moten.

This event is co-sponsored by the Asian/Pacific/American Institute at NYU and Kaya Press and will be livestreamed on the Asian American Writers’ Facebook page.

NOTE ON ACCESSIBILITY
*The space is wheelchair accessible. Direct elevator from ground floor to 6th floor.
*We strongly encourage all participants of the space/event to be scent-free.
If you all have any other specific questions about accessibility, please email Tiffany Le at tle@aaww.org with any questions on reserving priority seating.

Cities of the Future