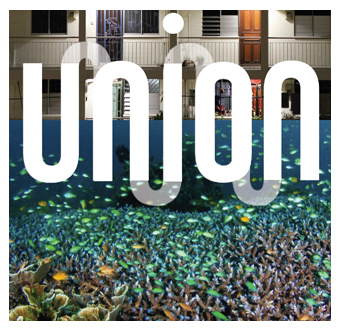 Join us to celebrate the release of Union, a new anthology assembled by international literary journal Drunken Boat. Commemorating 50 years of Singaporean independence (as well as the journal’s 15-year anniversary), Union draws out underlying connections between Singapore and the United States, both heterogenous, cosmopolitan democracies. Ravi Shankar, the founding editor of Drunken Boat, will emcee a reading featuring acclaimed American writers Rachel Hadas, Rand Richards Cooper, Sabina Murray, Stephanie Strickland, and Gregory Pardlo, who just won the Pulitzer Prize for Poetry. They’ll be joined by Singaporean writers Christine Chia, Amanda Lee Koe, and Jee Leong Koh. Alvin Pang, who co-edited the anthology with Shankar, writes: “Here are poems and fiction that interrogate boundaries, and push against the confines of geography, history and culture… Here too is the shock of recognition that what ultimately unifies us may well be a shared loneliness and the desire for connection.” Reserve a seat for this amazing event.

Christine Chia is the author of The Law of Second Marriages (Math Paper Press) and a sequel, Separation: a history (Ethos Books, 2014), a collection of prose poetry that weaves together the stories of the Separation between Singapore and Malaysia and the separation between her parents. ? Rand Richards Cooper is the author of The Last to Go and Big As Life and is writing a book about midlife fatherhood. ? Guggenheim Fellow Rachel Hadas teaches English at the Newark campus of Rutgers University, and is the author of seventeen books, including the prose collection, Merrill, Cavafy, Poems & Dreams, forthcoming this July from the University of Michigan Press Poets on Poetry series. ? Amanda Lee Koe is the fiction editor of Esquire Singapore, a 2013 Honorary Fellow of the International Writing Program at the University of Iowa, and the youngest winner of the Singapore Literature Prize for the short story collection Ministry of Moral Panic. ? Singaporean poet Jee Leong Koh has published four books of poems, including Steep Tea (Carcanet Press, 2015), and runs the arts website Singapore Poetry, the Second Saturdays Reading Series, and the Singapore Literature Festival in New York. ? Filipina novelist Sabina Murray is the author of the novels A Carnivore’s Inquiry (Grove 2004), Slow Burn (Ballantine 1990), and The Lovers (Grove 2007), and The Caprices (Houghton Mifflin 2002, Grove 2007) which won the PEN/Faulkner award. ? Gregory Pardlo is an American poet, writer, and professor, whose book Digest won the 2015 Pulitzer Prize for Poetry. ? Stephanie Strickland is an American poet and interactive hypermedia author whose many books include Dragon Logic (2013), Zone : Zero (2008), True North (1997), and Give the Body Back (1991). ? Founding editor of Drunken Boat, Ravi Shankar is the editor of Language for a New Century and the author of Deepening Groove and What Else Could it Be.

$5 Suggested Donation
Open to the public