how to write about a research paper when writing an article title do you underline it recomendation letter for a teacher from a director seo article writing for beginners how to write implications in a research paper
Feminist Visions: Retracing the Mughals
Morehshin Allahyari, Ruby Lal, Shahzia Sikander & Harris Chowdhary 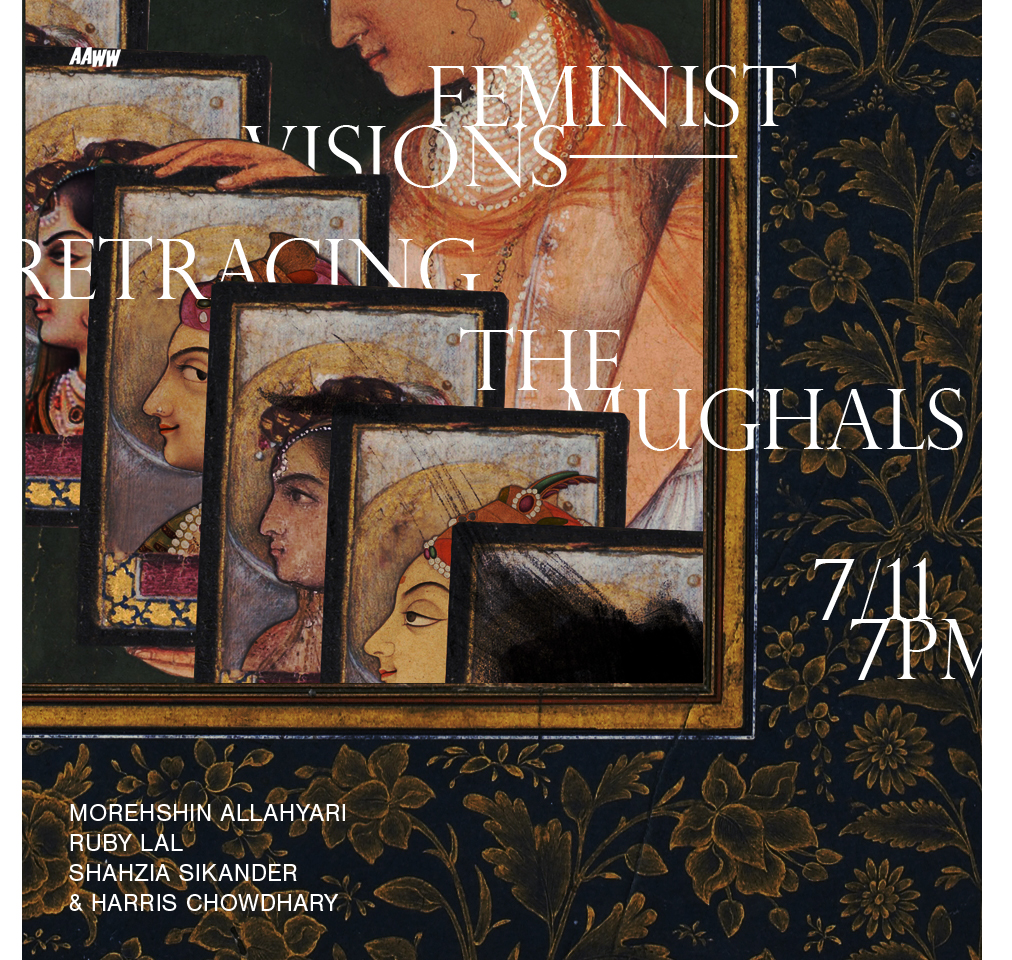 Join us for an event that envisions the past and present of the Muslim World and Indo-Persian history through writing and visual art. Featuring Ruby Lal, the author of a new biography of the only female Mughal ruler, Nur Jahan, and visual artists Morehshin Allahyari and Shahzia Sikander. Moderated by Harris Chowdhary.

Morehshin Allahyari is an artist, activist, educator, and occasional curator. She is the recipient of the leading global thinkers of 2016 award by Foreign Policy magazine. Morehshin was born and raised in Iran and moved to the United States in 2007. She thinks about technology as a philosophical toolset to reflect on objects and as a poetic means to document our personal and collective lives struggles in the 21st century. Morehshin has been part of numerous exhibitions, festivals, and workshops around the world including Venice Biennale di Archittectura, Museum of Contemporary Art in Montreal, Tate Modern, Queens Museum, Pori Museum, Powerhouse Museum, Jeu de Paume, Contemporary Arts Museum of Houston, Museum für Angewandte Kunst. Her work has been featured in The New York Times, Huffington Post, Wired, National Public Radio, Parkett Art Magazine, Frieze, Rhizome, Hyperallergic, and Al Jazeera, among others.

Ruby Lal is Professor of South Asian Studies at Emory University, Atlanta. She holds a D.Phil in Modern History from the University of Oxford, UK, and an M.Phil in History from the University of Delhi, India. She has taught at the Johns Hopkins University, Baltimore, in History and Anthropology, and served as Associate Director of the Program for the Study of Women, Gender and Sexuality. Her fields of study include feminist history and theory, and the question of archive as it relates to writing about Islamic societies in the precolonial and colonial world. Her first book, Domesticity and Power in the Early Mughal World (Cambridge University Press, New York, 2005) won much acclaim, including numerous reviews in major international journals and magazines, such as The New York Review of Books, The Economic and Political Weekly, Revue Historique, and The Times Literary Supplement. Her second book, Coming of Age in Nineteenth Century India: The Girl-Child and the Art of Playfulness (Cambridge University Press, New York, 2013) was reviewed extensively in academic journals and magazines with wider intellectual concerns. Her current, creative non-fiction work is a narrative history of Mughal Empress Nur Jahan, Empress: The Astonishing Reign of Nur Jahan (W.W. Norton, NY, 2018). Her published work is widely cited, and she is frequently invited to speak at academic and non-academic settings. Her short stories have appeared in Indian Literature and in The Little Magazine. She is revising her short-story collection, Rubble and Other Stories.

Born in Lahore, Pakistan, in 1969, Shahzia Sikander earned a B.F.A. in 1991 from the National College of Arts (NCA) in Lahore, where she received rigorous training from master miniaturist Bashir Ahmad. She became the first woman to teach in the Miniature Painting Department at NCA, alongside Ahmad, and was the first artist from the department to challenge the medium’s technical and aesthetic framework. Sikander’s breakthrough work, The Scroll, 1989–90, received national critical acclaim in Pakistan, winning the prestigious Shakir Ali Award, the NCA’s highest merit award, and the Haji Sharif award for excellence in miniature painting, subsequently launching the medium into the forefront of NCA’s program, which brought international recognition to this medium within contemporary art practices. The artist moved to the United States to pursue an M.F.A. at the Rhode Island School of Design from 1993 to 1995; from 1995 to 1997, she participated in the CORE Program of the Glassell School of Art at The Museum of Fine Arts, Houston. Sikander’s pioneering practice takes classical Indo-Persian miniature painting as its point of departure and challenges the strict formal tropes of the genre by experimenting with scale and various forms of new media. Informed by South Asian, American, Feminist and Muslim perspectives, Sikander has developed a unique, critically charged approach to this time-honored medium––employing its continuous capacity for reinvention to interrogate ideas of language, trade and empire, and migration. A recipient of a MacArthur Fellowship (2006) and the State Department Medal of Arts (2012), Sikander has been the subject of many major international exhibitions, recently including MAXXI | Museo nazionale delle arti del XXI secolo, Rome (2016-17); Asia Society Hong Kong Center, Hong Kong (2016); and the Guggenheim Museum, Bilbao (2015).