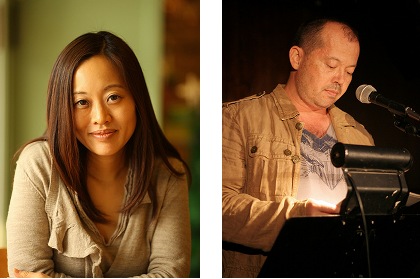 Krys Lee’s debut short story collection, Drifting House, explores the heartbreaking forgings of Korean identity in the wake of war and economic collapse. Haunted by their tragic past, Lee’s cast of characters include a spurned wife who seeks to rescue her kidnapped daughter in America and a tenant who believes his mother has been reincarnated in his pet goose. The much heralded Drifting House is a portrait of the enduring grief of contemporary Korea and its diaspora. Krys will appear in conversation with Whiting Award winning novelist Alexander Chee, the blogger behind Koreanish.

Krys Lee was born in Seoul, South Korea, raised in California and Washington, and studied in the United States and England. She was a finalist for Best New American Voices, received a special mention in the 2012 Pushcart Prize XXXVI, and her work has appeared in the Kenyon Review, Narrative magazine, Granta (New Voices), California Quarterly, Asia Weekly, The Guardian, The New Statesman, and Condé Nast Traveller, UK (forthcoming). She lives in Seoul with intervals in San Francisco.

Alexander Chee was born in Rhode Island, and raised in South Korea, Guam and Maine. He is a recipient of the 2003 Whiting Writers’ Award, a 2004 NEA Fellowship in Fiction and residency fellowships from the MacDowell Colony , the VCCA, Ledig House, the Hermitage and Civitella Ranieri . His first novel, Edinburgh (Picador, 2002), is a winner of the Michener Copernicus Prize, the AAWW Lit Award and the Lambda Editor’s Choice Prize, and was a Publisher’s Weekly Best Book of the Year and a Booksense 76 selection.