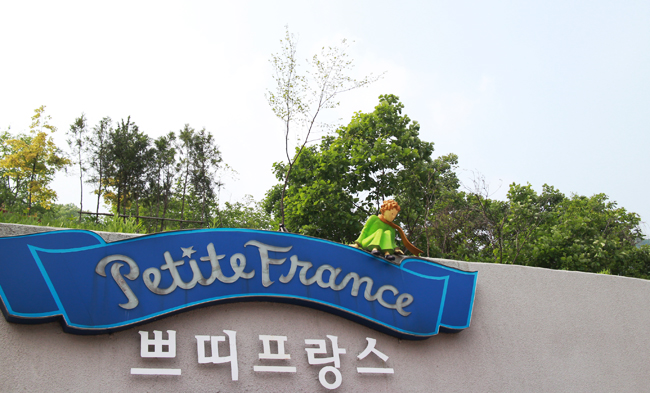 Don your corset, lorgnette, and domino mask and come celebrate long-time AAWW homie Alexander Chee and his critically acclaimed second novel, Queen of the Night (Houghton Mifflin Harcourt 2016). Fifteen years in the making and already hitting its fourth printing on its publication date, this operatic novel of performance and reversals has been acclaimed by NPR, Vogue, and The New Yorker. In addition to discussing the novel, Alexander will also discuss the Korean and East Asian love affair with all things French, in conversation with memoirist Paula Lee, novelist Ann Mah, and chef Bo Kyung O’Connor, former personal chef for Lady Gaga. All audience members will receive a free Mini Red Ginseng Napoleon!

Described by The New Yorker as a “postmodern bodice ripper,” Queen of the Night follows Lilliet Berne, a soprano famous across Second Empire France, where fashion, performance, and sexual politics blend together in Paris Opera, high culture balls, and the boudoir of the prostitute and the courtesan. While Lilliet is celebrated for her voice, she discovers that a new libretto refers to her secret past as an immigrant from the American midwest and an alumnus of a New York circus and Paris brothel. (The novel, in this way, interpolates race, gender and migration into the Regency France bell monde.) Inspired partly by The Magic Flute, Queen of the Night–as Alexander tells novelist Catherine Chung in our Margins interview–also reimagines the French Regency as a constellation of powerful and often underrecognized women, like George Sand, the Empress Eugenie, and the Comtesse de Castiglione, a mistress/spy who he calls “a 19th-century Cindy Sherman.” As Natalie Bakopoulos writes in the San Francisco Chronicle: “This is the beauty of this book. It has all the trappings of the period: the artifice, the meticulously researched details, but at its heart is the story of a woman, lost, in love, and singing in the dark.”

After Alexander reads from Queen of the Night, he’ll be joined by Bo Kyung O’Connor and Paula Lee to discuss the East Asian infatuation with France, perennially listed as the top dream destination for Chinese and Korean tourists. Believe it or not, such Asian Francophilia has even been diagnosed as an actual condition: “Paris Syndrome,” the sudden shock that 1980s East Asian tourists experienced when they visit the real Paris, rather than one of their dreams. If you’ve ever visited a patisserie in Seoul, Tokyo or Taipei, if you’ve chomped down on a japchae croquette at Paris Baguette in K-town, you know exactly what we’re talking about. South Korean-born and New York-raised, Bo Kyung O’Connor is the Executive Chef at The Pomeroy in Astoria and formerly served as the personal chef to Lady Gaga on her worldwide tour. A historian of France, Paula Lee is the author of several books including the award-winning Deer Hunting in Paris: A Memoir of God, Guns, and Game Meat (Travelers’ Tales Guides 2013), whose Maine/Paris tale of love, travel, and carnivorous cooking led her to be described as “M.F.K. Fisher with a gun, Julia Child prepping roadkill.” The conversation will be moderated by Ann Mah, the author of the memoir Mastering the Art of French Eating (Viking 2013, Penguin 2014), and the novel, Kitchen Chinese (HarperCollins 2010).

For more about Alexander Chee, check out his advice for aspiring writers. Watch him in conversation with Roxane Gay. And read him discussing the future of the Asian American Writers’ Workshop! 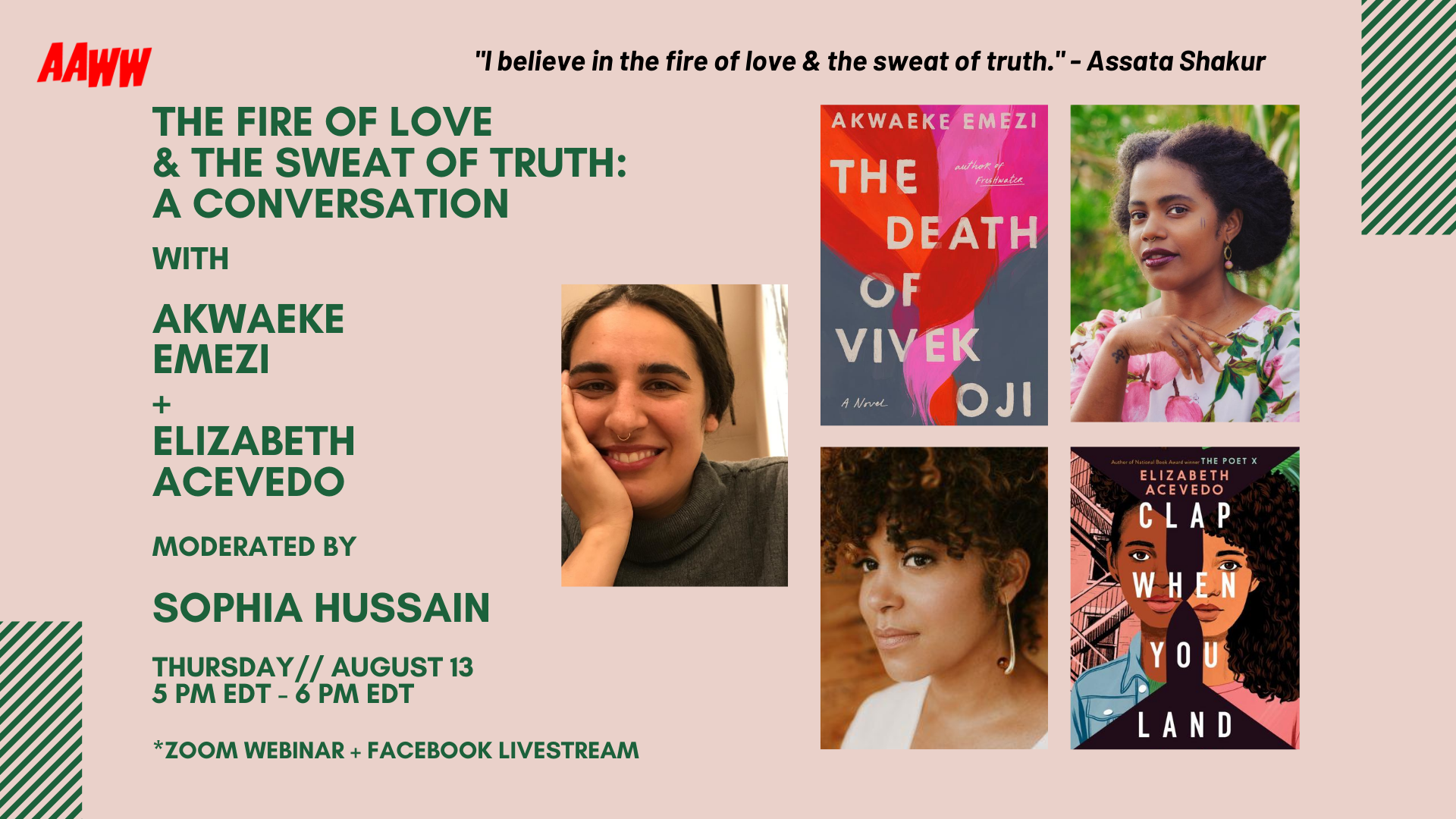 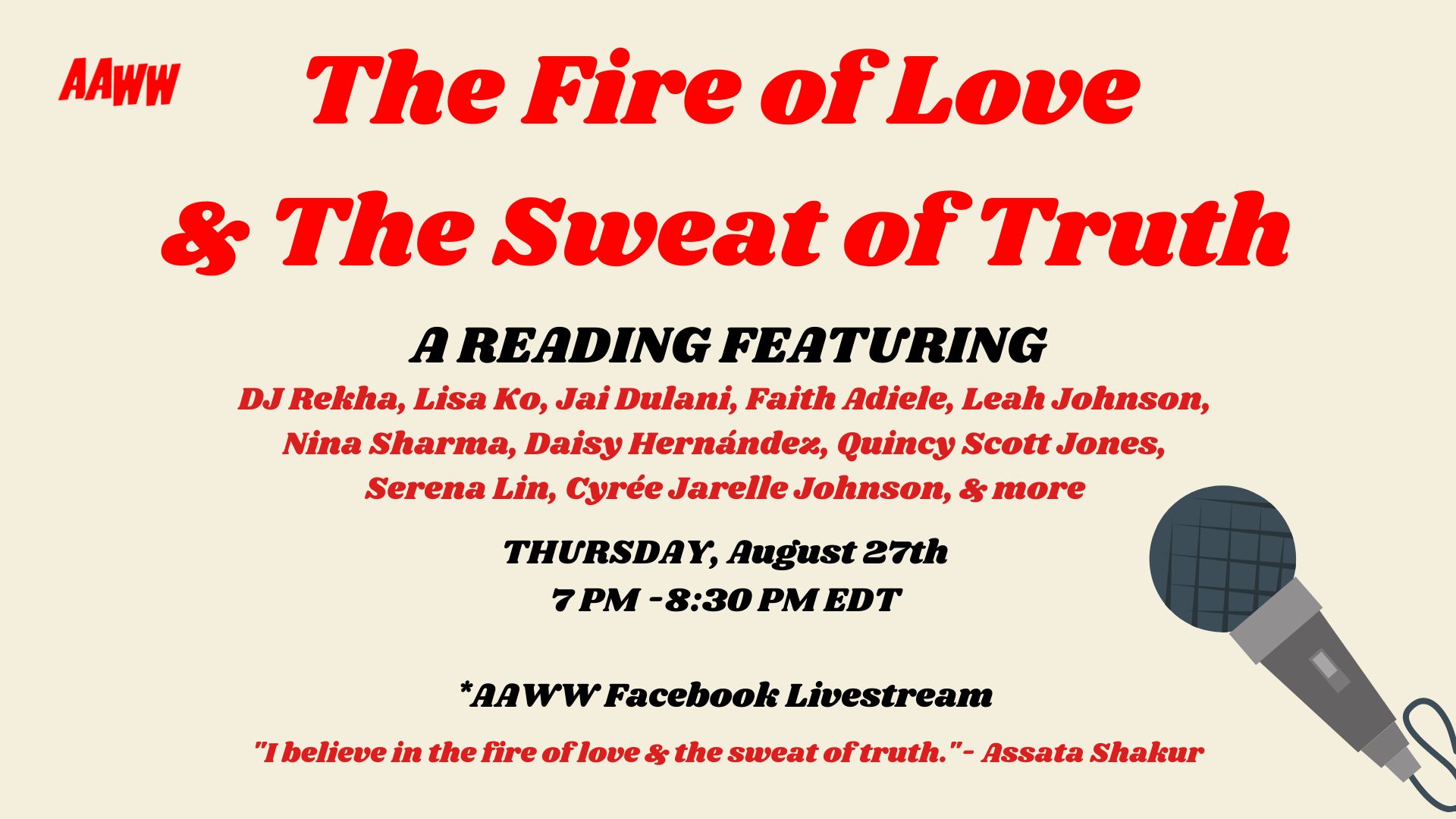 The Fire of Love & The Sweat of Truth: A Reading
DJ Rekha, Faith Adiele, Jai Dulani, Lisa Ko, Nina Sharma, Daisy Hernández, Quincy Scott Jones, Serena Lin, Cyrée Jarelle Johnson, and more
“I Believe In The Fire Of Love And The Sweat Of Truth”  ― Assata Shakur   All struggles for freedom are intertwined. We at AAWW join in freedom struggles for Black and Indigenous people and by extension all those who are fighting for liberation. We believe song, literature and community...