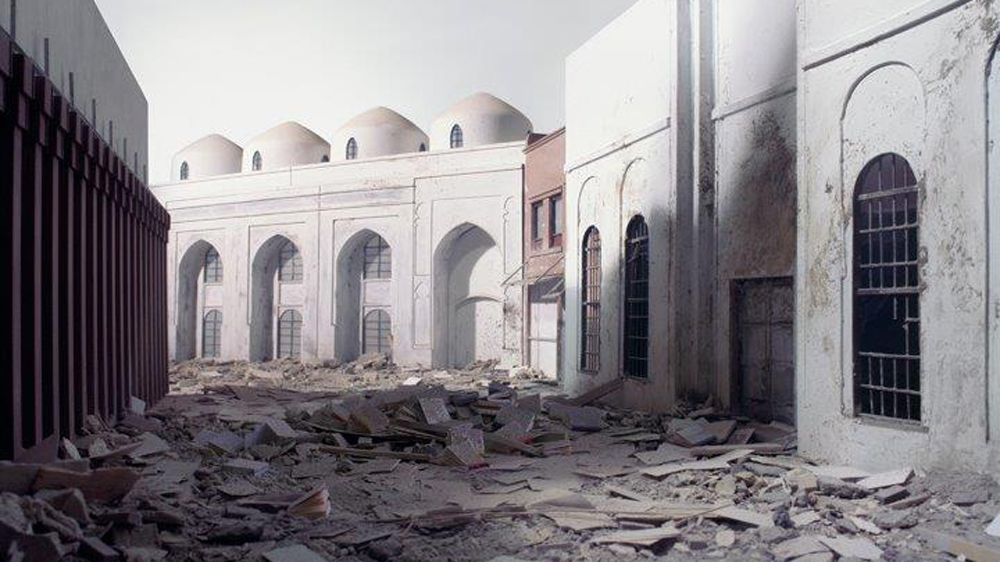 Join us for a special event about how has Iraq changed post American invasion and how the war on terror has been “brought home” through an expanded security state. We are featuring journalist Erin Banco, who wrote the recently released Pipe Dreams, Nisha Kapoor, the author of Deport, Deprive, Extradite, a radical analysis of the contemporary security state, Iraqi artist Wafaa Bilal, who will read from his book, Shooting an Iraqi, and Marina Budhos, the author of Watched, an award-winning YA novel about a Bangladeshi teenager in Jackson Heights whose community is surveilled — and who accepts a deal to join the surveilling. Moderated by AAWW Programs Coordinator Sophia Hussain and co-presented by Al-Mutanabbi Street Starts Here.

Erin Banco’s Pipe Dreams: The Plundering of Iraq’s Oil Wealth (Columbia Global Reports, 2018) tells the story of how the fifteen years since the American invasion of Iraq have left ordinary citizens poorer and more despondent than they were under Saddam Hussein. Far from delivering on the promise of an oil-financed unified Iraqi democracy, Banco’s investigation focuses on Iraqi Kurdistan to show how political infighting, Western meddling, widespread corruption and the war with ISIS has squandered oil wealth. The Washington Post’s Loveday Morris calls Pipe Dreams “a fascinating and revealing dive into the murky world of oil contracts” and Lauren Bohn of Foreign Policy Interrupted praises Banco for “[bringing] us the woefully untold story of theft in Iraq.” Banco is an investigative reporter at the Star-Ledger and NJ.com. A former fellow at The New York Times and the Middle East correspondent for International Business Times, she has covered the Middle East for years.

Marina Budhos’s award-winning novel Watched (Random House, 2016) examines what it’s like to grow up under surveillance through the story of Naeem, a Bangladeshi American teenager in Jackson Heights who is approached by NYPD’s counterrorism detectives to become an informant. Moustafa Bayoumi writes, “Delving into the real human costs of today’s surveillance culture, Watched reveals profound immigrant truths about survival and betrayal, and what it really means to feel like you belong.” Watched is Budhos’s third book in a series of about immigrant teens, including Ask Me No Questions (2006) and Tell Us We’re Home (2010). Budhos has received a Rona Jaffe Award for Women Writers, has been a Fulbright Scholar to India, and is a professor of English at William Paterson University. She launched Watched at AAWW in 2016 with a live staging of the book.

Wafaa Bilal is an Iraqi-born political artist and the author of Shoot An Iraqi: Art, Life and Resistance Under the Gun (City Lights, 2008). Bilal’s work is constantly informed by the experience of fleeing his homeland and existing simultaneously in the “comfort zone” of the U.S. and his consciousness of the “conflict zone” in Iraq. His performances and interactive works have included an installation of blank books to crowdsource funding to replace destroyed books in Bagdad. Based in New York, Bilal is an Associate Arts Professor at NYU’s Tisch School of the Arts.

Weaving case studies and political history, professor and activist Nisha Kapoor’s Deport, Deprive, Extradite: 21st Century State Extremism (Verso Books, 2018) shows how the extradition of Muslim men in the US and UK accused of terrorism offenses emerges as a modern form of expulsion that marks populations as conditional citizens, or non-human. Vijay Prashad writes, “This is courageous research, a book that should be read by all citizens of 21st century states that claim to be fighting extremism but have themselves become extremist states.” A Lecturer in Sociology at the University of York, Kapoor is the co-editor of The State of Race.

This event will be livestreamed on the Asian American Writers’ Facebook page. Co-presented with Al-Mutanabbi Street Starts Here. This event is one of many taking place aroudn the world to commemorate the bombing of al-Mutanabbi Street — the ‘street of the booksellers’ in Baghdad, Iraq on 5th March 2007.

NOTE ON ACCESSIBILITY
*The space is wheelchair accessible. No stairs. Direct elevator from ground floor to 6th floor.
*We strongly encourage all participants of the space/event to be scent-free.
If you all have any other specific questions about accessibility, please email Tiffany Le at tle@aaww.org with any questions on reserving priority seating.
/\ /\ \/\/ \/\/

Plunder and Surveillance: Aftermaths of the Iraq War