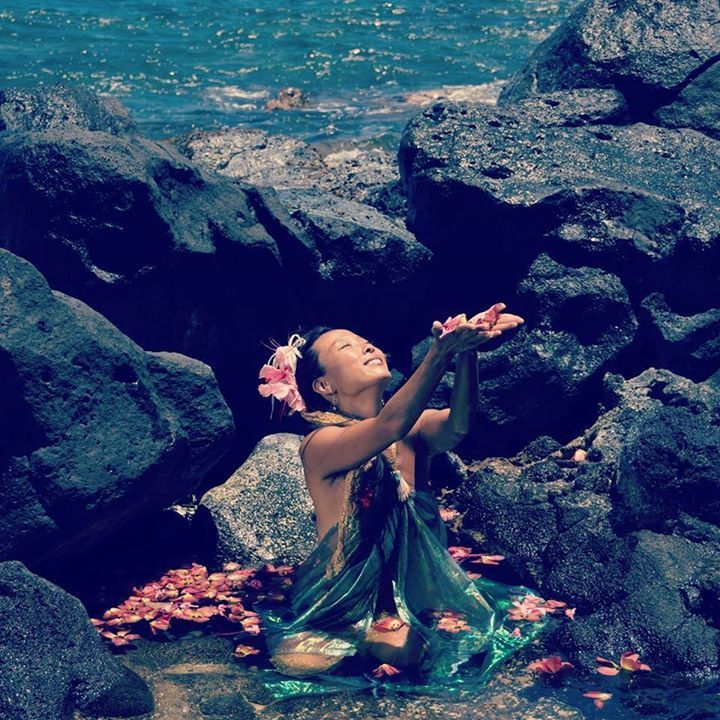 Come on out for a kanikapila vegetarian potluck — an evening of music and poetry to fundraise for the recording of Ishle Yi Park’s Bless Our Waters, her first musical CD in Hawaii with Na Hoku Award-winning Asian Pacific Islander musician & producer Kenneth Makuakane. Featuring Taiyo Na and other friends. To learn more and contribute to the album:
https://www.gofundme.com/bless-our-waters-album?pc=em_co_shareflow_m&rcid=r01-149855820472-d3ac46b6e8cd44f8

Poet and singer Ishle Yi Park’s first book of poetry, The Temperature of This Water (2004), won three literary awards, including Members’ Choice for the Asian American Literary Awards and the PEN America Open Book Award for Outstanding Writers of Color. She served as the Poet Laureate of Queens, New York from 2004 to 2007. Her work has been published in Ploughshares, Manoa, The Beacon Best, Best American Poetry, and Century of the Tiger: 100 Years of Korean Culture in America. Ishle was a touring cast member of Def Poetry Jam & regular on the HBO series, and has opened for artists such as KRS-One, Ben Harper, De La Soul, and Saul Williams. She has two CDs: Work is Love & Luminous, and Homegrown, with Ammon Tainui Watene (in a collaboration called Ohana Nui).

Taiyo Na is a musician, writer, and educator. Honored by Governor David A. Paterson and the State of New York for his “legacy of leadership to the Asian American community and the Emptire State” in 2010, Taiyo’s debut album Love is Growth (Issilah Productions, 2008) established himself as “a multidimensional talent with a unique creative voice that fuses the rhythms of the city that raised him with the soul of the Asian immigrant culture that birthed him” (OkayPlayer.com). Taiyo has shared stages with Maya Angelou and Janice Mirikitani, and at age 19 was selected as one of the “25 Best Emerging Artists Under the Age of 25” by New World Theater’s Intersection Conference in 2002. Taiyo was also Artistic Director of the Sulu Series as well as Entertainment host for Asian America (WNYE), a weekly Public Television show syndicated by PBS.