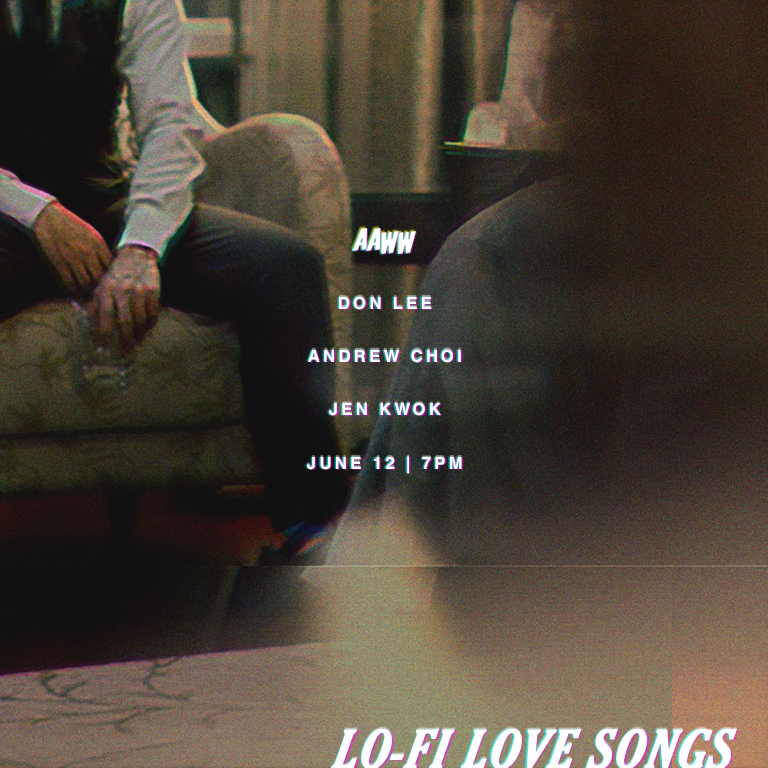 Don Lee reads from his new novel about the heartbreak and failures of a Korean American singer-songwriter, whose life takes a turn when he encounters an old flame, Lonesome Lies Before Us (W.W.. Norton 2017). Marlon James calls it a “wonderfully lyrical novel,” whose loving portraits of “beautiful losers” serves as an “allegory for the faded dream of America itself.” Featuring a performance by Andrew Choi, the indie pop musician behind St. Lenox who’s been praised by NPR, Stereogum, and Vice. Moderated by Jen Kwok, a writer and performer featured in the New York Times, PBS, and Rolling Stone.

Jaimy Gordon calls Don Lee’s Lonesome Lies Before Us “simply the best?the deepest, most knowing and unsparing?novel about the inhumanity of the world of work in the spiritually depleted twenty-first century that I have seen.” The book tells the story of failed country singer Yadin Park, former acclaimed singer-songwriter, current carpet installer, who finds his life changed when he runs into his old flame and Nashville singing partner. The book’s quiet tale of love and bittersweet sadness is a must-read for fans of Gram Parsons, Emmylou Harris or Will Johnson, who made the book trailer. Lee previously wrote the novels The Collective, Wrack and Ruin and Country of Origin and the story collection Yellow. For nineteen years, he was the principal editor of the literary journal Ploughshares. Read him in AAWW’s The Margins talking about windsurfing.

Andrew Choi’s St Lenox’s second album Ten Hymns From My American Gothic explores the experiences of his parents, immigrants from Korea, and his own identity as a second-generation Korean-American. The album was praised by Stereogum, PopMatters, NPR’s Songs We Love, Salon, and Vice. Allmusic said that Choi’s “gutsy indie pop chronicles the modern American experience in a dazzling litany of soulful free verse … [melding] glossy electronic textures with richly chorded piano pop delivered in an intensely soul-bearing tenor that falls somewhere between Cee Lo Green and John Darnielle.”

Jen Kwok is a writer and performer from Palmdale, CA who is based in Queens, NYC and has hosted Kollaboration NY & DC and the AAWW’s Mouth to Mouth series. Jen’s work has been featured by The New York Times, PBS, ComedyCentral, BuzzFeed, and Rolling Stone Magazine. Film and television work includes ABC’s Quantico, Band Leader/Keytarist of MTV’s Middle of the Night Show, HBO’s High Maintenance, Showtime’s Nurse Jackie, PBS’ Asian America, and the movie Eat, Pray, Love. She has also appeared in several viral web videos  – including her own music video, “Date an Asian”, College Humor’s “Zordon Is a Racist” and “Subway Panhandler”.  Jen’s current live music project, Songs for One, is a unique, intimate experience where she performs concerts for one single person at a time.