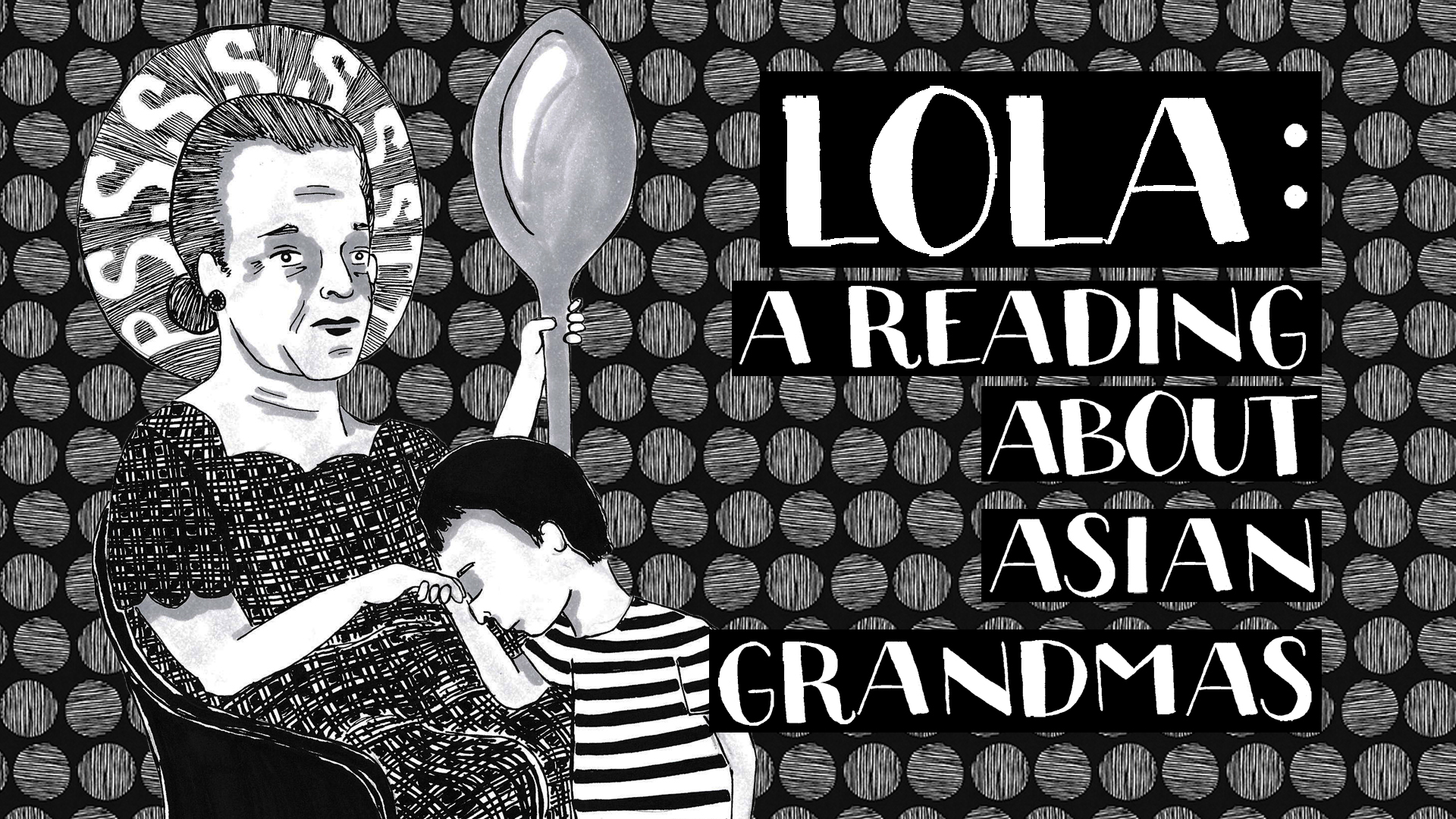 Has your superstitious grandma ever told you myths that you haven’t been able to forget? Join us for this event about Asian grandmas with critically acclaimed cartoonist and Last Night’s Reading creator Kate Gavino, whose new graphic novel Sanpaku explores the Japanese myth through the eyes of Marcine, an impressionable Filipina preteen who lives for her grandmother’s eccentric stories. Kate will be joined by The Verge‘s Angela Chen, Little A editor Vivian Lee, GQ Senior Editor Kevin Nguyen, Catapult’s Matt Ortile, and editor and author Rakesh Satyal, who will share pieces about their grandmothers.

In Kate Gavino’s new graphic novel, an ominous condition known as sanpaku plagues the waking life of young Marcine. When Marcine learns about the theory, which says that seeing the white around the iris of your eyes is a bad omen, she begins to see it everywhere: in her ailing lola, her classmates, and even JFK. Sanpaku (BOOM! Studios, 2018) is a stark and explorative debut that examines what it means to challenge and cling to old beliefs in the process of forging one’s values and identity. Sierra Hahn writes, “Cartoonist Kate Gavino is primed to be one of her generation’s most refreshing and honest voices in comics.” Kate is a writer and illustrator and the creator of the website, Last Night’s Reading, which was compiled into a published collection by Penguin Books in 2015. Her work has been featured in Buzzfeed, Lenny Letter, and Oprah.com.

Angela Chen is a science journalist at The Verge, previously a reporter with The Wall Street Journal. Her reporting and essays have also been published in The Guardian, The Atlantic, Paris Review, Aeon Magazine, Pacific Standard, Hazlitt and more, and she writes a monthly narrative column for Catapult. Her first book, ACE, is forthcoming from Beacon Press. She is on Twitter: @chengela

Vivian Lee is an editor at Little A, Amazon Publishing’s literary fiction and narrative nonfiction imprint, and is a 2018 PW Rising Star Honoree. Her writing can be found at The Los Angeles Times, Eater, The Rumpus, World Policy Journal, Epicurious, Entropy, TASTE, shondaland, and more.

Kevin Nguyen is currently senior editor of GQ, where he writes about books, music, and popular media, and was editorial director at Oyster and Google Play Books.

Matt Ortile is the managing editor of Catapult magazine. Previously, he was the founding editor of BuzzFeed Philippines. He’s written for BuzzFeed, Into, Out, Details, Town & Country, and Side B Magazine. He graduated from Vassar College, which means he now lives in Brooklyn. He’s also working on a book of nonfiction. He’s been describing it as, “If Roland Barthes and Carrie Bradshaw had a baby, and the baby was Filipino and on Grindr.”

Rakesh Satyal is the author of No One Can Pronounce My Name (Picador, 2017), an novel about a close-knit community of Indian Americans navigating life in suburban Ohio. His first novel, Blue Boy, won the 2010 Lambda Literary Award for Gay Debut Fiction and the 2010 Prose/Poetry Award from the Association of Asian American Studies. Satyal was a recipient of a 2010 Fellowship in Fiction from the New York Foundation for the Arts and two fellowships from the Norman Mailer Writers’ Colony. His writing has appeared in New York magazine, Vulture, Out magazine, and The Awl. The Senior Editor at Atria Books, a division of Simon & Schuster, he edits and writes in Brooklyn.

Lola: A Reading About Asian Grandmas