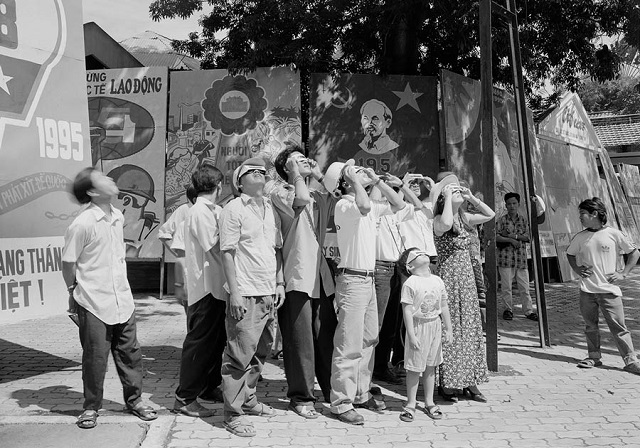 The body carries memory, trauma, war, escape, repression. To excavate it is a political act. Lan Cao‘s new novel, The Lotus and the Storm, pulls the viewer back and forth between contemporary America and the war in Vietnam, following a family as they uncover truths about the atrocities there. Paul Tran molds spoken word poetry out of his historical research, using gesture, rhythm, and quotation to animate those narratives.

Lan Cao is a novelist and a renowned expert in international law, trade, and economic development. A professor at Chapman Law School, she lives in southern California. She is the author of the acclaimed Monkey Bridge, 1998.

Paul Tran is an Asian American historian, activist, and spoken word poet. He won “Best Poet” and “Pushing the Art Forward” at the national college poetry slam and has also received awards and fellowships from Kundiman, the VONA/Voices Writing Workshop, the Asian American Literary Arts & Performance Festival, the Coca-Cola Scholars Foundation, the Andrew W. Mellon Foundation. He twice coached the Providence Youth Slam team, which competed at the international Brave New Voices poetry festival in Chicago (2013) and Philadelphia (2014), and most recently taught the Untitlement Project at New Urban Arts. He lives in Brooklyn, New York.

Co-sponsored by the The A/P/A Institute at NYU and the NYU Vietnamese Students Association.

This event was funded in part by Poets & Writers, Inc., with public funds from the New York City Department of Cultural Affairs, in partnership with the City Council.

Image above: An-My Le, from the Viet Nam series.