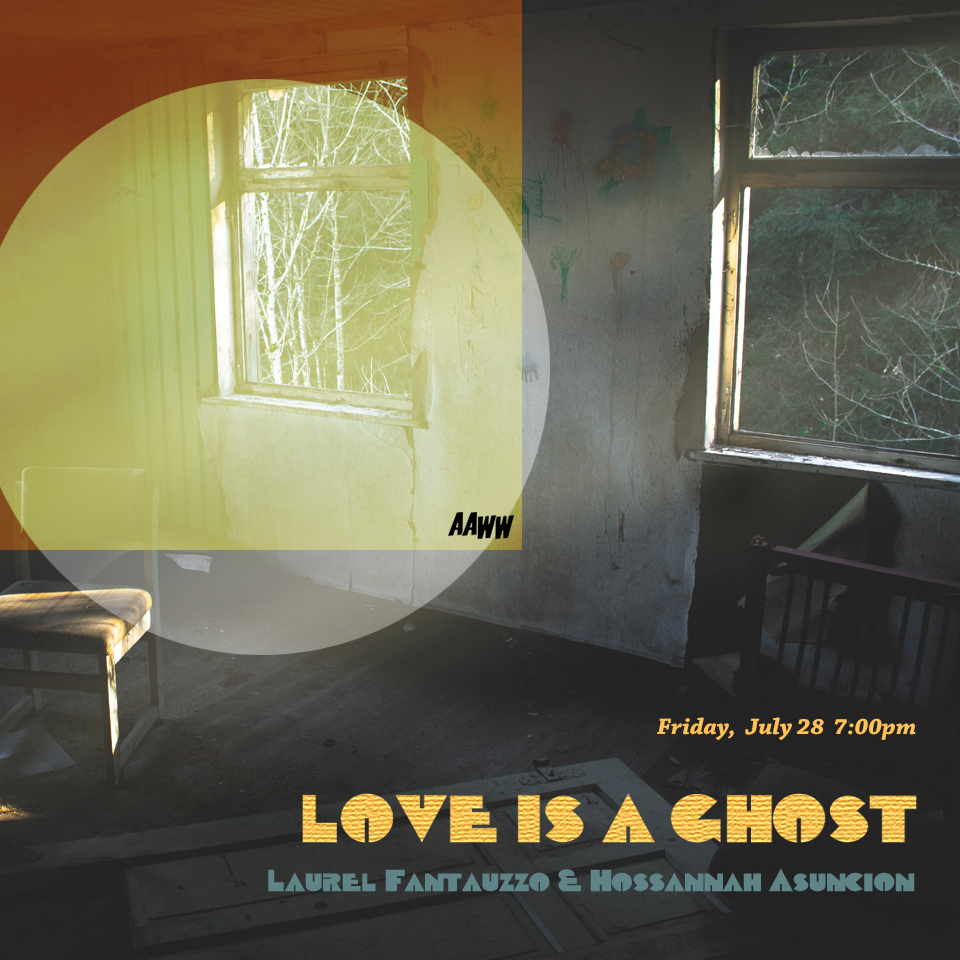 Come hear poet Hossannah Asuncion and nonfiction writer Laurel Fantauzzo write about the ghosts of love—the emotional distance it can create when the desired intimacy fails, and the ways love haunts the people who witnessed it, even when it’s passed. With her debut poetry collection, Hossannah Asuncion’s Object Permanence uncovers a geography of longing and unfulfilled relationships—a startling contrast to contemporary narratives of an seamlessly interconnected, digitally mediated urban dating web space. Spanning address from Brooklyn to Los Angeles, each of Asuncion’s poems mark both the site of intimacy and its absence, building towards a slower, musing tour of relationships in which instant gratification is an elusive goal and outcome. Combining memoir and reportage, Laurel Fantauzzo’s The First Impulse is an account of the writer’s return to her mother’s homeland, the Philippines, and an obsession she discovers upon her arrival there: the tragic death of two lovers in Manila. Fantauzzo arrives on the island the year after the unresolved murders of Filipino-Canadian film critic Alexis Tioseco and his girlfriend, Slovenian film critic and magazine editor Nika Bohinc—a cosmopolitan couple committed to each other and putting down roots in Manila. Both Asuncion and Fantauzzo’s writing traces the places that haunt us, and the promise and memory of love. Come through or if you can’t make it, watch our livestream on Facebook.

The child of a Filipina mother and an Italian American father, Laural Fantauzzo is the author of the nonfiction book The First Impulse (Anvil Publishing 2016). Luis Francia writes that the book “will cause you to ponder and appreciate the interrogatory restlessness and intelligence of those whose belonging is simultaneously claimed and disavowed by multiple worlds.” The recipient of grants and residencies from Erasmus, Fulbright, and Hedgebrook, she teaches at Yale-NUS College and lives between Singapore and Quezon City, Philippines. Read her piece on the front page of the International edition of the New York Times on the rise of Duterte.

Hossannah Asuncion grew up near the 105 and 710 freeway in Los Angeles and currently lives near an A/C stop in Brooklyn. A Kundiman fellow who has been published by The Poetry Society of America, The Collagist, and Tuesday; An Art Project, Anti-, she is the author of the poetry collection Object Permanence (Magic Helicopter Press 2016). Chiwon Choi writes, “The poems in Object Permanence took me back to places I thought I didn’t want to return. Streets and nights and bars and beds. To lovers and death and longing. To loneliness and moments where I thought I was losing grasp of life. But somewhere, sometime, in between the first and the final brutally gorgeous piece, I learned to cherish my pain again.” Read her GIF interview with R.A. Villanueva in AAWW’s The Margins.

Love is a Ghost