We have all been struck by the unimaginable loss and despair caused by the 9.0 magnitude earthquake and deadly tsunami that struck Japan on March 11. To support the relief effort, we’re hosting poet, musician, and new mother Ishle Yi Park, who’s flying into town from Kauai, Hawai’i. The New York Times writes, “Ms. Park has an angelic face and the soul of a rock star.” She’ll be joined by poet-activist Suheir Hammad whose work Naomi Shihab Nye has called “a brave flag over the dispossessed.” Musician Taiyo Na, writer and editor Chiwan Choi, and others will also share the stage.

Proceeds from the event will be donated to Save the Children, which has launched a $5 million dollar appeal on behalf of the children of Japan. We’ll be marking 100 days since the birth of Ishle’s young daughter, Sulei, and raising funds for disaster relief in Japan.

Issil (Ishle Yi Park) is a mother, poet, singer, and soul surfer whose name means morning dew in Corean. Once upon a time she was the the Poet Laureate of Queens, New York, and now she lives in Kauai, Hawai’i. Her first book, The Temperature of This Water, is the winner of the PEN America Open Book Award for Outstanding Writers of Color. Her work has been published in Ploughshares, Manoa, The Beacon Best, and Best American Poetry. Ishle was a touring cast member of Def Poetry Jam & regular on the HBO series, and has opened for artists such as KRS-One, Ben Harper, De La Soul, and Saul Williams.

Suheir Hammad is a Palestinian-American poet, author and political activist who was born on October 1973 in Amman, Jordan to Palestinian refugee parents and immigrated with her family to Brooklyn, New York City when she was five years old. She is the author of breaking poems (recipient of a 2009 American Book Award), ZaatarDiva, Born Palestinian, Born Black and Drops of This Story. An original writer and performer in the TONY award winning Russell Simmons Presents Def Poetry Jam on Broadway, Suheir appears in the 2008 Cannes Film Festival Official Selection, Salt of This Sea.

Honored by Governor David A. Paterson and the State of New York for his “legacy of leadership to the Asian American community and the Empire State” in May 2010, Taiyo Na is a singer, songwriter, MC, and producer. His debut album Love Is Growth (Issilah Productions, 2008) established himself as “a multidimensional talent with a unique creative voice that fuses the rhythms of the city that raised him with the soul of the Asian immigrant culture that birthed him.”

Chiwan Choi is a writer, editor, teacher, and publisher. His poems and essays have appeared in numerous journals and magazines, including ONTHEBUS,Esquire, and circa.Chiwan’s first major collection of poetry, The Flood, was published by Tía Chucha Press in April, 2010. He holds an MFA in Dramatic Writing from the Tisch School at NYU, and now lives in Los Angeles, where he and his wife recently launched Writ Large Press. 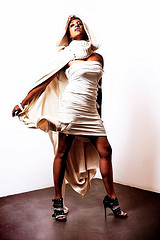 Lankan Tamil Blood, Manchester Born, Texas bred and Brooklyn steeped, YaliniDream is a performance artist, activist, and facilitator. She conjures spirit through her unique blend of poetry, theater, song, and dance– reshaping reality and seeking peace through justice in the lands of earth, psyche, soul, and dream. One of the South Asian American community’s most prominent performance poets, YaliniDream has toured nationally throughout the US as well as performing in Canada, Europe & South Asia. She has performed in numerous venues ranging from NYC’s Lincoln Center and Dance Theater Workshop to subway cars to street protests to universities to independent theaters to the hottest clubs in the New York underground. YaliniDream was a 2006 Mid-Atlantic Artists in Community Fellow, a panelist for the Leeway Foundation’s 2007 Transformation Awards, a 2008 Urban Arts Initiative Fellow & currently a recipient of the Jerome Foundation’s Travel & Study Award in Literature.