Join comedian Jen Kwok and Ed Lin for our monthly open mic, Mouth to Mouth. This month, we feature two artists whose works straddle multiple genres and forms. Multidisciplinary artist Soomi Kim and singer-songer Jay Legaspi will dance, sing, perform, and recite. We hope you don’t stay in your seats. Sign-up for a 5-minute slot before the night kicks off to share you voice with the crowd. 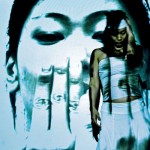 Soomi Kim is an actor/multidisciplinary artist based in NYC. She performs with several companies and artists including Ex.p girl and composer/choreographer Grisha Coleman. Her original play Lee/gendary (based on the life of Bruce Lee, written by Derek Nguyen and directed by Suzi Takahashi) garnered 6 New York Innovative Theater Awards nominations and received the 2009 award for Outstanding Production of a Play. Her new piece, Dictee, a new dance theater work, is based on Theresa Hak Kyung Cha’s seminal book of poetry. 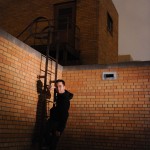 Jay Legaspi is a singer-songwriter based in New York City. Very quiet as a child, Jay broke his silence and found his voice when he began writing his own songs on an old nylon string guitar. His style developed quickly, finding influence in everything from Hip Hop to Indie Rock to the Classical guitar work of his father. Jay has played a The Bitter End, Crash Mansion, and Arlene’s Grocery, among other venues. His debut full-length,PICTURE PERFECT, was released in 2010.