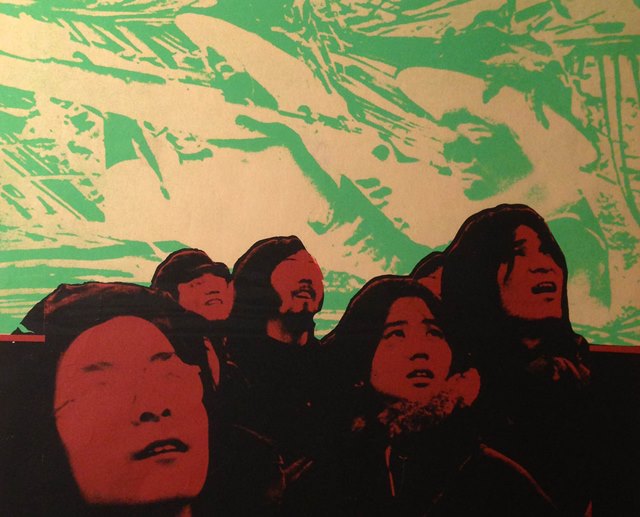 The struggle was everywhere during the 1970s Asian American Movement. In between rallies, volunteer health services, and radical study groups, many activists sat down to write poetry.

On the final night of the exhibition Serve the People: The Asian American Movement in New York at Interference Archive, poets will pay tribute to their movement peers by reading covers of works from that period. These selections will be paired with contemporary projects to remind us of where the ethos of the movement can be found in today’s Asian American poetry.

Followed by a reception to celebrate Serve the People.

Luis H. Francia is a poet, journalist, and nonfiction writer. His semiautobiographical account of growing up in the Philippines, Eye of the Fish: A Personal Archipelago, won both the 2002 PEN Open Book and the 2002 Asian American Writers literary awards. His poetry books include The Arctic Archipelago and Museum of Absences.

Esther Wang is a Texas-born writer and organizer based in New York City. She has worked as a community organizer at CAAAV Organizing Asian Communities, working with Chinese immigrants around issues of housing justice, displacement, and accountable development, as well as at the Center for Constitutional Rights.

Zohra Saed is a Brooklyn based Afghan American poet. She is a doctoral candidate in the English Literature Program at The City University of New York Graduate Center. Her academic work focuses on Central Asian & Middle Eastern American literature, film and video art. She completed her MFA in Poetry at Brooklyn College.

Alison Roh Park is a Pushcart-nominated poet, Kundiman fellow, and winner of the Poetry Society of America New York Chapbook Fellowship. She teaches Asian American Studies at Hunter College, has a strategic communications consulting practice, and lives in her native Queens with Kush.

Poet and translator Jennifer Hayashida was born in Oakland, CA, and grew up in the suburbs of Stockholm and San Francisco. She received her B.A. in American Studies from the University of California at Berkeley, and has an M.F.A. in poetry from the Milton Avery Graduate School of the Arts at Bard College. She was a 2009 Poetry Fellow through the New York Foundation for the Arts, and in 2008-2009 she was Writer-in-Residence through the Lower Manhattan Cultural Council Workspace Program.