This May, the Asian American Writers’ Workshop will join Larissa Pham in celebrating her nonfiction debut, Pop Song. Finding inspiration in contemporary art, pop culture, and poetry – from Agnes Martin to Anne Carson – Pop Song is by turns intimate, vulnerable, and inventive, crafting a “perfectly fractured portrait of modern intimacy.” Larissa will be joined in conversation by R. O. Kwon, author of The Incendiaries.

LARISSA PHAM is an artist and writer in Brooklyn. She has written essays and criticism for The Paris Review Daily, The Nation, Art in America, the Poetry Foundation, and elsewhere. She was an inaugural Yi Dae Up Fellowship recipient from the Jack Jones Literary Arts Retreat. 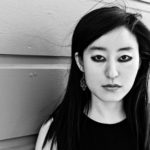 R.O. KWON’s nationally bestselling first novel, The Incendiaries, is published by Riverhead (US) and Virago/Little Brown (UK), and it is being translated into seven languages. Named a best book of the year by over forty publications, The Incendiaries received the Housatonic Book Award and was a finalist or nominated for seven other prizes, including the National Book Critics Circle Award for Best First Book and Los Angeles Times First Book Prize. Kwon was named one of four “writers to watch” by The New York Times. She also coedited Kink, which publishes with Simon & Schuster in February 2021. Kwon’s writing has appeared in The New York Times, The Guardian, The Paris Review, NPR, and elsewhere. She has received fellowships and awards from the National Endowment for the Arts, Yaddo, MacDowell, the Bread Loaf Writers’ Conference, and the Sewanee Writers’ Conference. Born in Seoul, Kwon has lived most of her life in the United States.

WORKSHOP: POSTCOLONIAL ASTROLOGY
Alice Sparkly Kat
4 Sessions, Thursdays, May 5/6-5/27, 7 PM ET Sliding Scale $100-$200  Register here! Tapping into the political power of magic and astrology for social, community, and personal transformation, Alice Sparkly Kat’s cross-cultural approach to astrology as a magical language unmasks the political power of astrology, showing how it can be...
May 11 7:00 PM