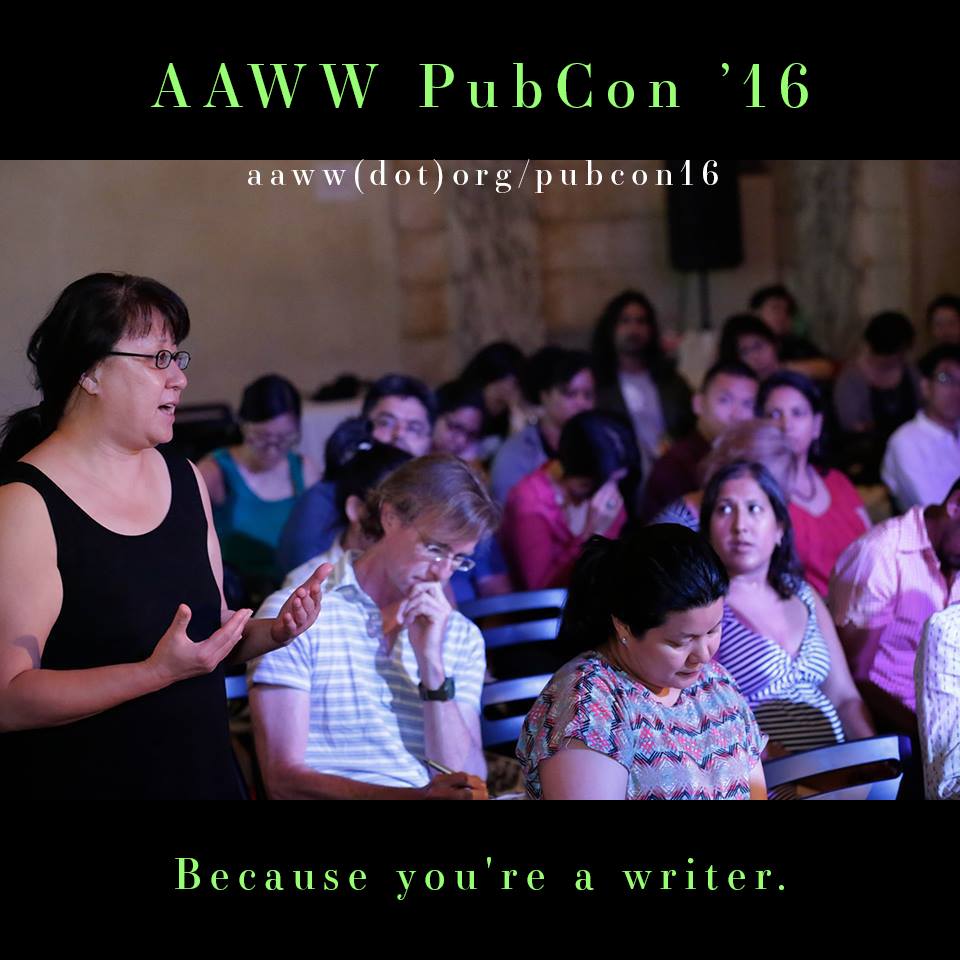 You’re a writer. We know it. You know it.

We also know that sometimes the hardest part isn’t getting your ideas down on paper, but getting your manuscript out of the slush pile. AAWW’s third Publishing Conference is a special one-day session for any writer who’s ever felt left out, whether because of their race, gender, or class, or simply because of the necessary solitude of the writer’s life. Come hear from veteran authors, agents and editors, who’ll share their trade secrets to get you on your way from unpublished writer to bestselling author. Our past conferences featured speakers from The New Yorker, The New York Times, Penguin Random House, W.W. Norton, and The Paris Review. In the next few weeks, we’ll be adding more guests, but if you buy between now and June 6th, you’ll get $25 off the ticket price.

Open to writers of all ages, races, and genres!