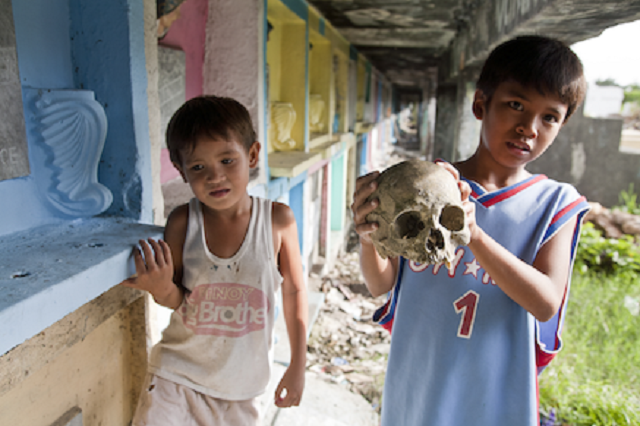 Part religious meditation, part pop culture, R.A. Villanueva‘s Prairie Schooner Book Prize-winning debut Reliquaria uses the body as a starting point for everything else. AAWW is toasting the launch of his book with a stellar lineup of poets presenting their work with him. Award-winning performance poet Kelly Zen-Yie Tsai will emcee the evening. We’ll be discussing human anatomy, Filipino America, the Renaissance, and western mythology.

R.A. Villanueva is the author of Reliquaria (U. Nebraska Press, 2014), winner of the Prairie Schooner Book Prize; he is also the winner of the inaugural Ninth Letter Literary Award for poetry. His writing appears or is forthcoming in Five Points, The Common, AGNI, Virginia Quarterly Review, and elsewhere. A founding editor of Tongue: A Journal of Writing & Art, he lives in Brooklyn and London.

Janine Joseph’s debut collection, Driving Without a License, winner of the 2014 Kundiman Poetry Prize, is forthcoming in spring 2016 from Alice James Books. Her poems have appeared in or are forthcoming from Kenyon Review Online,Painted Bride Quarterly, Hyphen Magazine, The Journal, Drunken Boat, Asian American Literary Review, Best New Poets, Hayden’s Ferry Review, and elsewhere.  She holds an MFA from New York University and a Ph.D. from the University of Houston. Janine lives in Ogden, UT, where she is an Assistant Professor of English at Weber State University.

Sarah Gambito is the author of the poetry collections Delivered (Persea Books) and Matadora (Alice James Books). Her poems have appeared or are forthcoming in The Iowa Review, The Antioch Review, Denver Quarterly, The New Republic, Field, Quarterly West, Fence and other journals. She holds degrees from The University of Virginia and The Creative Writing Program at Brown University.  She is Assistant Professor of English and Director of Creative Writing at Fordham University. Together with Joseph O. Legaspi, she co-founded Kundiman, a non-profit organization serving Asian American poets.

John Murillo‘s first poetry collection, Up Jump the Boogie (Cypher 2010), was a finalist for both the 2011 Kate Tufts Discovery Award and the PEN Open Book Award, and was named by The Huffington Post as one of “Ten Recent Books of Poetry You Should Read Right Now.”  His honors include a Pushcart Prize, two Larry Neal Writers Awards, and fellowships from the National Endowment for the Arts, Bread Loaf Writers Conference, Cave Canem Foundation, the Fine Arts Work Center in Provincetown, Massachusetts, the New York Times, and the Wisconsin Institute of Creative Writing.  His work has appeared in such publications as Callaloo, Court Green, Ninth Letter, and Ploughshares, and in Angles of Ascent: A Norton Anthology of African-American Poetry.  Currently, he teaches in the creative writing program at New York University, and at Hampshire College where he serves as Assistant Professor of Creative Writing and African-American Literary Arts.

Patrick Rosal is the author of three full-length poetry collections: Boneshepherds (Persea, 2011), recognized as a 2012 notable book both by the National Book Critics Circle and the Academy of American Poets; My American Kundiman (Persea, 2006), winner of the Global Filipino Literary Award and the 2006 Book Award in Poetry from the Association of Asian American Studies; and Uprock Headspin Scramble and Dive (Persea, 2003). His poetry and prose have been published widely in journals and anthologies, including ESPN’s Grantland, Tin House, American Poetry Review and Harvard Review. A former Fulbright Fellow, he is currently on the faculty of Rutgers University – Camden’s MFA program and lives in Bed-Stuy.

Free wine, beer, and noveau Filipino food from Purple Yam. Copies of Reliquaria will available for purchase and signing by the author.

Save your seat at Dumbo Sky here!