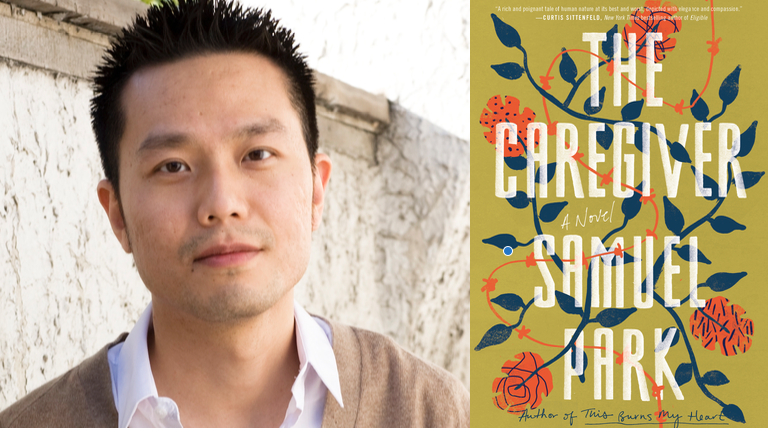 Join us for an event to honor the work and legacy of the queer Korean American novelist Samuel Park, whose novel The Caregiver was released posthumously this past fall. A panel of queer and Asian American writers featuring by Alexander Chee, T. Kira Madden, Mitchell Kuga, Eugene Lim and Daniel K. Isaac, will read from The Caregiver, and celebrate and discuss Sam’s final novel.

Samuel Park was an Associate Professor of Creative Writing at Columbia College Chicago. He graduated from Stanford University and the University of Southern California, where he earned his doctorate. He is the author of the novella Shakespeare’s Sonnets and the writer-director of a short film of the same name, which was an official selection of numerous domestic and international film festivals. He is also the author of the novels This Burns My Heart and The Caregiver. His nonfiction has appeared in The New York Times. Born in Brazil and raised in Los Angeles, he split his time between Chicago and Los Angeles. In April 2017, Samuel Park died of stomach cancer at the age of 41 shortly after finishing The Caregiver.

Alexander Chee is the author of the novels Edinburgh, The Queen of the Night, and the essay collection How To Write An Autobiographical Novel. He is a contributing editor at The New Republic, and an editor at large at VQR. His essays and stories have appeared in The New York Times Book Review, T Magazine, Tin House, Slate, Guernica, and Out, among others. He is winner of a 2003 Whiting Award, a 2004 NEA Fellowship in prose and a 2010 MCCA Fellowship, and residency fellowships from the MacDowell Colony, the VCCA, Civitella Ranieri and Amtrak. He is an associate professor of English and Creative Writing at Dartmouth College.

Daniel K. Isaac is currently in production on Season 4 of Showtime’s hit series “Billions”, reprising his fan favorite role as trader “Ben Kim”. He can also be seen in the Off-Broadway transfer of the critically acclaimed Barrington production of The Chinese Lady. He recently completed production on the feature film The Drummer opposite Danny Glover.

Mitchell Kuga is a Brooklyn-based writer from Hawaii. His work has appeared in Village Voice, GQ, and Hyperallergic. He’s gay.

T Kira Madden is an APIA writer, photographer, and amateur magician. She is the founding editor-in-chief of No Tokens, and facilitates writing workshops for homeless and formerly incarcerated individuals. A 2017 NYSCA/NYFA Artist Fellow in nonfiction literature, she is the author of Long Live the Tribe of Fatherless Girls (Bloomsbury, 2019). She lives in New York City and teaches at Sarah Lawrence College.

Eugene Lim is the author of the novels Fog & Car (Ellipsis Press, 2008), The Strangers (Black Square Editions, 2013) and Dear Cyborgs (FSG, 2017). He works as a high school librarian, runs Ellipsis Press, and lives in Queens, NY.