Commonwealth Prize-winning author Rana Dasgupta will be in conversation with writer and artist Naeem Mohaiemen, reading from and discussing his novel, Solo. Come hear why Salman Rushdie has called Solo a “novel of exceptional, astonishing strangeness,” and argues the novel “confirms Rana Dasgupta as the most unexpected and original Indian writer of his generation.” 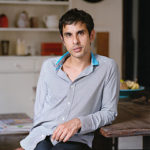 Rana Dasgupta was born in Canterbury, England in 1971 and studied at Balliol College, Oxford and the University of Wisconsin-Madison. After his studies he worked for a marketing consultancy firm which took him to London, Kuala Lumpur and then New York. In 2001, he moved to Delhi to write. His first novel, Tokyo Cancelled, appeared in 2005 and was shortlisted for the John Llewelyn Rhys Prize. His second novel Solo (2009) won the Commonwealth Writers’ Prize. His essays have appeared in such places as Granta, The Missouri Review and the New Statesman. Rana now lives permanently in Delhi, and is at present working on a book about his adopted city.

Naeem Mohaiemen is a writer and artist whose work has appeared inSound Unbound (MIT Press), Nobody Passes (Seal Press), Secret Identities: Asian American Superhero Comics (New Press), Granta(Pakistan issue), etc. He is editor of Between Ashes and Hope: Chittagong Hill Tracts in the Blind Spot of Bangladesh Nationalism. Excerpts from his research on the 1970s ultra left were shown at Frieze Art Fair and will show at the 2011 Sharjah Biennial.