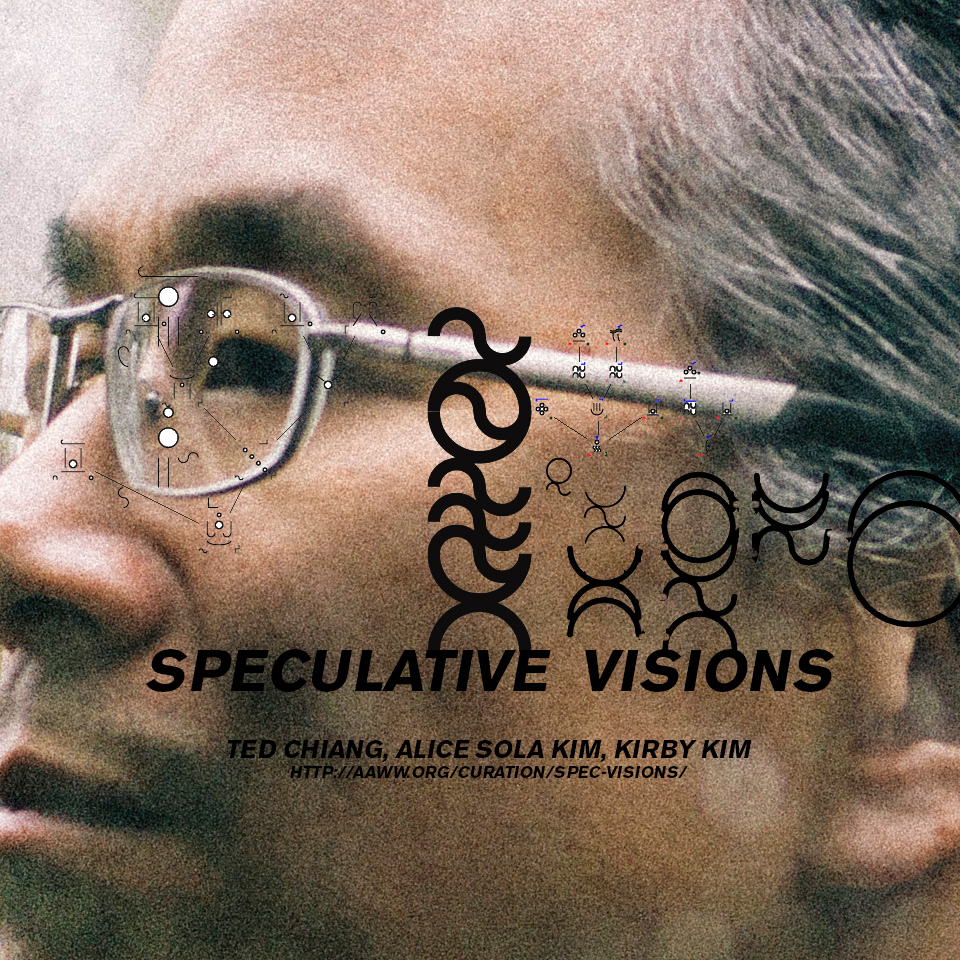 Swing by for a special night with one of the country’s most prominent science fiction writers, Ted Chiang, the winner of four Locus awards, four Nebula awards, four Hugo Awards, and the John W. Campbell Award for Best New Writer. Moderated by Whiting Award-winner Alice Sola Kim–a writer whose work has appeared in Tin House, McSweeney’s Literary Quarterly, BuzzFeed Books, and The Year’s Best Science Fiction and Fantasy. Introduced by Kirby Kim, Ted’s literary agent at Janklow & Nesbit and a member of the AAWW Board of Directors.

“Ted Chiang is so exhilarating so original so stylish he just leaves you speechless,” Junot Díaz writes. Chiang’s story often explore a specific throught-question–for example, ascending the tower of Babylon to reach heaven or interpreting an utterly alien language–in a way that’s both philosophical and human. This event celebrates the reprinting of his short story collection, Stories of Your Life and Others (Vintage 2016), which includes the Nebula Award-winning “Tower of Babylon” and a new story, “Liking What You See: A Documentary.” The book will soon be made into a major motion picture from Paramount Pictures starring Amy Adams, Jeremy Renner, and Forest Whitaker.

Check out this interview with Ted Chiang in AAWW’s The Margins: https://aaww.org/the-occasional-writer-an-interview-with-science-fiction-author-ted-chiang/.