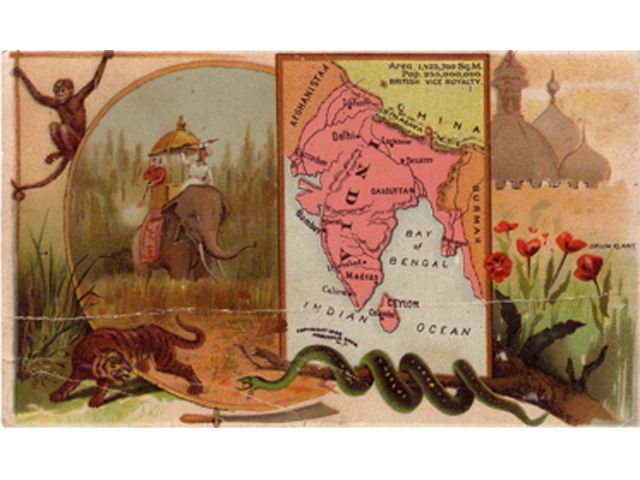 It’s 1839 and China and Great Britain stand on the brink of the First Opium War. By the time it’s over, the Western powers will have torched the Emperor’s summer palace, legalized the Opium trade in China, and reduced China to a semi-colony carved up by the colonial powers. More than a decade ago, Booker Prize Finalist Amitav Ghosh began the Ibis trilogy, a 1,600-page triad of novels that told the story of British colonialism on both sides of the Indian Ocean. If the first volume, Sea of Poppies, alighted on the poppy fields of India, the next installment, River of Smoke, took us to the ports of Canton, where the British sought to push the narcotic on the Middle Kingdom. The Ibis trilogy now concludes with Flood of Fire, a rip-roaring tale of sexual politics, global commodities trade, and pan-Asian imperialism.

Encompassing the onset of the First Opium War, the British acquisition of Hong Kong, and China’s “hundred years of humiliation,” Flood of Fire follows a funky cast of characters: an American freedman who passes as white, a bankrupted Raja working for the Chinese, a politically ambivalent sepoy working for the East India Company, and the strangest character of all: British colonial English infiltrated by the diction of Anglo-India (“It’s my turn now to bajow your ganta!”). A linguistically playful, structuralist retelling of the colonization of Asia, the Ibis Trilogy shows how the British conquest “redrew the map of the region, prompting, among other things, the transformation of the backwater port of Hong Kong into a globally influential centre of enterprise” (The Guardian). Flood of Fire paints a vivid, intimate portrait of the First Opium War–what Ghosh calls “one of the most iniquitous things that has ever happened in the history of mankind.”

One of India’s best-known writers, Amitav Ghosh has sold more than 30 million books worldwide. His novel Sea of Poppies was shortlisted for the Man Booker Prize in 2008, and his other works have earned the Dan David Award, the International Grand Prix of the Blue Metropolis Festival, and the Padma Shri. His work has been translated into more than 30 languages. This event is co-sponsored by Verso Books.