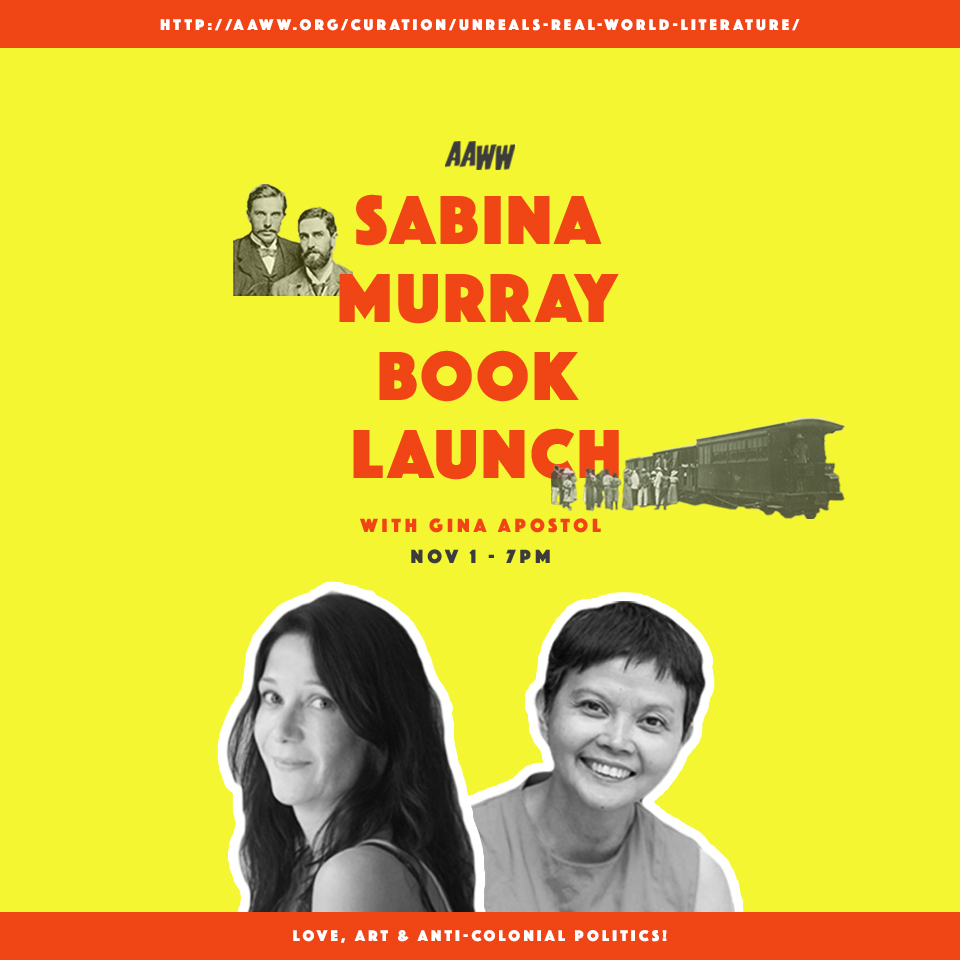 If you’re as into partying down for ravishing literary fiction and colonial history as we are, then you cannot miss this book release party for Filipina-Australian author Sabina Murray’s epic novel Valiant Gentlemen (Grove Press 2016). The novel follows the life, love and politics of Irish revolutionary bad-ass Roger Casement (1864-1916), who campaigned against Belgian genocide in the Congo, called out the compulsory labor of the Putumayo Indians in Peru, and died at the hand of British executioners for his role in organizing the Easter Rising for Irish self-rule. Valiant Gentlemen explores Casement’s possible queer sexual identity and his relationships with English sculptor Herbert Ward and Argentinian-American heiress Sarita Sanford. Called a “a modern marvel… made out of history” by novelist Alexander Chee, Valiant Gentlemen is the history of twentieth century imperialism written into a luminous novel of love and friendship–and written by a Pen/Faulkner winning writer who O Magazine called “ravishing” and the Boston Globe called “brilliant.” She’ll discuss the book’s nearly five-hundred-page novel sweep across four continents and almost half a century with 2013 PEN/Open Book Award winner Gina Apostol, the author of Gun Dealers’ Daughter (W.W. Norton 2013).

Sabina Murray is the author of the novels Forgery, A Carnivore’s Inquiry, and Slow Burn, and the short story collections The Caprices, which won the 2002 PEN/Faulkner award, and Tales of The New World (Black Cat/Grove). She has been a Guggenheim Fellow and served as the Roger Murray Writer in Residence at Phillips Academy Andover. Murray teaches in the MFA/Creative Writing Program at the University of Massachusetts in Amherst. As AAWW Executive Director Ken Chen wrote in Bomb, Sabina Murray is a “charismatic storyteller with a rare gift for transmuting the archive into lyric performance and screwball comedy.”

Gina Apostol’s latest novel Gun Dealers’ Daughter (W.W. Norton 2013) is a recuperation of a nation’s troubled past and its flirtation with revolution. Punctuated by medication and trappings of wealth–a mansion overlooking the Hudson River, faceless domestic workers, solariums, and lavish sedans—protagonist Soledad Soliman begins the tale of reconciliation. Lapsing into a fractured memory of Marcos-era Manila, gun-toting, banner-waving student revolutionaries, opulent politicians, and red fervor are plenty. “Gina Apostol probes the hard truths of love, nationhood, and exile with crisp intelligence and subtle humor. Apostol is a fearless, stylish writer of substance and her American debut is long overdue,” lauds Jessica Hagedorn, author of Toxicology and 2011 AAWW Lifetime Award Winner. Gina Apostol won the Philippine National Book Award for her first two novels, Bibliolepsy and The Revolution According to Raymundo Mata. Read an excerpt of Gun Dealers’ Daughter in AAWW’s The Margins.

$5 SUGGESTED DONATION
OPEN TO THE PUBLIC
RESERVE A SEAT!