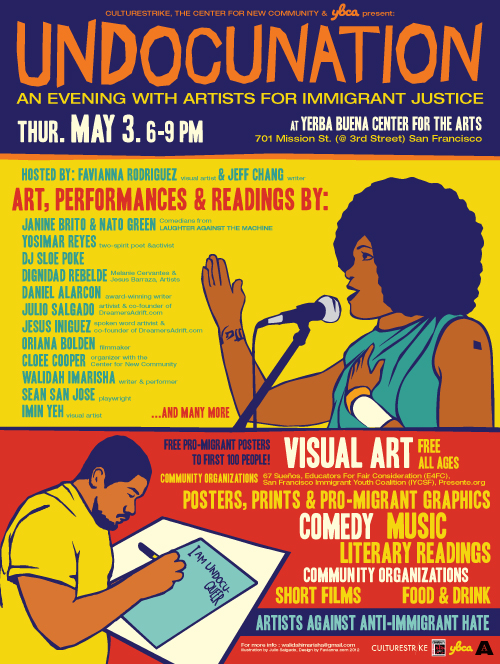 UndocuNation: An Evening with Artists for Immigrant Justice
By AAWW Staff | Past Events

CultureStrike coordinator Favianna Rodriguez teams up with other creative minds for UndocuNation: An Artistic Response to the Immigration Crisis. With talks, food, revelry and rabble-rousing, the event offers “an evening of culture jamming, visual art, and performances addressing the devastating consequences of our country’s broken immigration system.” Sponsored by CultureStrike, Center for New Community, and […]

AFTER 1989: Why can’t we all just get along?: Integration, Assimilation, and Fantasies of American Society
By AAWW Staff | Past Events

Two decades ago, Rodney King famously asked, “Why can’t we all just get along?” The question might as well have served as the defining question of the multicultural moment, in which the US attempted to dream about what a pluralistic society would look like–from GOP Family Values to the black middle-class aplomb of Family Matters, […]