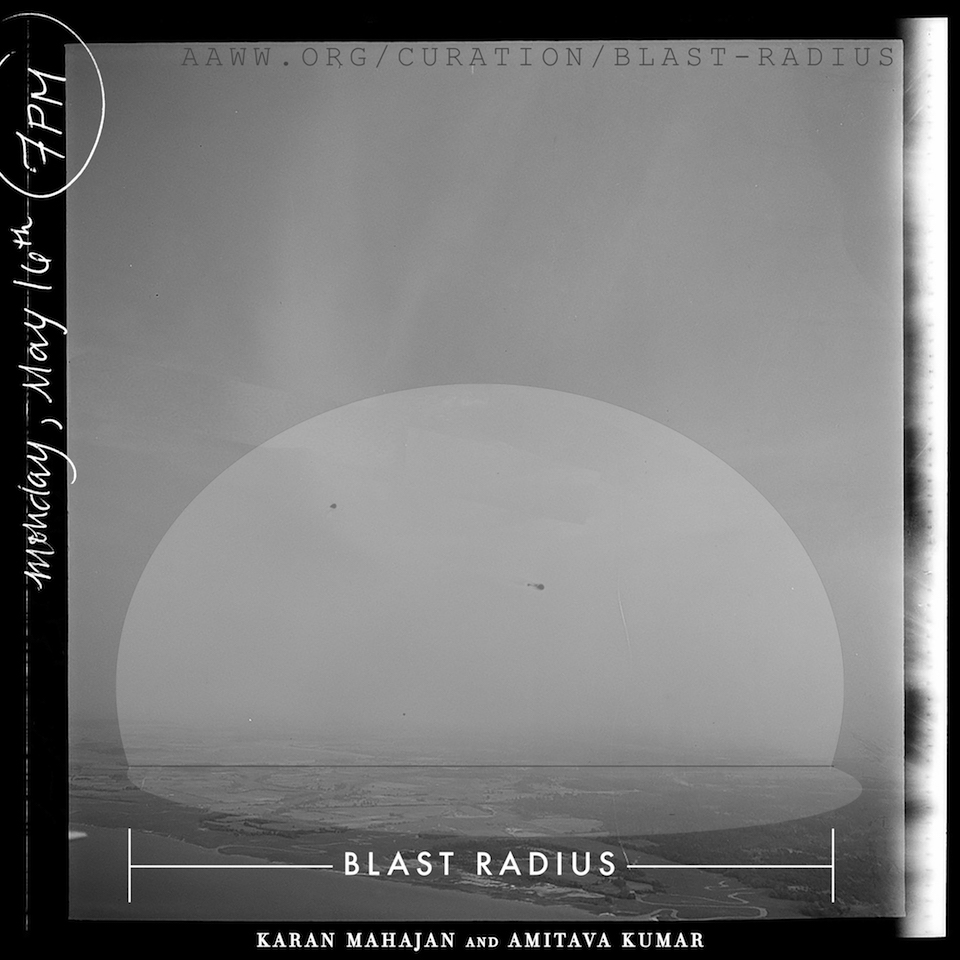 Karan Mahajan’s new novel The Association of Small Bombs explores the profound effects terrorism can have on a family and a community. One of the most celebrated novels of the year, the book has been praised by the Wall Street Journal, Washington Post, and the New York Times, which named it an Editors’ Choice. Listen to him read and discuss his novel in conversation with AAWW Board Member and 2016 Guggenheim Fellow Amitava Kumar.

In 1996, a bomb exploded in a Delhi marketplace, when Mahajan was twelve. That attack serves as the basis of his critically acclaimed new novel The Association of Small Bombs (Viking, 2016). The book explores the death of two children in the explosion, considering the same blast from several points of view: the boys’ parents; Mansoor Ahmed, who witnesses his friends’ horrific murders and grows up, a traumatized survivor; and Shockie, one of the Kashmiri separatists who helped plant the bomb. As Alexandra Schwartz wrote in the New Yorker, Mahajan’s “eagerness to go at the bomb from every angle suggests a voracious approach to fiction-making, a daring imaginative promiscuity.”

Mahajan will talk with Amitava Kumar, Helen D. Lockwood Professor of English at Vassar College and author most recently of Lunch With A Bigot (Duke University Press, 2015). Described as “stimulating, wide-ranging, learned and funny” by Geoff Dyer, Amitava’s previous books include A Foreigner Carrying in the Crook of His Arm a Tiny Bomb (Duke, 2010), a meditation on art after the War on Terror that won the AAWW Literary Award, and Passport Photos (University of California 2000), a classic of post-colonial nonfiction. Read him in the Margins reacting to Subodh Gupta and asking bookstore owners where their white literature section is.