Essays    Reportage    Marginalia    Interviews    Poetry    Fiction    Videos    Everything
A World Without Cages
Abolition Is Not a One Time Event: Prison Doulas as Catalysts

A visual and typographical essay on prison doulas’ community-care in the face of violence from carceral systems. 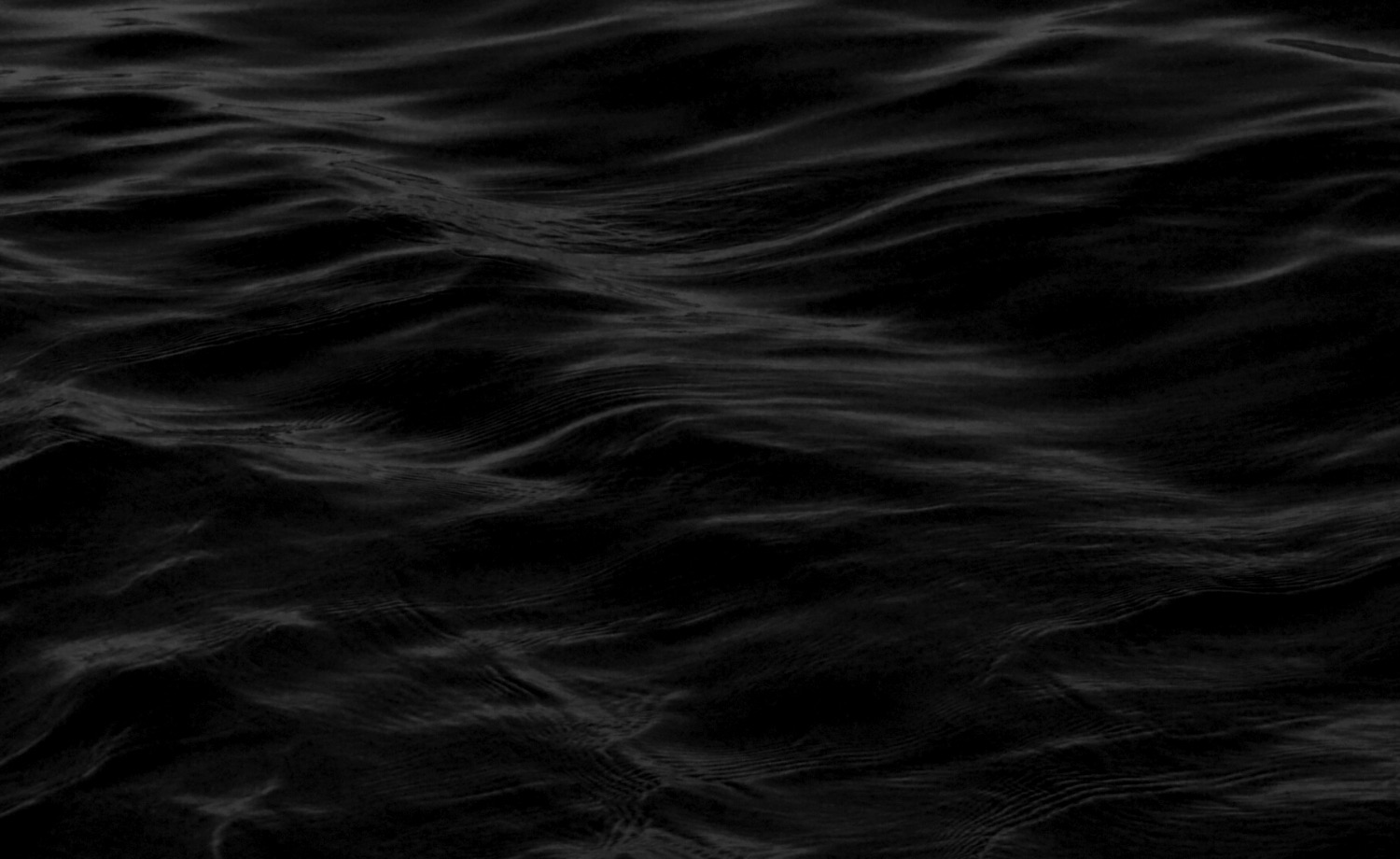 This visual and typographical essay is the culmination of five years of the author’s experiences as a community-based full spectrum doula while supporting pregnant people who are incarcerated in New York City. The format of this content has formerly been presented as an interactive workshop at Ancient Song Doula Services’ Decolonize Birth Conferences and doula trainings. Download the zine here for full color printing or here for greyscale-friendly printing. If downloading and sharing, please consider supporting the work of Ancient Song Services and their community-based doula work by making a donation here or by clicking the donation button below.

A Brief History of Prison Doula Programs in the U.S.

An estimated 3,000 pregnant people are admitted to state and federal prisons in the U.S. per year.

An estimated 55,000 pregnant people are admitted to jails in the U.S. per year.

An estimated 1,700 pregnant people pass through state or local corrections custody per year in New York.

On a given day, there are approximately 12-15 pregnant people in New York State prisons and about 110 in local jails.

Prison doula programs are far and few in the U.S. Programs can be short-lived due to lack of funding and ability to sustain themselves. The few programs that currently remain are majority volunteer-based programs. The remaining prison doula programs that are fully active are predominantly run by cis white women who have been able to fund and sustain such programs with their own resources.

Anti-oppressive and abolitionist frameworks created by Black, Brown and/or Indigenous community-based doula organizations are then co-opted at the federal level, further erasing and institutionalizing community care with added state surveillance under the veil of public programming.

This short visual and typographical essay posits propositions and probes to why prison doulas are catalysts to abolition and community care; exposes inherent systemic factors that cause the dissolutions of Black, Brown, and/or Indigenous-led prison doula programs; and what continues to be demanded from the very communities that drive them.

May the function of doulas be liberation

A doula has historically and ancestrally often been defined as a person who provides guidance and support to someone in pregnancy, labor, and birth.

Over time, a doula’s role has expanded to include what is called “full spectrum care” that encompasses care from conception, postpartum, miscarriage, stillbirth, abortion, as well as non-reproductive experiences such as dying, and death.

More recently, doulas have also challenged these typical realms of doula care and have even expanded into doula care surrounding experiences of HIV, post-operative care, bereavement, and adoption.

The definition of the doula has become indefinable, and instead, has been reacclimated into the cultural fabric of society as they once were across many indigenous cultures.

Doulas are guides through the many different portals, passages, rituals and journeys through life’s many experiences of transition, suffering, healing, and survival.

Prison doulas are no different. They are the necessary catalysts and agitators towards abolition.

Prison doulas bring community care, healing, and resistance into environments that have been designed by the carceral state whose sole purpose is to destroy our humanity.

While we aim towards the abolishing of prisons, jails, and all systematic extensions of the carceral state, prison doulas are necessary to care for those who still remain subject to these modalities of violence.

Carceral space is designed to pervasively surveil where everyone is looked down upon both physically and systematically.

In this detail, this surveillance bubble overlooks the entirety of the pregnancy dormitory and its adjoining lavatory. Anything kept private, including a space of privacy, is perceived as a threat that must be surveilled or seized.

Memory field sketches of a nursery in a jail/prison.

Nursery programs at jails/prisons in the U.S. “permit” parents who are incarcerated to be with their newborn child up until the child reaches the age of 2-3 (maximum age limit of child differs by program). Parents are permitted in instances where they have not committed what is considered a violent crime.

In this “nursery”, parents are kept in separate cells from their children. The corrections officer is the only one who is allowed to permit access for the parent to have contact with their children in the nursery space.

How does one provide care in a space that is specifically designed to to dehumanize people?

There are endless injustices and acts of violence that people who are incarcerated are subjected to in jail and prison. In an abolitionist framework, it is acknowledged that jails and prisons would not necessarily need to exist in a future created for communities, by communities who take care of each other.

The following pages do not claim themselves to be direct solutions or recommendations to formalized doula care in carceral contexts, but are mere anecdotal offerings to express how limited and covert direct care is from the author’s experiences as a prison doula.

For privacy and security reasons, these drawings are not comprehensive to all the doula care that has been ultimately provided in the author’s experiences or in prison doula programs nationally.

[Image Description(s):  Drawings of various objects as written in the text arranged on a floor. There are notes under the drawings explaining how certain objects can be readapted and used in place of common exercise tools or for body support to alleviate prenatal body pain.]

Prenatal support sketches created in collaborated discussions with prison doulas on how to share pain management techniques to clients who are incarcerated.

Many prison doulas are forbidden to provide physical touch to most clients who are incarcerated by Department of Corrections protocols by city laws.

[Image Description: Drawings of pregnant bodies engaging in various poses and stretches for prenatal pain management. There are notes under the drawings explaining how certain objects can be readapted and used alike exercise tools.]

Abolition is more than incarceration

Reparations are more than just repair

Mediation accessibility for individuals, groups, and families across generations.

Redistribution Of “Wealth” and Resources.

Ending policies that perpetuate the criminalization of Black and Brown people.

Systems must be named in order to be reckoned with

Visions must be named in order to be manifested

a visual naming of the systemic causes of the dissolution of community-based doula programs as aforementioned in the brief history of doula programs in the U.S.; and,

a visual series of relational catalytic conditions that the author envisions prison doulas and community-based doulas to create when engaging in abolitionist frameworks within community care.

Best described in the “eroding goal” systems theory archetype, prison doula programs that are exploitative of community based doula organizations will continue to exist in this double reinforcing siamese loop.

This renders programs to remain unaccountable towards the proposed outcomes that should be self-determined by doulas and their communities.

Without metrics, data, or measure, the core problem of incarceration & inequity is erased, and doula care is reduced or discounted to be symptomatic of culture than a true agent of change.

How are we reconciling with ourselves (and the context of our histories) in proportion to the transformation of how we are committed towards our collective liberation by the amplification of our truths?

Equity in a post-carceral context is the proportion of reparations that must be granted back to Black, Brown, and Indigenous communities to enact that which must be restored, accompanied by the constant effort towards creating cross and intergenerational reconciliation within the community itself. This does not include reconciliation with white people or historical colonizers. It is to heal the inner wounds that white supremacy has created within the community.

The liberation of Black, Brown, and Indigenous Peoples is the rate at which we are reclaiming our bodies, practices, and ways of being in proportion to our decolonization efforts of the places, spaces, relationships, and contexts we exist within.

This will forever be an iterative process for lifetimes.

olivia ahn / 안근생 / 晏平如 (they/o) is a doulx, reiki practitioner, researcher, visual storyteller, and creative in lenapehoking territory, new york city. They are honored to follow the lineage of Korean-Chinese diaspora and queer indigeneity. They humbly serve in the spirit of their Ancestors.

olivia is an Ancient Song Doula Services certified doula, lactation consultant, and childbirth educator honoured by the teaching and mentorship of Chanel Porchia-Albert and Patricia Thomas. They were the director of Ancient Song’s Prison Doula Program supporting clients on Rikers Island during its pilot years from 2016-2018. olivia has since provided consulting and partnership to community Prison Doula and Full Spectrum Doula programs alike nationally in program development, doula training, and advocacy.

olivia’s doula practice commits itself to the furthering of community care networks towards collective abolition, healing justice, indigeneity, and decoloniality that centers the legacy and histories of Black Liberation movements.

The title Abolition Is Not A One Time Event is in honor of Audre Lorde’s statement “Revolution is not a one time event” from her February 1982 Malcom X Weekend address titled Learning from the 60s spoken at Harvard University. It is also published in her collection of speeches and essays in the book Sister Outsider published by The Crossing Press in 1984.

This visual essay is published as part of A World Without Cages, the Asian American Writers’ Workshop’s ongoing project on The Margins that imagines the end of mass incarceration and migrant detention by bringing together the work of writers on the inside and on the outside. This project aims to nurture writers, activists, and intellectuals to dream new worlds beyond punishment, policing, surveillance, segregation, and exclusion. Read more in the project here.

geunsaeng (olivia) ahn / 안근생 / 晏平如 (they/o) is a doulx, reiki practitioner, researcher, visual storyteller, and creative in Lenapehoking territory, new york city. They are honored to follow the lineage of Korean-Chinese diaspora and queer indigeneity. They humbly serve in the spirit of their Ancestors.