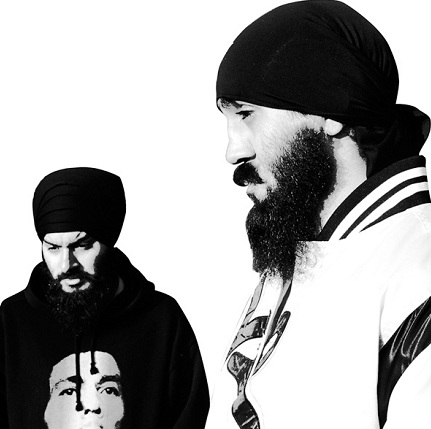 The bhangra world is buzzing with news that a track by the Glasgow production team Tigerstyle, “Nachna Onda Nei,” has made it onto the provisional playlist for the London Olympics opening ceremony, produced by filmmaker Danny Boyle—as leaked last week in the UK press.

Sure, this track is about as accessible as bhangra gets: it’s built on a sample of Michael Jackson’s “Billie Jean,” and it got attention in 2008 when it was used as the music for a dance number on the TV show Britain’s Got Talent that one judge called “absolutely bloody brilliant.”

But it’s still a dope bhangra track, featuring popular singer Kaka Bhaniawala, who died in 2009 at age 38. It joins M.I.A.’s “Paper Planes” as the South Asian offerings on a playlist that presents an absurdly eclectic picture of Britain present and past. In Boyle’s Britain of the mind, The Who and Led Zeppelin are heard alongside Dizzee Rascal, Eurythmics, and Mike Oldfield’s “Tubular Bells.” There’s Amy Winehouse, of course, and Frankie Goes to Hollywood. And “Jerusalem,” and the Monty Python theme, and the Sex Pistols!

One could fairly have asked for a bit more Black and Brown British flavor on an 86-track longlist. From that perspective, the offerings are pretty slender. Still, as a mise en scène of a nation’s identity goes, Boyle’s proposal—complementing his planned stage set, which features an idealized village with maypoles and artificial clouds to guarantee rain—has an an attractive feel: it wears its kitsch proudly and wobbles determinedly, like a pubgoer at last orders, between the ludicrous and the daring.

Siddhartha Mitter (siddharthamitter.com; @siddhmi) is an arts journalist with a politics background and Third World sensibilities. His essays have appeared in Transition and The Oxford American, and his music features appear regularly in the Boston Globe and MTV World. A former culture reporter for WNYC public radio, he has contributed to many print, radio, and web outlets on music, city life, politics, food, civil war, colonial mentalities and more. Siddhartha studied political economy of development and spent time in the oil industry. His favorite cities include Abidjan, Delhi, and Los Angeles, and his favorite vegetable is okra.
Tags: Bhranga