When they talk, the five sisters, their words strangle each other, pulling and plucking at the threads of truth. 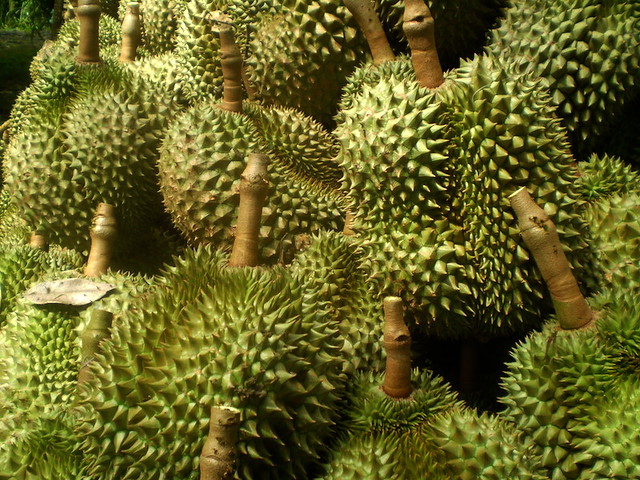 The women in my mother’s family are different. They are loud and speak over each other in conversations that have no beginning or end, so an outsider would struggle to discern listener from storyteller. They are sisters who wear their hair short and their laughs long, often at jokes they’ve been carrying inside themselves for years. My aunties live abroad, in countries with long winter months, where the food has no taste and the people even less, they say. And so every year they return home, to the tropical country of their birth, to the house of my mother, with their acquired accents, husbands, and children in tow. They bring gifts too: Swiss chocolate and TJ Maxx blouses, crystal stones and breadmakers, mince pies wrapped in wax paper and preventive vitamins for imaginary ailments. But most of all, when my aunties return, they bring their stories, some new but mostly old, told and retold, until no one can remember when truth began to bleed into fiction.

My oldest auntie is the most headstrong, they say. She moved to cold, unforgiving Minnesota to work as a small town kindergarten teacher. Two winters later, she married the town’s mayor and made his American life her own—house, boat, politics and all. But there is no such thing as the American dream, my auntie says now, picking strands of rambutan flesh out of her teeth. She reaches for another and nudges her daughter. See, you have to feel all around for just the right point, she says. Then, with a flick of the wrist, her jade bangles clink, and the fruit’s hairy red skin parts in two, offering up its juicy, pearl-white center.

My aunties sit at my mother’s large dining room table, slicing and eating and peeling back the skins of the fruits of their youth. My British auntie craves the sticky sweetness of Indian mangoes: You can’t find anything this good in London, she laments, not even in Harrow during the summer months. Ah, but you’re wasting it if you don’t eat the middle, her now-Australian sister says, sucking at the yellow-orange pit with all the rabidity of a child with an ice cream cone. This auntie, now a professor, is famous for calling off a wedding. But the invitations have gone out, said everyone, what is done is done! Nonsense, said my grandfather who ran a full page ad in the local newspaper, boldly announcing the end of the nuptials. In shock, my auntie fled to Tanzania, to the home of my grandfather’s sister, where she fell in love with a man from the country of her forefathers. They were married so quickly no one could attend save my grandparents, who flew in with a red Kanjiveram saree and the obligatory priest-blessed coconuts in their carry-on.

The sisters’ stories flow like the sap of the palm that sweetens their beloved sago pudding, first weak and watery from gaps in memory, then solidifying into family lore. When they talk, the five sisters, their words strangle each other, pulling and plucking at the threads of truth. They argue about dates and people and places, but they never fight, not even when their stories run rings around each other’s truth. Yet even their tallest tales are no match for the weather. We are no longer used to the heat, my aunties say, bemoaning the way the morning humidity lingers like a second skin. The midday sun, sedating enough to silence even the gossiping mynahs, sends the sisters scurrying for their air-conditioned rooms. But the heat of the tropics has a secret power, a deep, decolonizing effect on its repatriated children. It melts away the accents my aunties wear like borrowed coats and exposes the dialect of their inheritance, a mangled Malay-English, laced with the only bits of Tamil they know, mostly words for genitals and bodily fluids.

One year my mother organizes a trip to an orchard, where nets straddle the trees, crisscrossed and arched in anticipation of their plunder, fruits so heavy and thorny they could fall and crack a man’s head in two. Death by durian, the newspapers scream casualties every season. My aunties sit on faded red and blue plastic stools and watch as a Malay man with a hatchet slashes at the fruit’s dark-green armor till it cracks-splinters-fractures to reveal the creamy gold within. It tastes like caramel creme, says the British sister, trying to tempt her Mat Salleh husband. Nonsense, it’s more like the texture of an overripe avocado, says another. Whatever it is, it smells like the longkang next to the Lorong Ahmed house after a thunderstorm. Oh god, all the rubbish that would spill out from that drain! And treasures too. Remember the time we found the next door neighbor’s underpants on the lawn? Poor Mrs. Lai! And off they go—

Ashanya Lingam loves dabbling in fiction, in spite of a career in tech marketing. She is currently working on a short story collection that features a diasporic cast of Sri Lankan Tamils dealing with caste, colonialism, and the intergenerational effects of migration. Though Malaysian-born, she currently lives in Amsterdam with her partner and a dog named Rembrandt.