Essays    Reportage    Marginalia    Interviews    Poetry    Fiction    Videos    Everything
Kareem: An Excerpt from Technologies of the Self

‘He lingered on the edges of my social field of view, here in the basement lab where it was hot and loud’

By Haris A. Durrani 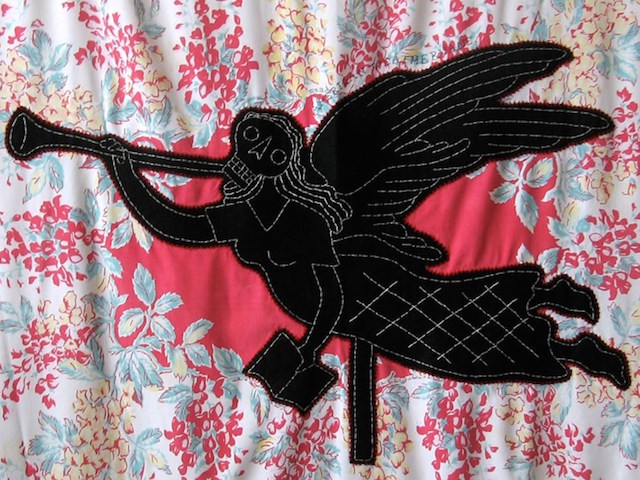 Haris A. Durrani’s debut novella, Technologies of the Self, is told from the perspective of Jihad, or Joe, a Dominican-Pakistani-Muslim engineering student growing up in Washington Heights. Sofia Samatar writes: “Haris Durrani’s debut is both a quirky coming-of-age story and a meditation on the technologies we use to make ourselves: immigration, religious conversion, science fiction, sex. It’s so true to mixed experience, it feels defiant.” Daniel José Older calls it “an unfiltered, unapologetic, and unforgettable narrative.”

Tonight, Friday, Arpil 15, come see Haris Durrani in conversation with academic and writer Sahar Ullah at McNally Jackson Books. They’ll talk about Muslims and Latinos in literature, genre fiction, and his debut novella, Technologies of the Self, winner of the 2015 Driftless Novella Prize from Brain Mill Press.

An excerpt from Technologies of the Self by Haris A. Durrani

I remember when Kareem met our research team three years ago and taught us how to use the machine. He got excited when he figured out I was Muslim and more excited when I told him Mom was from the Dominican Republic.

“Oh, dude!” he exclaimed. “Dude. You dating any Dominicans?”

He punched me in the arm. “Latina chicks are so hot, dude. You gotta hit that up. You got access, you know? I’m Egyptian. It’s here and there with us. Same with Pakistanis. Así así.” He winked. “But dude. Dominicans, man. You got access. You gotta key that in. The Dominican side. Oh, man. Oh, dude.”

I spent a year assembling in the robotics lab in the building next door and machining parts in the basement of the engineering school. Most of this time was spent with Kareem, who was meticulous in his preparation of each part. He blasted the Rolling Stones, Led Zeppelin, Billy Joel, Red Hot Chili Peppers, and Quentin Tarantino soundtracks through the lab speakers, unearthing vivid childhood memories of Dad playing music on long drives to Vermont. Kareem liked that I was president of the Muslim Students Association. He had graduated a few years before me and had worked on the MSA Board when he was an undergrad. We discovered we ran in the same friend circles with young alumni. (“You know Omar?” “Yeah.” “You know Rayan?” “Yeah.” “You know Shan?” “Yeah.” “You know Hajira?” “Yeah.”) He lingered on the edges of my social field of view, here in the basement lab where it was hot and loud, hidden under the Greek pillars and Roman numerals and offices and suits and libraries. Here beneath the foundation, where it clanked like rusty clockwork and reeked of gasoline, sawdust, and burning plastic.

“Don’t tell anyone on the MSA I’m here,” he cautioned. “My parents are trying to hook me up with a family friend around campus and word spreads and I already got this girl, you feel?”

He explained his evolution to me while lathing a shaft for our robot’s wrist.

“I got disillusioned like every Muslim gets in undergrad, and I was like, ‘Fuck it.’ It’s too much dealing with these people, you know? But you’re president, man. That’s very cool. You’re not like the rest of those idiots.” He looked up. “Don’t be like me. I want to make sure you don’t end up like me. I got fucked up. Don’t let that happen, man.”

I shrugged. “They’re not all idiots. There are some really good people doing good work, I think. Smart and faithful and dedicated.”

“Yeah yeah yeah. I know what you’re saying.” He removed his goggles. “But you know what I mean. You get it.”

“Yeah, I do,” I conceded. I missed the easy camaraderie of my high school robotics team, when the five of us relished the long, torturous hours. If the specter of NYPD surveillance and the university administration’s complicity in it wasn’t burden enough for Muslims on campus, we had our own differences to contend with, too.

He returned to the lathe and told me about his plans. He wanted to save enough to purchase or build his own boat, and then he would buy a shitload of supplies and take a copy of the Qur’an and maybe some Hadith and maybe some Al-Ghazali—but mostly just the Qur’an—and he’d sail the world. “I wanna get away from all this shit. I want it to be me and God, one on one.”

I laughed a little bit and thought about Titi Gloria and Uncle Jimmy, who used to sail to and from Puerto Rico and Manhattan.

“That’s cool, man,” I said, “but you know Muhammad, peace be upon him—he came down from the mountain. He didn’t sit there in his cave meditating on Gabriel’s message. He descended. Islam is about the people too. It’s about this world.”

I felt like a hypocrite. I prefer the cave on the mountain, too.

He pointed at me and yelped with joy. “Yes. Like that. That’s fucking it. We vibe, dude. We so vibe.”

Now, two years later and thirty feet away from the spot where he’d lathed the robot’s wrist, Kareem finally arrives at the lab. I don my gloves. He takes my hand and we chest-bump. “Salaams dude,” he says. “Gimme a sec.” He drops off a few parts and grabs his jacket. “I’m so glad we finally get to have lunch. It’s been a while. Sorry for my rants.” He has a habit of sending me long emails about the state of the ummah or Shari’a or the latest radical nutjob. I don’t mind, but I’m always too busy to read and think about them deeply. I tell him this. I tell him I prefer talking in person. It’s more valuable, I say. But I know I do the same to my other friends.

We walk down toward the nearest halal dive on 125th and Amsterdam. We miss it at first and double back and miss it again. When we walk in, we see the place is changed. The once-open kitchen on the right is now barely visible behind the cash register, which has moved to the back. The shelves are higher, and somehow they don’t seem to hold as many hookah.

Kareem and I sit down and order shawarma. We talk about how hard it is to work as engineers. We’re implicated in military and economic power. We talk about the bureaucratization of the aerospace industry. The general public has little say in what is supposed to serve as a project for the good of humanity. I tell him about Boeing’s X-37 orbital drone, an autonomous space shuttle whose details remain classified. I tell him premodern understandings of Shari’a might provide legal structures that favor plurality and community empowerment over centralized power. Kareem nods and raises his hands in delight. It’s like I’m ranting to Glory, but Kareem isn’t just willing to listen. He understands. He says 3D printers are the solution. He believes that in fifty years, 3D printers will decentralize the technology industry. Anyone can make anything for dirt cheap. People will fabricate plastic, iron, aluminum, and more from their closets. “That’s real democracy,” he concludes. “That’s real freedom.”

He shakes his head. “You have no idea. Sometimes I think I’m crazy.”

“People are stuck in their worlds.” He tells me about a guy ISIS burned to death. “It’s fucking crazy, man. These fucking idiots. They know nothing about Islam. We’re fighting each other for no reason. People are just . . .”

“It’s a political thing,” I say. “It’s about homogenizing power. We need a society that can accommodate multiple ways of being.”

He nods. “Yes. That’s it. People need to let people be. Let them live how they want to live.”

Haris A. Durrani 's acclaimed debut, Technologies of the Self, won the Driftless Novella Contest from Brain Mill Press. He is winner of the McSweeney’s Student Short Story Contest. Durrani is an M.Phil. candidate in History and Philosophy of Science at the University of Cambridge. He holds a B.S. in Applied Physics from Columbia University, where he cofounded the Muslim Protagonist Symposium. His work has appeared in or is forthcoming from Lightspeed, Comparative Islamic Studies, Buffalo Almanack, Analog Science Fiction and Fact, and The New York Review of Science Fiction, among others.
Tags: Fiction Friday, Haris Durrani 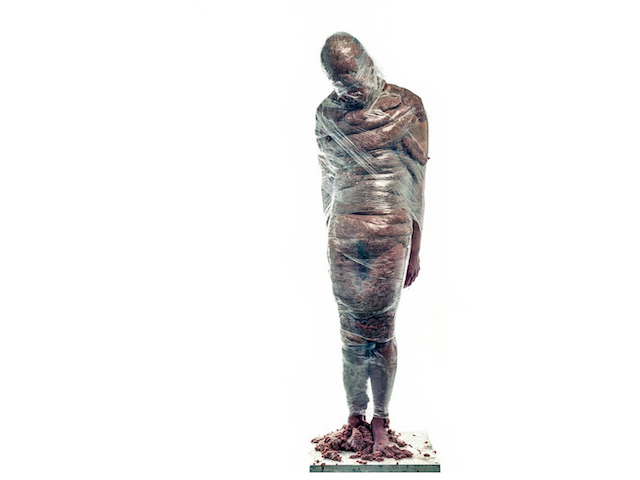 Terrorist-ish
'Shouldn’t be singing such a song, Ravi knew. But what to do? Inspiration, that was what was happening to him. He couldn’t help it. Had to let it out. He was artist. Couldn’t be always thinking about wars and horrors.'

The Last Living Aztec
'Perhaps it was not what he did so much as how he put it. He insisted on “killed” not “terminated.” He refused “vertical chamber apparatus” in favor of the lurid “pit of despair.” But he also called love “love.” What reason was there to pretend otherwise?' 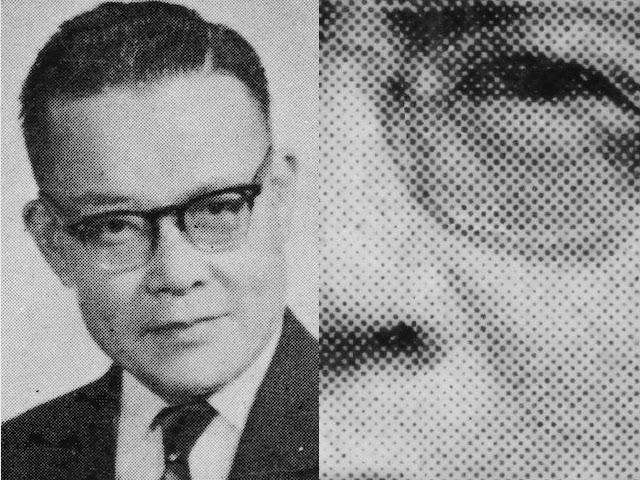 An Artificial Organ
'What else was contained within the pages? What had come before the tofu boxes and dusty scrolls, the grumpy old man who spent his last two decades in America cloistered in my uncle’s back house?'