Confronting whiteness, the ghazal as an elegy to queerness, and talking to Valeria Luiselli about American immigration policy. 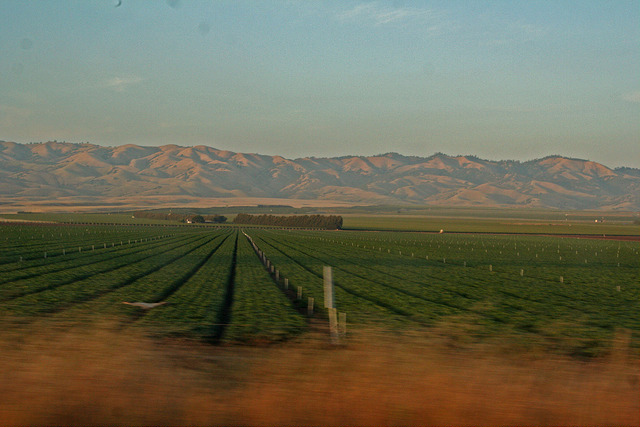 This week on Keeping Tabs we’re lending our ears to what’s going on around us. Whether it’s the puritanical nature of anti-racist organizing, the “affordability” of literature to a nation’s culture, or how we might understand our own melancholy better through literary histories, we’re bringing you stories, interviews, and essays that don’t have all the answers, but give us a diving board to explore new possibilities in today’s political climate, no matter where you might be in the world.

What would happen if there was a twelve-step program for white people, in an effort to make them un-racist? And what happens when you throw trans politics into the mix? Jeanne Thornton’s speculative short fiction appears here as a diagnostic for identitarian politics and the shortcomings of liberal-with-a-capital-L discourse.

This was exactly the kind of situation Patience hated very deeply: being stranded among cis people with a trans woman who had more self-respect and sense of personal autonomy than Patience did. Every one of these cis people—Patience always assumed—wanted to be Good People, and currently that meant being supportive of and interested in Trans Things. And in Patience’s experience, the things it occurred to her to say to cis people usually did help them feel better about themselves again. She always knew, in retrospect, that this snap emotional calculus of the situation was unfair: if her positions were convenient for cis people to hear, that didn’t make her positions not her positions, and it was impossible for her, placed in a bind of defiance/compliance, to view everything she thought through that bind.

Nearly 50 years after Singapore’s first Prime Minister famously remarked that “poetry is a luxury we cannot afford,” two Singaporean poets came together to discuss race, feminism, and the Singaporean poetry landscape, ultimately beginning to unpack what poetry does not only for Singapore, but for themselves.

JAC: I think the problem with making poetry a luxury is that you make it a good that is somehow unreachable to the masses. That disappoints me a lot. … The more we try to press for that being an important part of schools and public life, the better. Yeah, that’s my opinion.

Pooja: Honestly, I’ve never understood that quote, that poetry is a luxury we cannot afford. Like you said, it suggests that it’s like fluff. It’s a good thing to have, it’s a nice… oh, it’s the star on the Christmas tree but not the tree itself.

Booked: The Language of Deportation, with Valeria Luiselli by Natasha Lewis

Immigration policy has made news once again. And Valeria Luiselli’s book, Tell Me How It Ends (Coffee House Press, 2017), based on her work as a translator, is an inward look into the lives of undocumented young immigrants facing deportation. This interview with Dissent elaborates on the critique Valeria Luiselli channels in her book.

Lewis: Obviously since Trump’s election, there’s been a lot more attention to the question of immigration. But as your book shows, the fact that there’s a cruel approach to immigrants or refugees or migrants is not a new thing.

Luiselli: And it’s not a partisan thing either. The Democrats have been as cruel and maybe even crueler in terms of immigration laws.

Bill Clinton started building the wall. It’s his wall! Obama did the amazing DACA [Deferred Action for Childhood Arrivals] executive action. I have no idea why Obama reacted the way he did to the children’s crisis. I believe maybe he didn’t understand the dimensions of it, maybe he was just working on his own little baby—which was the DREAM [Development, Relief, and Education for Alien Minors Act] Act, DAPA [Deferred Action for Parents of Americans and Lawful Permanent Residents, which, had it been implemented, would have allowed undocumented parents of U.S. citizens to apply for work permits and not be deported], DACA, and he thought everything else would cloud it and he had to reach a kind of compromise. It’s probably not very useful to speculate. The point is that Obama’s response to this crisis was not one that anyone could call responsible or humane.

The elegy has been the form for European writers to express melancholy and grief. In this piece, Rajat Singh examines the ghazal, a form of poetry originating from the Arab world, and mines it for its own articulations of love and melancholy.

Melancholy sits at the heart of a long literary tradition in Urdu letters. But is melancholy contagious? Can melancholy be transferred through art forms like ghazal, thereby collapsing the distance between poet and audience? Brimming with bubbly optimism, the lyrics of top-forty songs imbued in my friends an alluring confidence. I saw how words by popular hip-hop artists gave these women and queer men power in a world that wanted to render their bodies invisible or disposable. For me, the distance between verse and the self I sought to cultivate was something I wanted to see dissolve. Put another way, I turned to ghazal to render my queerness as not only beautiful but historical. I was already the man who felt too much—itself an antiquated trope, out of touch with reality.

Keeping Tabs: Chasing Knowledge and Future Liberation
Reads that encourage us to resist complacency and keep searching for new ways of thinking and being in the world–all in the name of self-determination.

Keeping Tabs: Strange Places and Safe Havens
On accountability – as readers, writers, and members of society.