By The Asian American Writers' Workshop 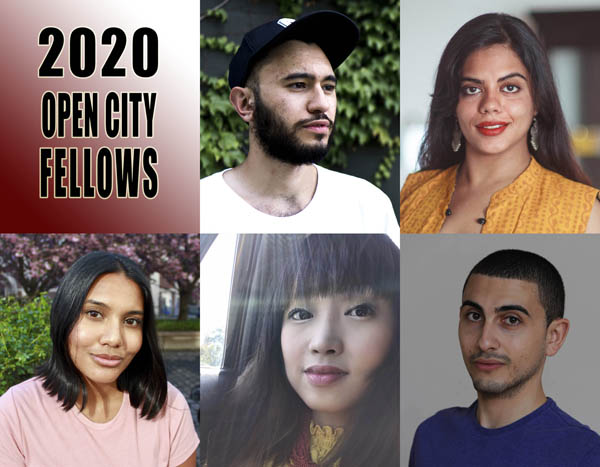 The Asian American Writers’ Workshop is pleased to announce the 2020 Fellows for Open City’s Neighborhoods and Muslim Communities Fellowships.

Five emerging writers, with roots from Asia and the Middle East and North Africa (MENA), will embark on a nine-month fellowship reporting on and writing about the Asian American and Muslim American communities in New York City. The Fellowships start in January and will end in September 2020.

The Fellowships aim to provide expression to the AAWW’s belief that Asian American stories need to be told, and to build new ways of imagining what it means to be an American and a global citizen.

The Neighborhoods Fellowship is a unique opportunity for emerging Asian American writers to publish narrative nonfiction on the vibrant Asian American communities of New York City.

Fellows from both programs are given the opportunity to publish their works in Open City, receive mentorship, and attend writing and editing workshops.

Beginning in 2011, the AAWW launched Open City, an unparalleled digital journalism initiative to help tell the stories of low-income Asian immigrant neighborhoods across New York City, and with it the Open City Fellowship, which supports and trains writers to craft narratively driven, creative nonfiction and reportage about issues that matter to the 1.6 million Asian immigrants who call the five boroughs home.

Open City Fellows have covered the stories of Chinatown residents during Hurricane Sandy, creative efforts to stop displacement in Sunset Park, stop-and-frisk in Jackson Heights, domestic violence and toxic masculinity within the Indo-Guyanese community, the plight of Yemeni Americans whose country is being bombed by the U.S., and Arab American women learning to assert their rights and to defend themselves.

Interested in applying for one of our fellowships? Application for the 2021 Fellowship will open in early September next year.

Noah Flora is a freelance reporter, culture writer and fact checker based in Queens, New York. They write, about politics, labor migration, mass movements, race and literature. Noah is affiliated with The Nation, Democracy Now! and The Progressive, and have previously freelanced for outlets like Foreign Affairs and Type Investigations.

While visiting their family in the Philippines in 2018, they became involve d with the ongoing struggle for national liberation in the Philippines. They continue that work in the diaspora as a people’s educator and grassroots community organizer in New York.

Noah is also, sometimes, a musician and fiction writer.

They graduated from The Ohio State University in 2014 in their hometown, Columbus, Ohio, and they received their M.A. in English Literature from Rutgers University in 2018, where they taught and studied for three years.

Amir Khafagy is an Egyptian/Puerto Rican, New York City-based activist and journalist. Born and raised in a working-class family in Jackson Heights, Queens, Amir has been involved in social justice movements for nearly a decade.

As labor and community organizer, Amir has been part of Occupy, the Fight For $15, Black Lives Matter and as well as other campaigns such as prison abolition, free CUNY, and housing justice. He holds a BA in Urban Studies and an MA in Urban Affairs from Queens College.

Much of his work focuses on the intersection of race, urban development, environmental justice, and community. He has written on such topics as tenement residents in Chinatown fighting against eviction and the dwindling days of Greyhound racing in Southern Florida.

Recently, Amir was named one of the New Economies Reporting Project’s Finance Solutions Fellows. His work has been featured in publications such as The Nation, Curbed, Vice, CityLab, Gothamist, City Limits, Dissent, Shelterforce, The Indypendent, Jacobin and In These Times. Follow his work on Twitter @AmirKhafagy91

Soumya Shankar is a politics and international affairs journalist focused on the region of South Asia, and the South Asian community in America. Her work, centered on electoral politics, conflict, migration and social movements has appeared in Foreign Policy, South China Morning Post, The Intercept, Religion News Service, The Caravan, The Hindu Businessline, among others.

She was declared a GroundTruth Fellow in Fall 2019 to cover the rise of democratically elected authoritarian leaders for the ‘Democracy Undone’ project. A recipient of the Foreign Press Association USA’s Scholarship Award 2018, Shankar teaches journalism at Stony Brook University.

Raised in New Delhi and a current resident of New York City, she is a passionate defender and critic of both. Shankar holds a Masters in Politics and Global Affairs from the Columbia Journalism School and remains a lifelong student of political science and philosophy.

She also covered economics and finance for Quartz, where she focused on communities of color.

She began her media career in documentary filmmaking, producing for the Emmy-nominated, long-form video team at Mic and directing, producing, and hosting Elephas, a 90-minute documentary on endangered elephants in India. Her work has been nominated for the Gerald Loeb Award and a Webby.

Preeti is deeply interested in the intersection of South Asian diasporic culture and the economy. She hopes to tell stories in writing, radio, and video that excavate, analyze, and tell stories of the Desi-American community. Preeti has a BA in Economics-Mathematics from Columbia University. She is classically trained in Carnatic violin, which she loves to play in her spare time.

Born in Shanghai and raised in NYC, Kate has been organizing for social justice in the Asian-Pacific American community since age 15 for the Chinatown Literacy Project , of which she was a co-founder. She was also a former executive director of Chinatown Youth Initiatives. 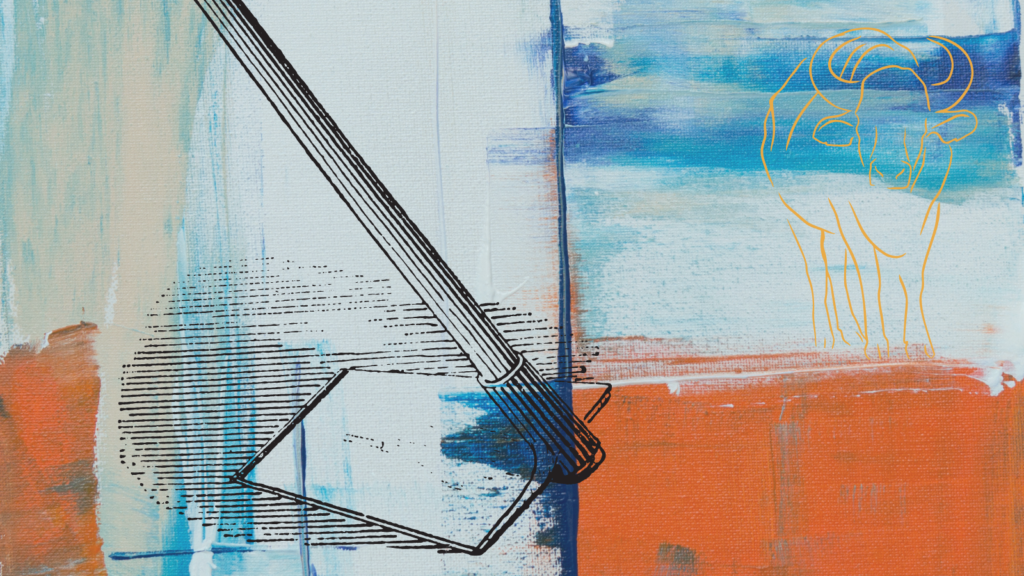 Flippin’ Who Gets to Tell the Stories of America
Luis H. Francia and Eric Gamalinda talk about the making of AAWW's Filipino American literary anthology 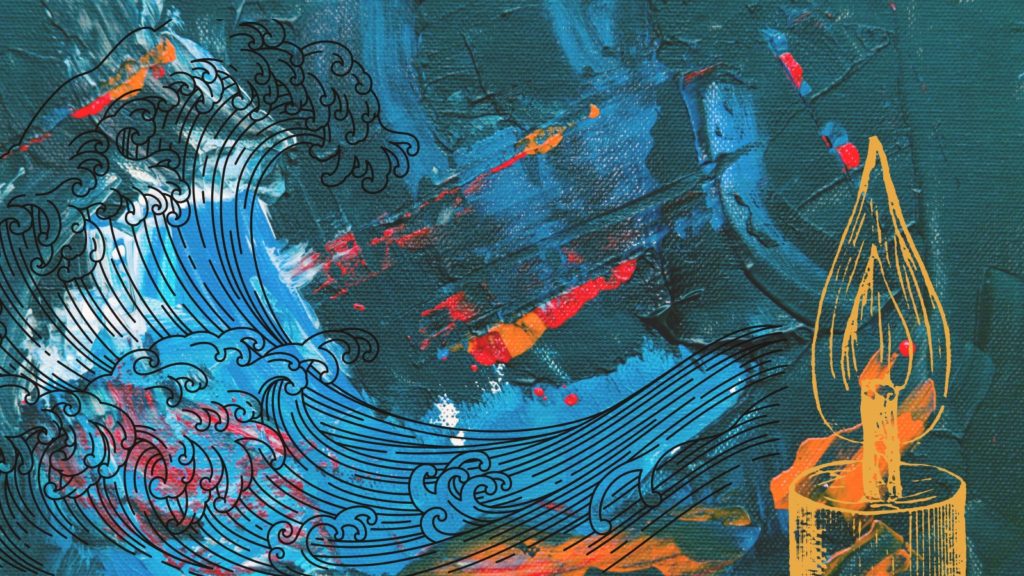 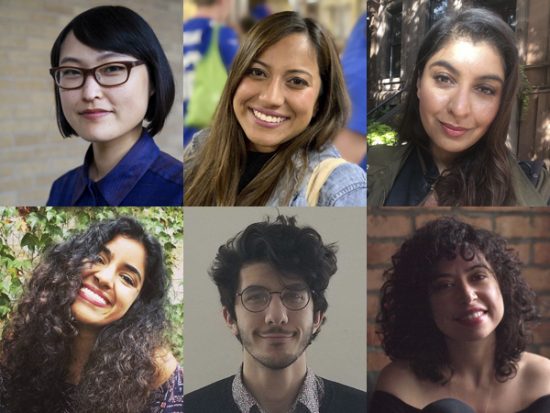