‘Grief is deep green and carries a sharp scent./ Memory and rain are like nothing that keeps./ She disappeared in the season of roubai.’ 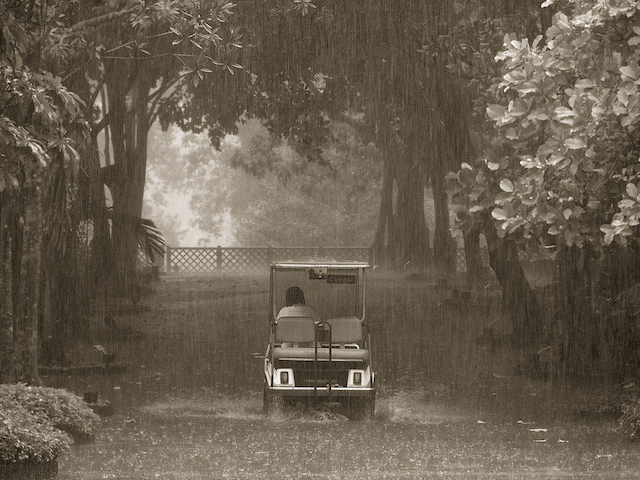 The Last Time I Saw Her

From the car I watched
as my mother ran
toward the train
that would take her back
to the only life she knew
how to live.

The train was powerful
and sleek.
It would travel
with efficient speed,
with the smooth precision
of machinery
toward the familiar:
the house
with its silence,
the ineffectual man,
the bruises spreading
their dark stains.

In the season of roubai, nothing answers.

We bury the roots with a poem folded twice
and ladle water over tamped earth.

The garden fills with rain and distances.

Perhaps this is how it ends– little ceremony,
the lost mother permitted to return home.

Grief is deep green and carries a sharp scent.
Memory and rain are like nothing that keeps.

She disappeared in the season of roubai.

Crows drift above the darkened temple,
their ragged cries and the falling off after—

It is the falling off that I want to hold on to,

yet the notes smear and fade, so I reach
for something that might choose to stay.

The missing are restless. They wander
between two worlds and belong to neither.

In the season of roubai, she does not answer.
How does it begin and where does it end?

What I mean to say is: There is
no fathomable point of entry—

What I mean to say is: she was of this world
and then was not.

Trees know the meaning of happenstance.
So does the sea and all that lives in her.
As a girl swimming in a pond buzzing
with horseflies, I felt a cool current
slide over me, then pass on. This
was the lesson, though I did not know it then.
The harbor is not our permanent home.
Think of love and its stages: rapture,
the wound, then the final parting.
Knowing from the start how it will end.
We breathe into our cupped hands, hoping
to keep it alive as long as we can.
Among shouts of laughter the carousel
slows its tune, then falls still, and a child
returns from that world to this.

Mari L'Esperance was born in Kobe, Japan to a Japanese mother and a French Canadian-New Englander father and raised in the Pacific Rim. A graduate of the Creative Writing Program at New York University, where she was a New York Times Company Foundation Creative Writing Fellow, Mari also holds an MA in Counseling Psychology and a BA in Journalism. The Darkened Temple was the 2007 Winner of the Prairie Schooner Book Prize in Poetry, and was published by the University of Nebraska Press in 2008.
Tags: