By Ashley Somwaru and Wen Zhuang 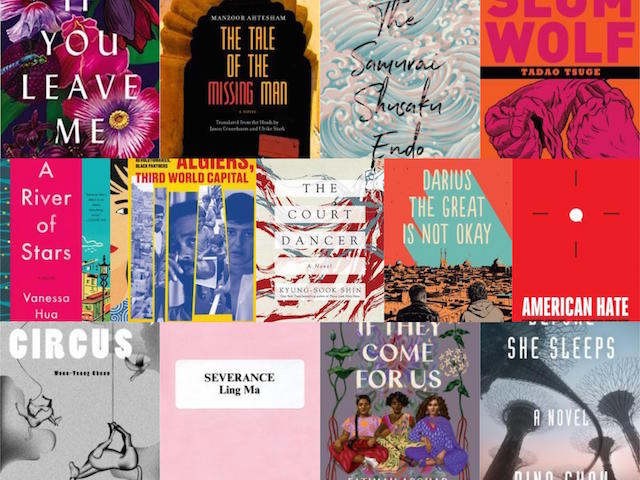 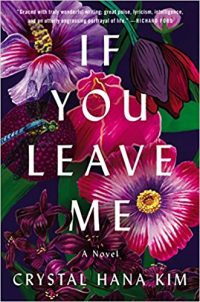 If You Leave Me by Crystal Hana Kim

Set in the 1950s during the Korean conflict, If You Leave Me is a riveting story of war, refugee life, and a struggle to choose between safety and passion. When the war forces sixteen-year-old Haemi and her family to flee the communist North to a refugee camp in Busan, South Korea, desperation ensues. In order to help her ailing brother, Haemi chooses to marry Jisoo, but when the wealthy cousin of her friend but Haemi begins to second guess if letting go of her passion was worth it when her first love re-enters her life. You can see Crystal read at our space with Vanessa Hua and Lucy Tan on September 20. (William Morrow, Aug. 7) 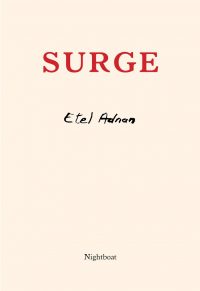 A new volume of aphoristic prose and philosophical poetry from Etel Adnan, whose work The New York Times recently described as the “meditative heir to Nietzsche’s aphorisms, Rilke’s Book of Hours and the verses of Sufi mysticism.” She writes: “Reality is messianic/apocalyptic/ my soul is my terror.” (Nightboat Books, Aug. 3) 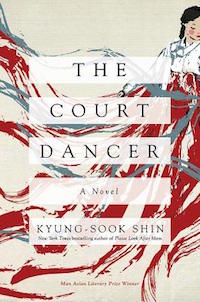 The celebrated author of the Man Asian Literary Prize-winning novel Please Look After Mom returns with the story of Yi Jin, an orphan who becomes the star of the Joseon Court. When a French diplomat falls in love with Yi Jin, the two travel to Belle Epoque Paris where she is plagued by homesickness for Korea and her oldest friend in this “gorgeous epic that seamlessly combines history and fiction to create a hybrid masterpiece.” (Pegasus Books, Aug. 7) 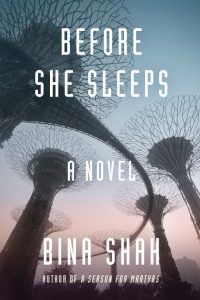 Before She Sleeps by Bina Shah

After nuclear war and a deadly virus wipes out a large population of women, the government starts using terror and technology to control the people of Green City, the capital of South West Asia. In this dystopian society, women are forced to take multiple husbands and have as many children as possible. However, underneath this city, a resistance of women is brewing, fighting against female seclusion, gender selection, and control of women’s bodies. (Delphinium, Aug. 7) 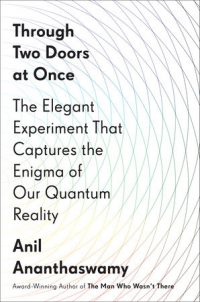 Through Two Doors at Once by Anil Ananthaswamy

Anil Ananthaswamy embarks on the intellectual adventure of the “double-slit” experiment, which shows how a sunbeam split into two paths first challenged our understanding of light and then the nature of reality itself—and continues to almost 200 years later. By traveling through history, and navigating all around the world, Ananthaswamy contends with micro and macro questions: “How can a single particle behave both like a particle and a wave? How can particles influence each other faster than the speed of light? Is there a place where the quantum world ends and the familiar classical world of our daily lives begins, and if so, can we find it?” (Dutton, Aug. 7) 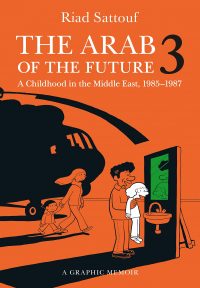 The Arab of the Future 3: The Circumcision Years: A Childhood in the Middle East, 1985-1987 by Riad Sattouf

The widely acclaimed, international best-selling graphic memoir by Riad Sattouf is releasing its third installment of the series. In this volume, Sattouf will begin to realize that life in Syria is filled with patriarchal constraints, poverty, and a pious hierarchy. The conflict of his mother’s oppression and his father’s weaknesses start to shadow his life of seven-year-old Sattouf in this “beautiful, funny, and important graphic memoir.” (Metropolitan/Henry Holt, Aug. 7) 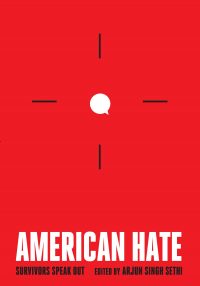 A necessary read for this current time, American Hate centers its focus on hate crimes and hate speech that have been happening before and after the 2016 presidential election. Activist and lawyer Arjun Singh Sethi gives a voice to the many survivors and families of those who have been victims of intensified bullying, discrimination, and violence. By looking into these tragic moments, readers can hear from those who have been silenced, and learn how to brave hate in the future. (The New Press, Aug. 7) 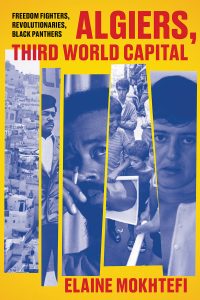 Following Elaine Mokhtefi’s story, during the time of the Algerian war for independence and the defeat of France in 1962, this first-hand account gives a peek at the liberation capital of the third world, from shaking off colonialism to helping the Black Panthers establish an outpost in exile. (Verso, Aug. 7) 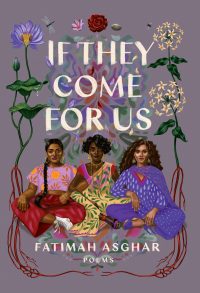 If They Come For Us by Fatimah Asghar

From the co-creator of the Emmy-nominated web series Brown Girls comes a collection of poetry that grapples with the trials and tribulations of coming-of-age, especially when questioning one’s race and sexuality without the guidance of a mother and father. At once joyful, vulnerable, compassionate and structured throughout with experimental form and language, Asghar also presents her readers with the various facets of violence: how it persists within us, how it is inherited across generations, and how it manifests itself in our relationships. You can read more of Asghar’s poetry on The Margins and see her read at our space on August 28 with Vivek Shraya.(One World, Aug. 7) 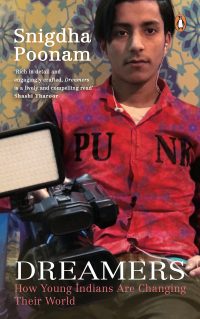 Dreamers; How Young Indians are Changing the World by Snigdha Poonam

Journalist Snigdha Poonam explores the lives of a demographic that comprises more than half of the Indian population: those under the age of twenty five. Raised with the cultural values of their grandparents but still holding onto the life goals of American teens, these young fortune-seekers—aspiring Bollywood stars and clickbait gurus, the Cow Protection Army hoodlums and Allahabad University’s first female Student Union President—are all united by the belief that they were born for bigger and better things. (Harvard University Press, August 13) 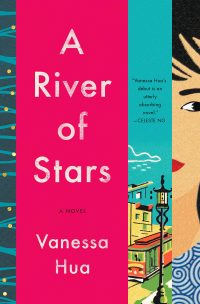 A River of Stars by Vanessa Hua

Set in a secret maternity home in Los Angeles, A River of Stars is the tale of Scarlett Chen, a factory worker from China who was sent to conceive her child on American soil by her former boss and husband. She befriends another outsider, Daisy, and due to unforeseen circumstances, escapes to San Francisco. Lauded by Celeste Ng as utterly absorbing, A River of Stars is a debut novel that guides us along the wild and at times dangerous path that individuals take to get their own share of the American dream. Vanessa will be reading at our space with Lucy Tan and Crystal Hana Kim on September 20. (Ballantine Books, Aug. 14) 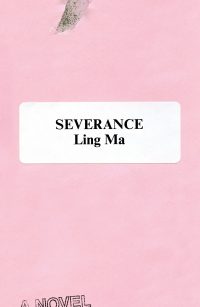 Ling Ma’s “biting indictment of late-stage capitalism” is set in post-apocalyptic New York City after a plague, Shen Fever, strikes the city. Candace Chen is stuck in a dead-end job helping publishers make specialty Bibles when the disease hits. The infected are doomed into a life of drone-like repetition, forced into repeating rote tasks (folding clothes, setting tables) until they die. A satirical send-up of millenial culture, a horror novel that tackles the impending end of America, “Severance announces its author as a supremely talented writer to watch.”  (FSG, Aug. 14) 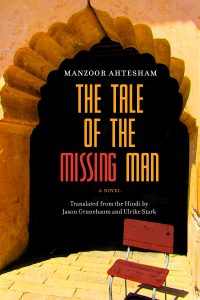 The Tale of the Missing Man by Manzoor Ahtesham; translated by Jason Grunebaum and Ulrike Stark

Through the character’s struggle with alienation, guilt, and postmodern anxieties, Ahtesham paints a picture of modern Muslim life in the wake of the 1947 partition of India and Pakistan. A novel of a heroic quest gone awry, The Tale of the Missing Man plays with the conventions of the Urdu romance. (Northwestern University Press, August 15) 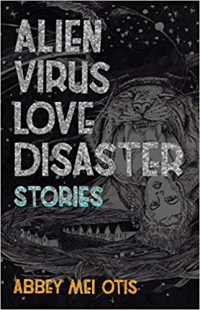 The twelve stories in this new collection by Otis read as striking indictments of the present as well as a powerful warning for the future. Having long been fascinated with exploring dynamics of power, oppression, and grief, this collection presents contemporary fiction at its strongest and dives deep into the human psyche. (Small Beer Press, Aug. 16) 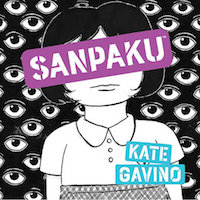 12-year-old Marcine is from a strict religious Filipino American family, but her strongest conviction isn’t in God but in sanpaku, the eye condition her late grandmother had, and in finding its cure.  The artist behind Last Night’s Reading, Kate’s debut brings “deadpan humor to a unique coming-of-age story.” You can see her at our space on August 22. (BOOM! Studios, Aug. 21) 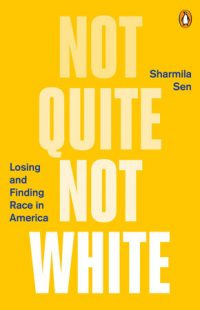 Not Quite Not White: Losing and Finding Race in America by Sharmila Sen

Sharmila Sen’s new book is not quite memoir and not quite manifesto. It’s rife with interests of the in-between, exploring race and assimilation in the United States and journeys into the many contradictions at the heart of non-whiteness. As a teenager who moves to America in the 1980s, Sen is eventually forced to reckon with the hard questions: What does it mean to be white, why does whiteness retain the magic cloak of invisibility while other colors are made hypervisible, and how much does whiteness figure into Americanness? (Penguin, Aug. 28) 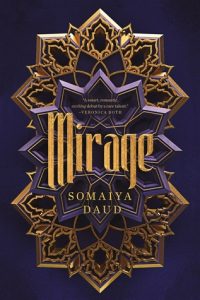 Set in a star system dominated by the brutal Vathek empire, Mirage tells the story of 16-year-old Amani who loves to read and dreams of one day receiving a sign from the warrior queen Dihya to travel beyond her isolated moon. When Amani is kidnapped and taken to meet the cruel half-Vathek Princess Maram, she reckons with their searing similarities and is forced into the role of Princess Maram’s body double, appearing in public and ready to die in her place. Amani embarks on an unexpected journey that’s equally rife with the glitz and glamour of princess life and the world of violence and fear. (Flatiron Books, Aug. 28)

Darius the Great is Not Okay by Adib Khorram

Adib Khorram’s debut novel tells the story of Darius, who suffers from clinical depression and feels as if he’s always just a few steps behind being good enough. On a dreaded trip to his hometown in Iran, Darius meets Sohrab who introduces to him to the beauty of the place he felt estranged from and the wonders of a friendship he has never known. (Dial Books, Aug. 28) 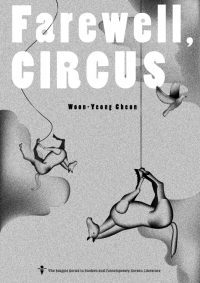 Woon-Yeoung Cheon’s haunting novel takes us into the rarely portrayed underworld of foreign picture brides in South Korea. Told from the alternating perspectives of Yunho and Haewha, Farewell, Circus crosses borders and seas to dramatize the silence that lies inside people living between cultures and in a world of rapidly changing histories, identities, and demographies. (Kaya Press, Aug. 28) 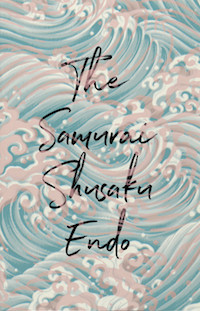 The Samurai by Shusaku Endo, trans. by Van C. Gessel

Shusaku Endo’s The Samurai follows four low-rainking samurai and a Spanish priest as they journey from feudal Japan to Mexico then Rome on a four year-long journey for trading rights and God. Upon returning to Japan they find themselves foreigners in a changing country in this historical novel full of “rich and full spiritual vision.” (New Directions, Aug. 28) 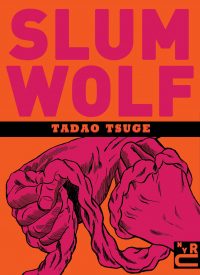 Tadao Tsuge cult comics pioneered the alternative manga scene in 60s Japan. His work from the 60s and 70s, his “raucous, lyrical, and unforgettable” stories of the underbelly of post-War Japanese society is collected in this new volume translated by Ryan Holmberg. (NYRB, Aug. 28)